One of the most critical yet often under-discussed skills in boxing is gauging range and managing distance. The terms “range” and “distance management” refer to knowing how far away your opponent is and being able to adjust accordingly.

There are many benefits to being able to gauge distance effectively. For one, it makes you more rounded as a boxer. It also allows you to control the fight better and keep your opponent at a comfortable distance. Additionally, it helps you to set up punches and avoid getting hit yourself.

Once you understand your opponent’s range, it’s crucial to manage the distance between you and them. You don’t want to be too close or too far away. If you’re too close, your opponent will be able to land punches more easily. If you’re too far away, you won’t be able to land your punches effectively. The key is finding a happy medium where you’re close enough to land punches but not so close that you’re vulnerable.

Adjusting your distance can be done by moving forward or backward as needed. Another way to adjust distance is by changing angles. You can pivot away to create some space if you’re too close. Or, if you’re too far away, you can take small steps to close the distance.

Gauging range and managing distance are essential aspects of boxing. By understanding how to do both, you’ll be a more well-rounded boxer who is better able to control the fight.

Here are some of the ways fighters use range and distance inside the ring:

The outside fighter is a boxer who uses their reach and footwork to keep opponents at a distance. They use jabs and other long-range punches to pick opponents apart without getting hit. These fighters typically spend most of their time inside the ring outside their opponent’s range. The most effective outside fighters often have enough power to deter opponents from closing the distance on them. 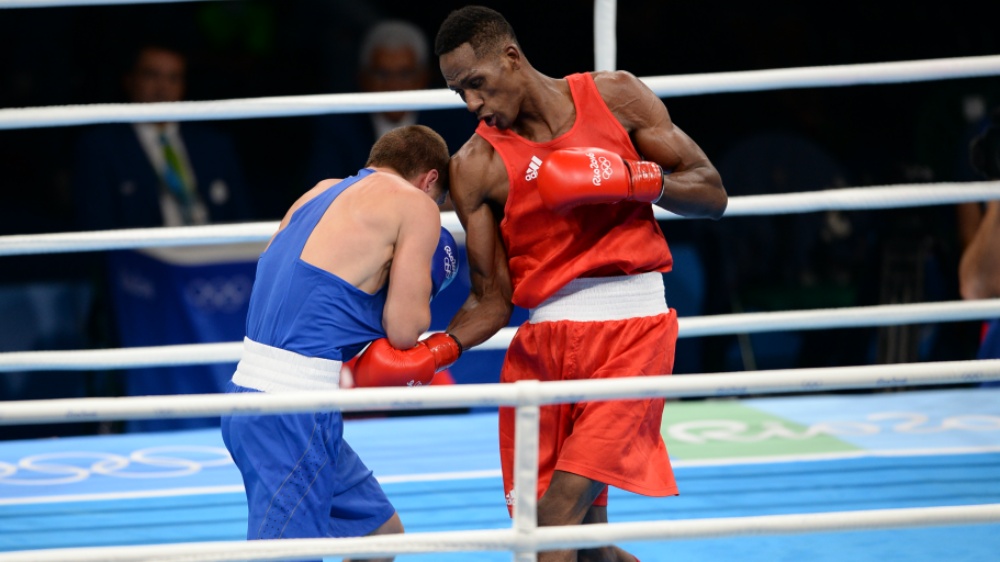 The inside fighter is a boxer who looks to get close to opponents and land short, powerful punches. They use their body weight and strength to wear opponents down and force them into making mistakes. These fighters typically have effective blocking styles and strong chins, so they are not particularly worried about what’s coming back at them.

The counter-puncher is a boxer who looks to wait for opponents to make a move before countering with a punch of their own. They use their timing and reflexes to land clean shots while avoiding getting hit. Counter punchers tend to fight right at the edge of their opponent’s range, which forces them to make mistakes like leaning into strikes, making them more vulnerable to counters.

Drills That Improve Your Ability To Gauge Distance

Let us take a look at some simple boxing drills you can perform to improve your ability to gauge distance:

This drill is designed to help you improve your ability to gauge distance with your jab. To perform this drill, start in your boxing stance and throw a jab at an imaginary opponent. As you extend your arm, pay attention to your imaginary opponent’s distance. Try to be as accurate as possible. After throwing the jab, reset and repeat. Keep doing this for three to five minutes.

This drill is designed to help you improve your ability to gauge distance by watching your opponent’s feet. To perform this drill, you’ll need a heavy bag. Start in your boxing stance and push the heavy bag away from you. Pay attention to where the bag moves while actively gauging the distance it travels. As soon as the bag returns, find your range and throw a few combinations before you repeat the process. This drill imitates the movements of how opponents move forward and back, allowing you to discover your ideal punching range in the ring. 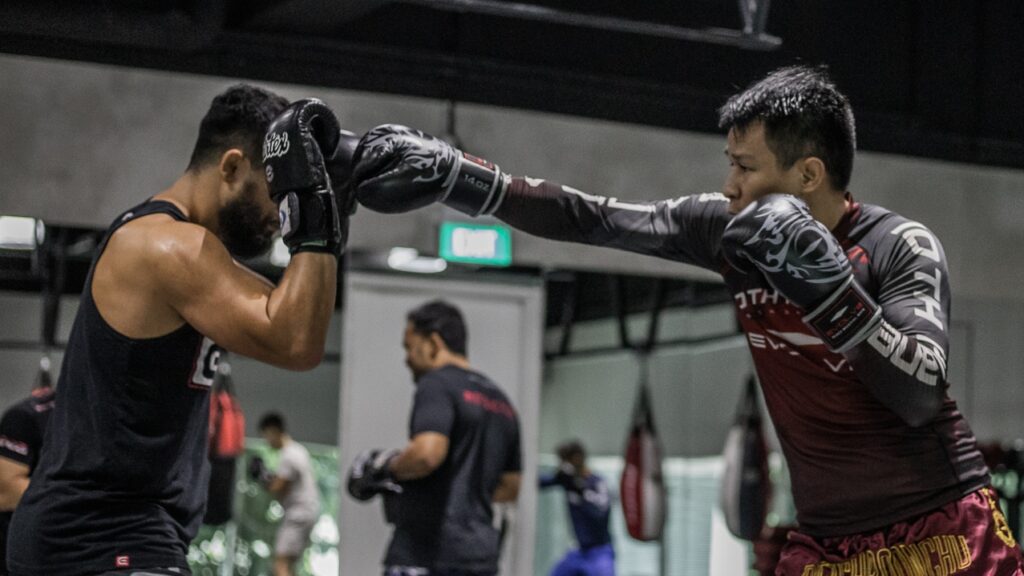 This drill is designed to help you improve your ability to adjust your distance when punching. To execute this drill, start in your boxing stance and have your partner throw punches at you. As they punch, pay attention to their range and move forward or backward as needed to maintain a comfortable distance. After a few minutes, switch roles and have your partner do the drill.

Sparring allows you to apply what you’ve learned against a resisting opponent who also trains. To perform this drill, start by sparring with your partner as usual. Pay attention to their range and use the techniques you’ve learned to adjust your distance accordingly.

Practicing these drills will improve your ability to gauge and manage distance effectively in a boxing match. This will make you a more well-rounded boxer who is better able to control the fight.

The Benefits Of Being Able To Gauge Distance In Boxing

Some of the benefits of being good at managing and gauging distance as a boxer include:

1) You’ll Be Able To Control The Fight Better

You’ll be better positioned to control the fight if you can effectively gauge and manage distance. You’ll be able to dictate the pace and keep your opponent at a comfortable distance. Additionally, it can help you set up punches better and avoid getting hit yourself. 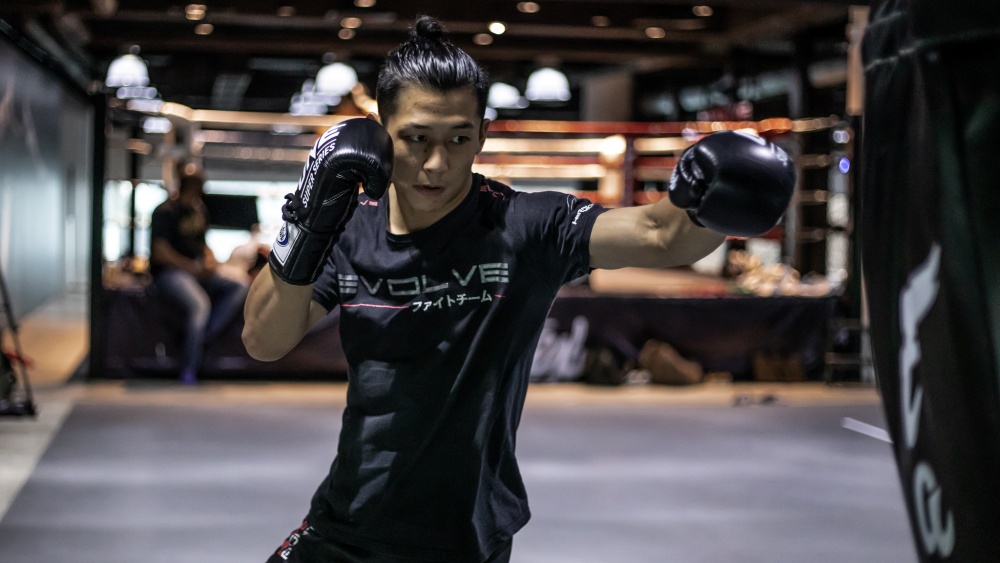 Understanding how to gauge and manage distance makes you a more complete boxer. It’s an essential aspect of the sport that is often overlooked. By becoming proficient in this area, you’ll be a more well-rounded fighter who can better compete at a higher level.

3) You’ll Have An Advantage Over Your Opponents

Not all boxers understand the importance of distance. If you can master this aspect of the sport, you’ll have a significant advantage over many opponents. You’ll be better able to control the fight and land punches more effectively. 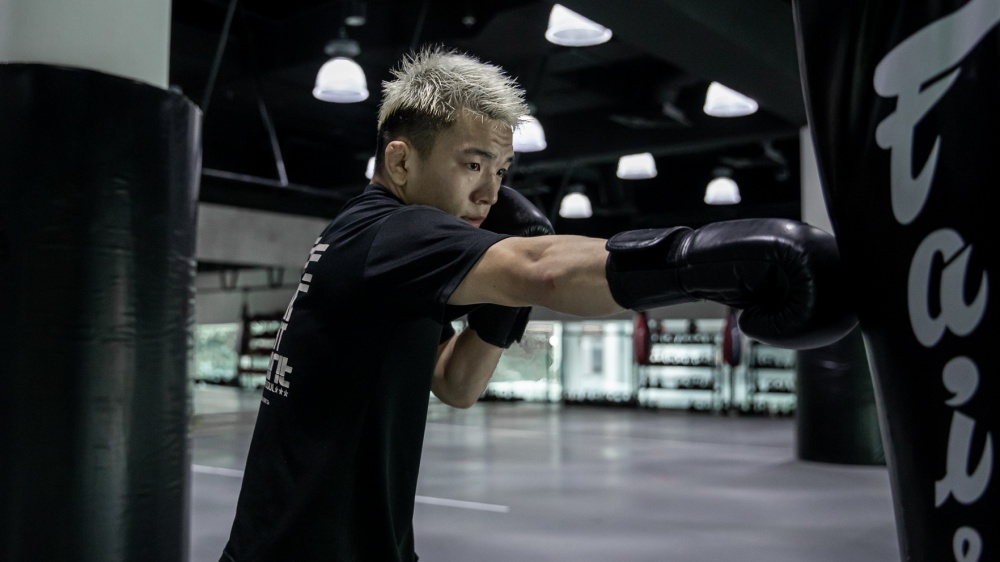