Learning how to stop takedowns is a crucial part of mixed martial arts, and it’s one of the things you can learn in an MMA gym. You don’t want your opponents to be able to take you down at will, regardless of how good your bottom game is. MMA judges tend to view the fighter on top in ground positions as the person winning the fight, so playing guard during an MMA fight will typically lead to you losing rounds on the scorecards.

One of the first things that might come to your mind when takedown defense is discussed is sprawling, but there’s more to successfully stuffing takedowns during MMA matches than that. If the timing on a takedown is perfect, the odds of you being able to sprawl out of it is significantly low unless you are a considerably better wrestler than your opponent.

A huge portion of stopping takedowns is not even giving your opponent a chance to get a good shot in. Simple things you can focus on to improve your takedown defense include:

1) Work on your footwork

Sleek footwork doesn’t only help you to evade punches and kicks; it can also help you to avoid takedowns. Former UFC Bantamweight Champion Dominick Cruz is an excellent example of an MMA fighter who effectively makes it hard for his opponents to shoot in for takedowns with his footwork.

If you’re worried about an opponent’s takedowns attacks, launch your attacks and quickly get out of the way. You might force them to go for desperation takedowns as they struggle to catch up with you in the cage.

Sometimes, the best way to stop a takedown is by hitting an opponent with a vicious strike. There are many examples of this in MMA, from Jorge Masvidal’s viral flying knee knockout of Ben Askren to Derrick Lewis sending Curtis Blades to the shadow-realm with a nasty uppercut as he shot in for a takedown.

You don’t even need to land one of these strikes to use it as a form of takedown defense. Simply feinting and showing what you have planned can be enough to discourage some fighters from shooting in.

The most effective strikes for defending against takedowns are knees, uppercuts, and elbows. A knee is arguably the easiest to land since going for a takedown requires your opponent to drop their head down. You lift your knee as their head comes down, and boom! The fight is over.

Uppercuts require a little more skill to land, but they also take advantage of your opponent’s downward momentum. Landing a full power uppercut or knee as someone shoots for a takedown typically leads to a knockout or the person being stunned.

Elbows are not particularly effective at stopping takedowns in open space, but they work well against the cage. If you ever find yourself defending against a takedown with your back against the cage, fire elbows at the side of your opponent’s head. It can knock them out and end the fight or force them to abandon the takedown and bring their head up to avoid the strikes.

Submissions can also be used to defend against takedowns. The guillotine choke is the most commonly used, but others like the Peruvian necktie can also be used. Going for takedown requires dropping your head and pressing it against your opponent’s torso. Fighters often get sloppy with their technique, especially when fatigue creeps in, leaving them open to various chokes.

If you ever find yourself defending against a takedown and your opponent’s head is facing the floor, try going for a guillotine choke.

3) Master the fundamentals of wrestling

It’s no surprise people who are outstanding wrestlers typically have pretty good takedown defense. The better you understand the basics of wrestling, the easier it will be to avoid getting taken to the canvas.

This goes beyond simply sprawling and using your hips to avoid takedowns. It includes learning when to use the different types of hooks like underhooks and overhooks to give yourself leverage over your opponent.

For example, getting double underhooks is typically advantageous when you find yourself in a clinch. It makes it difficult for your opponent to complete most conventional wrestling takedowns, but you still need to watch out for the various judo throws that are performed with double overhooks (which is what your opponent has when you have double underhooks).

Wrestling also teaches you how to scramble when you find yourself in a compromising position, and it’s one of the most prominent advantages wrestlers enjoy. Regardless of how good your takedowns are, you want to know how to escape compromising positions like bottom turtle.

Your opponent will have an easy time taking you to the ground if you are not smart about your shot selection. Some techniques leave you unbalanced as you execute them, making it easier for your opponent to complete a takedown.

Kicking techniques, in general, make you more vulnerable to takedowns since they are easy to catch, so your opponent has control of one leg while you struggle to remain balanced with only one.

Loading up on your strikes also leaves you vulnerable to takedowns since your opponent can duck under and shoot in. If you’re worried about being taken down, take some power off your strikes and try to limit your combinations to no more than three attacks. 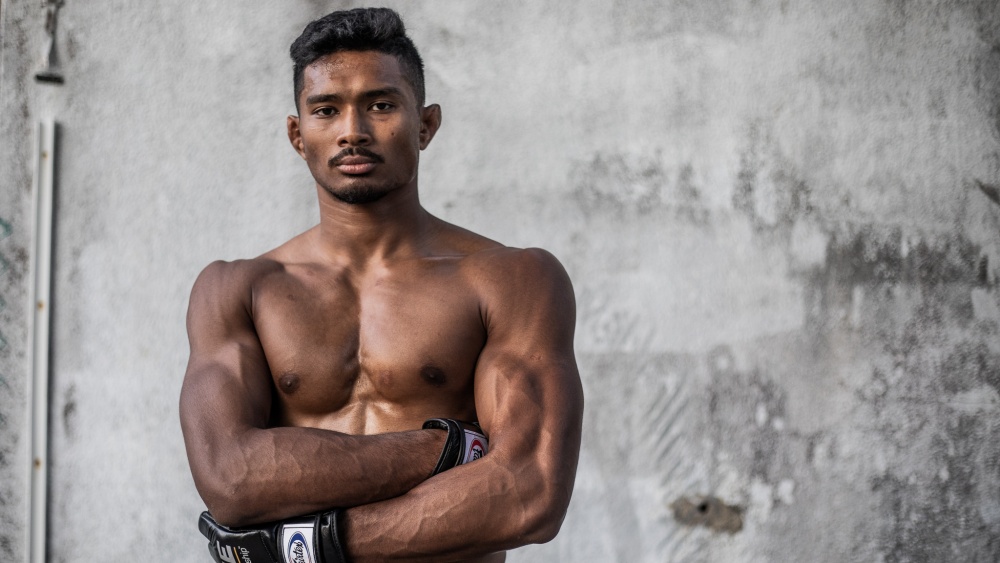 Your takedown defense loses its effectiveness as you get tired during a fight. It isn’t uncommon in MMA to see a fighter successfully defend against takedowns in the first round, only to be grounded for the rest of the fight.

Defending takedowns takes a lot of energy, so make sure you’re in shape to defend against as many as your opponent decides to throw at you.