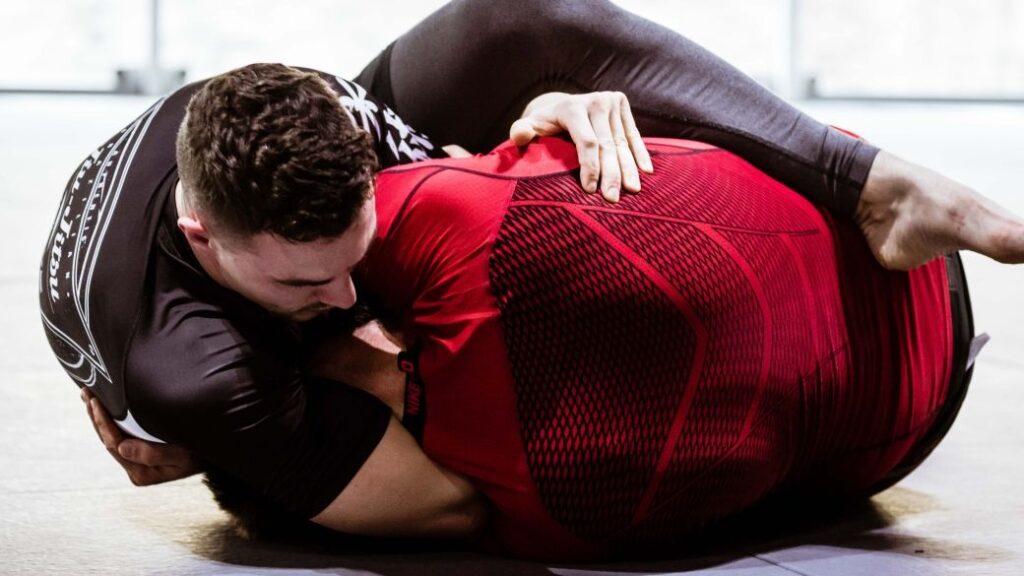 The guillotine choke is a submission that can be traced back to the earliest days of Brazilian Jiu-Jitsu (BJJ). And although it is typically one of the first chokes that students are taught, it is extremely effective and frequently used at the highest levels of both BJJ and MMA.

The choke, named after the medieval torture device, places an opponent’s head under the armpit and the forearm under his or her neck, giving the opponent the appearance of being trapped in a guillotine. The choke works by putting pressure on the carotid arteries, forcing an opponent caught in the submission to tap out. However, it should be noted that the guillotine choke can also function as an air choke when the forearm is pressed against an opponent’s windpipe. In practice, though, the guillotine choke usually functions as a combination of the two, with pressure being placed on the carotid arteries and windpipe, making it extremely uncomfortable for the opponent.

When To Use The Guillotine

The guillotine can be performed in a variety of situations. However, it is particularly effective against wrestlers, as they have a tendency to shoot for takedowns with their heads facing the mat. Of course, it is also extremely effective against untrained opponents who attempt to tackle you to the ground in self-defense situations. In the event that a BJJ practitioner somehow ends up being taken down by an untrained opponent, the attacker’s neck will almost always be left exposed for the guillotine. That being said, the most common variation of this choke is probably the standard closed guard guillotine, as the bottom closed guard is the position in which a student is most likely to end up after being taken down. However, the guillotine choke can be completed from a number of other positions, including the mount, sprawl, and standing.

Tips For Escaping The Guillotine Choke

BJJ is famous for its wide variety of chokes. And the great thing about chokes is that they can be successfully applied on bigger, stronger opponents. Therefore, chokes epitomize BJJ’s philosophy of using leverage, intelligence, and patience to defeat opponents of all shapes and sizes. Would you like to learn how to defend yourself against anyone, regardless of their size or strength? Would you like to become a choke artist? Regardless of your athletic ability, weight, fitness level, age, sex, or strength, BJJ is for you! Sign up for a complimentary trial class, and we know that you’ll soon love BJJ as much as we do!