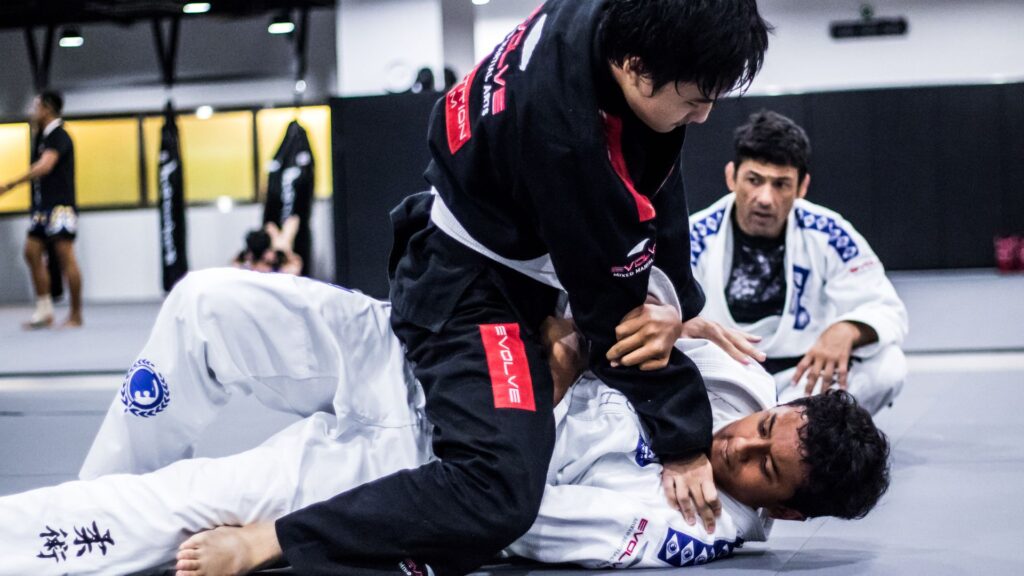 If you could choose your starting position in Brazilian Jiu-Jitsu (BJJ), what would you choose?

If you selected the full mount position, you are not alone.

Most people in Brazilian Jiu-Jitsu would agree that mount, together with back control, is the best position in the sport.

The mount is crucial to success in BJJ tournaments and competitions, and we’re here to tell you all about it.

Securing the full mount position in BJJ competition will reward you with four points, the highest possible score from a single technique in BJJ contests. The only other technique that is rewarded with four points is when you take the back with hooks or a body triangle.

From the early beginnings of BJJ, the points system was constructed in a way that rewards positions that are most favorable in a real-life fight scenario or self-defense situation.

The mount, of course, is the absolute best and most common position if you are ever to find yourself in a street fight. If you are on top of your opponent and his back and shoulders are likely pinned to the ground, it is likely you are able to remove yourself from any danger safely.

In BJJ competition, the position is not just a high scoring technique, but it also enables the opportunity for joint locks and chokes. Moreover, as mentioned before, it’s a brilliant way to rack up points and cruise to a victory.

The mount position looks like a more natural and effortless position than any other in Brazilian Jiu-Jitsu.

Don’t be confused, though, because maintaining a solid mount can often be complicated. The competitor who is on the bottom is majorly disadvantaged, and they will urgently try and scramble out of the position. Furthermore, BJJ schools commonly practice mount escapes, and all competing athletes are comfortable when it comes to escaping from the full mount position. If you want to keep someone underneath your mount, you need to understand how to master the position.

Here’s how you can maintain your mount for longer:

Balance is critical to any sustainable full mount.

If you are unable to balance while in top position, you will find it difficult to attempt submissions attempts, apply pressure, or even hold the position.

Your opponent will be actively scrambling, moving, turning, trying to shift your weight, and pushing at your knees, arms, and body. If you can defend against all of these actions without the need to post your arms out and regain balance, you’re on your way to a brilliant full mount and a string of attacks.

One way to improve your balance is to try and sustain the full mount without using your hands while your partner is bucking you and attempting to escape.

Another fundamental strategy that will help secure your mount position is tucking your feet close to the body of your opponent.

Your opponent wants to try and create some separation between your bodies by using his hips to elevate you. To do this, he will need to position his feet as close as possible to his hips to generate enough force to shift your weight.

If you can keep your own feet tucked and prevent his feet from moving close to his hips, you’re on your way to protecting the position.

When we talk about the full mount, we are referring to a position that has many variations. In fact, it’s rare to see a competitor use the regular full mount position and not attempt to use the low or high variations of the mount.

There are even small modifications to these two different positions, such as the S-mount which is a modified high mount that enables armbar attempts.

For example, the low mount is excellent for working the arm-triangle or Ezekiel choke, but the low posture also means that your hips are closer to the hips of your opponent. The result? They can elevate you a little easier and bridge.

Alternatively, the high mount means that you will be attacking from a position that is closer to the head and shoulders of an opponent. When you are here, however, you want to be sitting in more of an upright stance so that you can work different types of joint locks or cross chokes.

To extend on attacking an opponent from the low or high variations of full mount, we will detail some of the specific submissions that can be executed from this top position.

The first submission that we will describe is the kimura from the mount position. Brazilian Jiu-Jitsu World Championship Silver Medalist Guli Kozama from the Evolve Fight Team demonstrates the kimura in the video below.

The sequence begins by breaking your opponent’s grip and then locking down his arm. You can pin his arm to the mat by placing your knee down on it. Once secured, you can then place your opposite side foot behind his head and then gain control of his elbow and wrist. From here, the finish is simple, and you can bend his arm to secure the kimura submission.

If you’re looking to finish with an armbar from the mount position, there’s no better way to do it than by using the S-mount as a way to establish control.

In the video below, Alex Silva, a Brazilian Jiu-Jitsu World Champion and member of the Evolve Fight Team, demonstrates five different submissions that can be finished from the S-mount position.

Overall, the mount is rightfully referred to as the ‘King’ of all BJJ positions. You are rewarded with maximum points for getting there, and once you are there, you can attack your opponent in many different ways. If you can develop a brilliant top game that revolves around the mount, you’re going to progress through the ranks quickly.