This past weekend’s tryouts for the Evolve Competition Team was another massive success. As always, there were all of the Evolve students who bravely stepped up to the plate and participated showed martial arts’ true values. Putting in 100% and representing themselves well, all participants should be proud.

We would like to show our appreciation to all of the students who took part in the tryouts. Getting ready to step in the ring and put it all on the line in the tryouts is never an easy task. As martial artists ourselves, we understand that it is nerve-wracking to put yourself to the test in front of all of your training buddies and instructors. No matter if you made the team or not, we know and appreciate that you’ve trained your heart out to prepare for this event. A big congratulations to everyone who came out and took part in the EVOLVE Competition Team Tryouts! Everyone is a winner. If you did not make the team this time, you can try again on 2 – 3 June 2018. Keep training hard and unleash your true greatness! 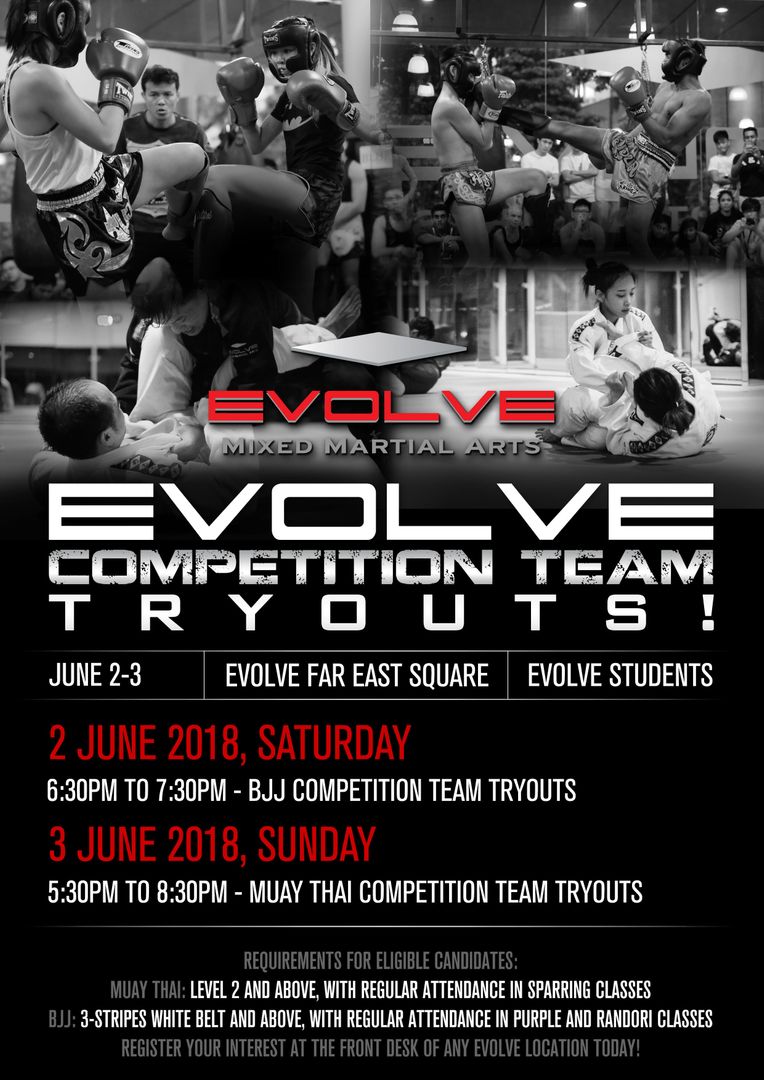