When you think of the word legend, there are fewer names that come to mind faster than Muay Thai and Kickboxing Legend Ramon Dekkers. Known as “The Diamond,” this Dutch kickboxer was an eight-time Muay Thai World Champion and is remembered as the greatest Muay Farang (foreign fighters) of all time. He single-handedly inspired many Westerners to take up the art and endeared himself to the people of Thailand with his fearless approach to fighting.

Dekkers was born in Breda, The Netherlands on the 4th of September 1969. He was a shy and humble man, but he was a formidable force inside the ring. With his vigorously strong kicking skills and knock out power in both hands, he was a dangerous and explosive fighter and one that certainly demanded respect.

Dekkers sought out the best fighters of the time, and this eventually led to him to Thailand, where he gained fame and glory by defeating some of the best Muay Thai fighters on their own soil. The Dutchman became a great ambassador for Muay Thai and earned reverence and fame through his vast amount of achievements.

Dekkers began dabbling in martial arts from 12 years old, eventually taking up training in Muay Thai under the former Dutch champion and now famous Golden Glory Gym instructor Cor Hemmers. As luck would have it, Hemmers would later become his stepfather and was forever at his side.

The young Dekkers showed great heart and determination from the outset in his career, and his first fight proved to be a testament of things to come. Dekkers ended the bout with a left hook knocking his opponent out and sending a message that he had arrived on the Muay Thai circuit.

The young fighter climbed through the ranks quickly, and this led him to contend for the MTBN Dutch Championship. Ramon wore down the titleholder Ramkisoen before knocking him out with a high kick to take the belt at just 18 years old. His tally of knockout wins continued to accumulate with his impressive record drawing greater attention around the Muay Thai World.

Rise Of A Star 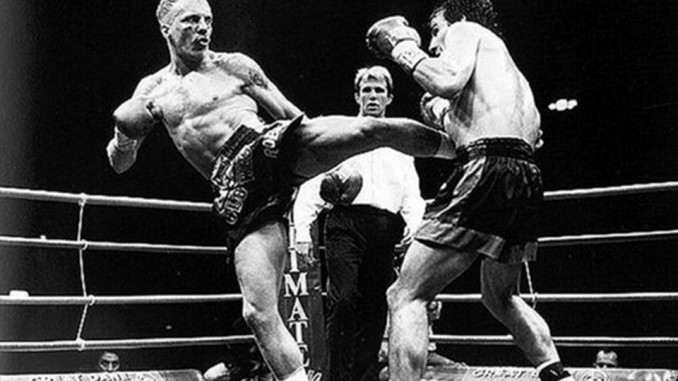 Ramon Dekkers was one of the most ferocious fighters in Muay Thai history.

In the years that followed Ramon fought and beat all noteworthy competition, the Dutchman had picked up two European Championship titles by the time he was 20 years old. By 1988, Dekkers had defeated the well-respected champion Mungkordum Sitchang to take the International Muay Thai Association (IMTA) belt.

Dekkers was competing at the highest levels, and his victory over Mungkordum was hard-won and although this earned him great respect in Europe. The IMTA belt was dismissed by many Thais as being of lesser quality than their native International Muay Thai Federation (IMTF). Needless to say, Dekkers had his eyes on the IMTF, but first, he had to face the highly accomplished Champion Namphon Pahuyuthin.

The fight took place in Amsterdam in February 1990. Tens of millions of Thais tuned in via satellite to watch their hero Namphon take on the European Champion Dekkers. From the beginning of the fight, both men went into attack mode measuring each other up with low kicks, punches, elbows, and all variety of Muay Thai striking being exchanged.

Namphon took some heavy blows throughout the battle which raged on for five long and exhausting rounds, but Ramon came out on top winning via unanimous decision, and he took the IMTF title. The ultimate achievement in Muay Thai had been sucked up by a foreigner in Thailand, and many were shocked at Dekkers supremacy in the ring.

It was quite unusual for a top-rated home born Muay Thai fighter to be defeated by a foreigner, especially as Ramon had been considered the underdog in the eyes of most fans. Ramon “The Diamond” Dekkers had shone through, but within three months he would fight Namphon in a rematch, this time to be held in the holy grail of Muay Thai, Bangkok.

The fight which ensued was five more arduous rounds of tactical leveraging and explosive action resulting in a unanimous decision for Namphon. Dekkers wasn’t happy and claimed a biased panel consisting of Thai judges were responsible for his loss that night in Bangkok. He was regarded by many to have won the fight, but hey, the footage is out there so you can be the judge. 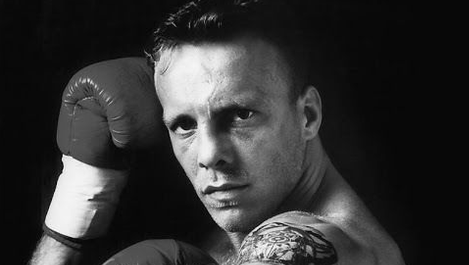 Ramon Dekkers was successful in both Muay Thai and kickboxing.

The Dutch Champion continued on fighting in Thailand and racked up many more victories largely via knockout. However, his loss record crept up slowly, and this was something Dekkers would later blame on the scoring system in Thailand at the time.

Ramon was a proficient puncher but the point scoring system of the day didn’t favor his boxing skills and many attest this to the being key in the vast majority of his defeats. If Dekkers didn’t knock his opponent out clean, then he struggled to win decisions, especially in front of the partisan Thai crowds and all Thai judges.

One of the most notable opponents Dekkers faced throughout his career was the legendary Thai fighter Coban Lookchaomaesaitong, aka ”The Cruncher.” Coban was a multiple Lumpinee champion and a two-time world champion with a fearsome reputation, hence his nickname.

Ramon went onto fight Coban four times. The first fight saw ”The Cruncher” knock Dekkers out with a well-timed left hook and surprisingly, this was to be the only time the Dutchman would be knocked out throughout his entire professional career. The rematch saw ”The Diamond” returning the favor, knocking out Coban in spectacular fashion -this led to a rivalry that became incredibly famous in Muay Thai circles.

The feud would grow in intensity with both men clashing twice more. Coban beat ”The Diamond” in the third fight after a grueling five-round masterclass only to lose the fourth and final battle to Dekkers. The scoreboard was even, and the four spectacular bouts are now widely regarded as some of the most exciting throughout the history of the sport.

Dekkers career continued to flourish, and one of his most famous fights was against the Thai legend Orono Por Muang Ubon. This brutal battle between both legendary fighters is considered to be one of the best fights of all time. It secured Dekkers’ name in the history books. Unfortunately, Ramon was starting to suffer from all those years of fighting, and he wasn’t considered to be in the best shape when he took on Orono.

Dekkers initially announced his retirement on the 18th of March 2001. However, he had some comeback fights and couldn’t stay out of the ring for long. Ramon went on to fight in the K1 competition against the well-known fighter Duane Ludwig. For his fight against Ludwig, Ramon could only use his left arm throughout the fight. Regardless, he managed to knock Ludwig down in every round and defeated the highly skilled American.

Ramon Dekkers was forced to finally retire in May of 2006 after he was defeated in the K1 super fight against Joerie Mes in Amsterdam. Still, he continued to be involved in martial arts throughout the years that followed, remaining active whilst training his two teams of fighters – Team Dekkers and Golden Glory.

Between training his camps for Muay Thai and K1 competitions, Dekkers traveled the world holding seminars and he continued to be a flag bearer for Muay Thai. Unfortunately, tragedy struck on the 27th of February 2013 when the legendary fighter suffered a heart attack at the young age of 43.

Throughout his inspirational career, Ramon Dekkers had beaten some of the best fighters around the world. Fighting in Thailand, he carved out a reputation as one of the greatest ever Muay Thai fighters, even receiving a royal gift of recognition for his services as an ambassador to the sport.

Ramon Dekkers was, quite simply, a diamond. And, like the rarest of precious gems, their value always appreciates with time. Speed in the Muay Thai ring is a highly sought-after skill set for athletes. Speed comes from spending lots of time training and practicing the execution of your strikes, movement, and footwork. There is something…