WATCH: How To Wear Your Opponent Out In The Ring (Videos) 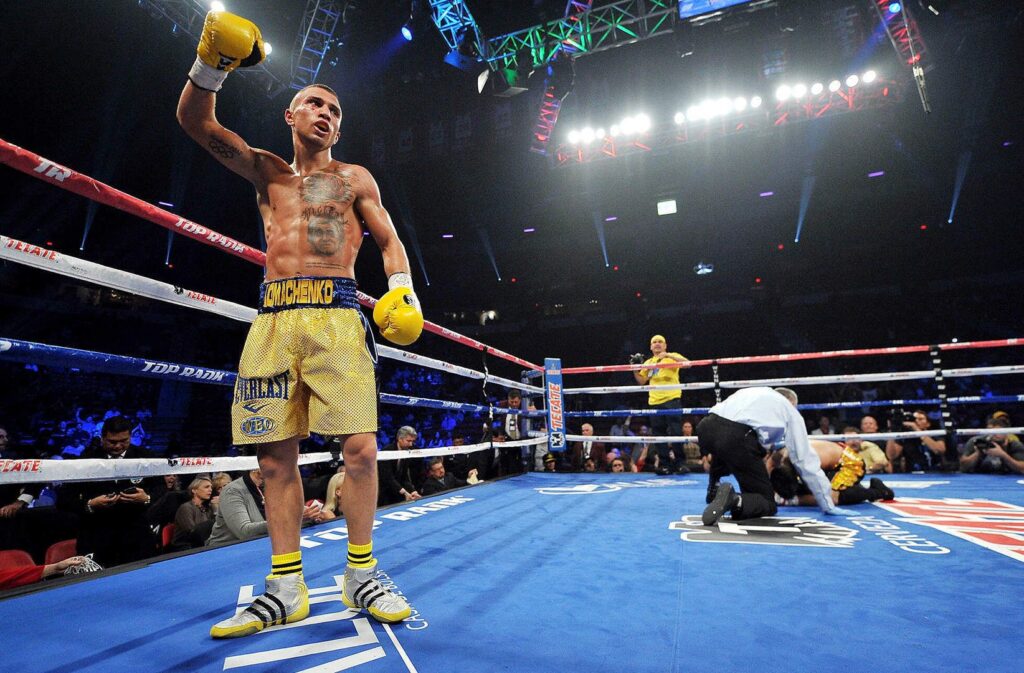 The greatest swarmers in the sport of boxing – Joe Frazier, Rocky Marciano, Mike Tyson, Manny Pacquiao, Vasyl Lomachenko and Gennady Golovkin all understand the importance of using pressure to overwhelm and wear out their opponents. In boxing, or any martial art for that matter, wearing out your opponent both physically and mentally certainly gives you the upper hand in a fight. It makes your opponent uncomfortable – making them vulnerable to committing mistakes and feeling physically and mentally drained. This would undoubtedly give you the opening you’re looking for and the chance to take the fight into your hands.

It doesn’t matter if your opponent is physically stronger, more athletic or technical than you – knowing the right tactics and strategies to wear out your opponent’s endurance could guarantee your success in the ring. Today, Evolve Daily shares 6 Ways To Wear Your Opponent Out In The Ring:

When you’re in the ring, you’ll want to walk forward and put constant pressure on your opponent. Follow your opponent around the ring and stay close – but not close enough to get hit. Keep a reasonable distance but not far enough that you can’t land a punch. Take advantage of any time you see your opponent back up – step forward and jab. Keep on jabbing and make your opponent uncomfortable.

Another option is to cut off the ring. Cutting off the space of your opponent gives him very little room to run and evade from your attacks. One way to do this is to move sideways, keeping your opponent in front of you. Doing so prevents him from running around you so he can only move backwards into the ropes. He’ll also feel the pressure because he can’t get around you, which is definitely what you’re looking for.

Any time you defend, you must counter-punch. Getting your opponent to commit to an attack is hard enough and you should take advantage of any opportunity you can get to land an attack. It doesn’t have to be a KO punch; it just has to be accurate enough to stop his momentum. Keep on countering and prevent your opponent from sneaking in, and don’t forget to keep on moving.

To wear your opponent out, you must be a master of range. You need to know exactly what your opponent’s range is so you can take advantage of it. You should attempt to stay at least an inch away from your opponent’s punch – close enough to move back into range and counter when his guard is up. Staying at this distance will frustrate your opponent because no matter how many times he attempts to land a punch, he’ll always be just an inch short.

To be a good boxer, you must know how to play mind games with your opponent, especially if you’re intent on wearing him out. Study your opponent and get a feel of how he controls his opponents. Understand what makes him react. Smile, shake your head, or you could even try to raise your hand after each round – try to force your opponent to think a certain way. Chances are, the crowd and the judges could possibly be swayed to think this way too. If your opponent isn’t mentally strong, he could get frustrated easier – this also makes it much simpler for you in the long run.

Try to keep the fight on the inside as long as you can. This means that you should hold, hit and smother your opponent. Get close to your opponent, push him and pull him. This would make him feel uncomfortable, tiring him out easily. If you know your opponent isn’t used to fighting on the inside, he will always try to make space and push you off. This would cause him to burn a lot of energy and tire him physically and mentally.

One of the easiest ways to wear your opponent down is to throw shots to the body. The more you aim for the body, the more openings you’ll have for the KO head punches and the more you’ll tire your opponent out. Aiming for the body – the vital organs, core muscles, makes it harder for him to recover and move around the ring. Before you know it, you’ll leave your opponent drained and broken down – which is exactly where you want him. As early on in the fight as possible, you should try to start landing body shots.

A boxing match isn’t always about brawling. It’s about knowing how to control your opponent and use their weaknesses to your advantage. By using these tactics to wear your opponent down, you’ll be able to stand your ground even against fighters who are physically stronger than you. So tell us, which of these tactics will you use in your next fight?