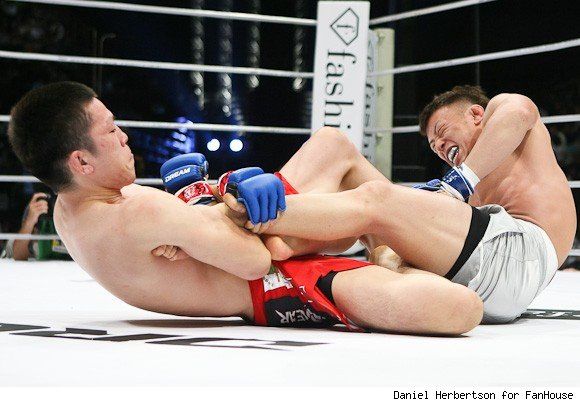 Here’s Evolve Daily’s compilation of the greatest BJJ practitioners in MMA to date:

Currently the ONE Bantamweight World Champion, Fernandes has finished many of his fights via submission. A former DREAM Bantamweight and Featherweight Champion, he is currently ranked as the #1 Bantamweight outside of the UFC. In addition to his well-decorated MMA career, Fernandes is also a three-time Mundials and Pan American BJJ Champion.

In UFC Fight Night: Maia vs La Flare, Maia’s BJJ skills were on full display. Experts said that he had finished the night by putting a grappling clinic on LaFlare. An ADCC, Pan American and multiple CBJJ champion, Maia received his black belt only after 4 years and 7 months of training from Fabio Gurgel.

ONE Championship Lightweight World Champion and Evolve MMA Fight Team member Shinya Aoki is a dangerous submission artist with over 43 fights under his belt. He has submitted many big names in the industry, including JZ Cavalcante, Tatsuya Kawajiri and Eddie Alvarez and is known for his unusual, flying submissions.

A black belt in Brazilian Jiu-jitsu, UFC Lightweight World Champion and Evolve MMA Fight Team Member RDA has never been submitted in the UFC before. With a Submission of the Night award over a rear naked choke finish over Kamal Shalorus, there’s no doubt that Dos Anjos is comfortable on his back. Having trained BJJ since he was 9 years old, Dos Anjos has competed in many BJJ tournaments in the past, including the Brazilian Nationals, European Open and even the Mundials.

Possibly the most decorated BJJ practitioner on our list, Gracie is a 10-time Mundials World Champion, winning 7 times in his own weight class and 3 times in the Open Weight division. Known for his perfect technical knowledge, Gracie has won almost all of his BJJ and MMA matches via submission. He currently fights under ONE Championship, Asia’s largest MMA event.

Everyone knows the story of how Penn earned his BJJ black belt in only 3 years. He was also the first non-Brazilian to win gold at the Mundials, just a few months shy after receiving his belt. Although he recently retired from MMA, he held the UFC Lightweight title for over 8 years then moved onto the Welterweight division where he submitted long-time champion Matt Hughes.

A two-time BJJ World Champion and ADCC Champion, Werdum is the current interim UFC Heavyweight Champion. Currently ranked #1 in the official UFC Heavyweight rankings, he is the first fighter to defeat Fedor Emelianenko in MMA.

Tell us, who else do you think makes the list?