3 Mount Escapes That You Need In Your BJJ Arsenal 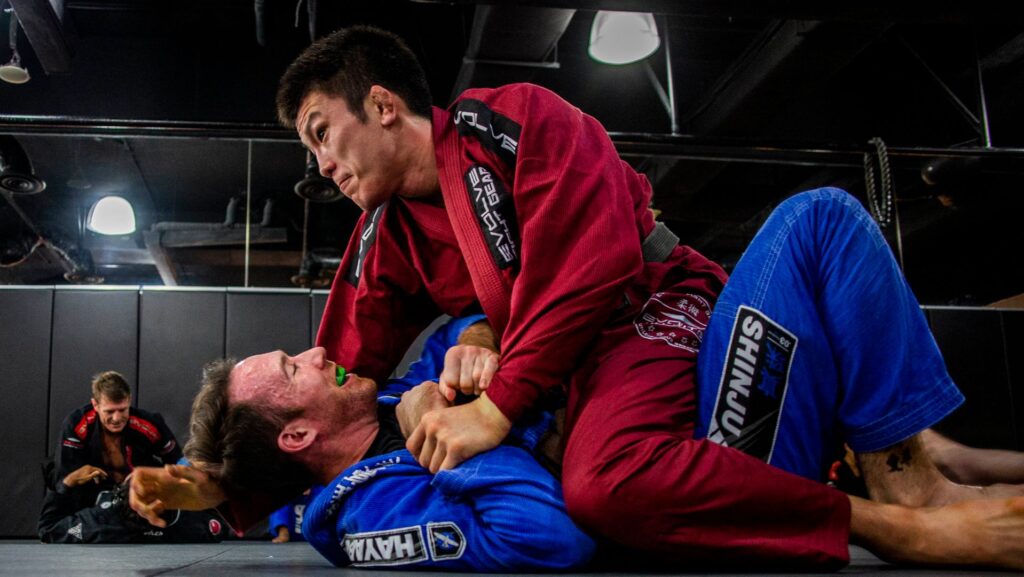 Being able to escape from the mount position is perhaps one of the most important skills for a Brazilian Jiu-Jitsu (BJJ) practitioner to possess, yet it is simultaneously one of the hardest to develop. Due to the intrinsic nature of the position, your opponent has very dominant control that can be immensely difficult to learn how to escape. Early in your BJJ development, it can feel like there is no way to get out of mount, as higher belts easily submit you over and over. For this reason, it is important to practice the following mount escapes with a partner in a drilling scenario, slowly working your way up to full speed and eventually live sparring. It can be very difficult to learn how to escape the mount, so don’t get frustrated if you aren’t successful at first, just keep practicing.

Not only is the upa escape the first Mount escape that a new Brazilian Jiu-Jitsu practitioner should learn, but it is also arguably the first move in all of BJJ that they should be taught. It is difficult to think of another maneuver that is more important for a BJJ player to know, both for the context of sport grappling and real-world self-defense scenarios. Escaping from bottom Mount to being on top of your opponent in his guard is perhaps the most advantageous reversal that can be achieved, as you went from arguably the worst position to being on top of the engagement. This is why the upa is so crucial to learn.

While the upa escape, some times called the “trap and roll”, is mechanically simple, that does not mean that it will be easy to pull off. The relative straightforwardness of the move should not lead one to believe that they will be able to execute it against resisting opponents easily. It will have to be practiced continuously. In order to escape using the upa, the first thing you will have to do is trap one of your opponent’s feet by stepping over it with your own. The next step is to trap his arm that is on the same side as the leg you have blocked. The best way to do this is to establish a cross grip on his sleeve while your other hand grabs the slack in his gi right behind his tricep. Now that you have successfully blocked his base on one side, you can bridge him over in that direction by looking over your shoulder and driving your hips to the ceiling.

While there are other useful ways to escape from the mount, they often end up with you still remaining on the bottom. As the upa places you on top of the fight, it is the most rewarding of all of our Mount escapes as you went from a very horrible position to an extremely advantageous one.

While the upa escape should always be attempted first, sometimes your opponent’s base is just too good and you are unable to roll him over. This is the perfect time to execute the shrimp escape. One way in which your opponent might have defended your upa was to base out, either with a free hand or by spreading his knees to widen his base. While your upa might have failed in rolling your opponent over, it was likely successful in forcing him to shift their weight in order to defend.

As your opponent has spread his weight out, he is now vulnerable to the shrimp escape. If you rolled your opponent to your left, he likely posted his right leg out to defend. Take your free hands and place it on his right knee. Execute a shrimp escape by pushing his knee down as you scoot your butt out from underneath him. This is possible only because your upa attempt forced him to base out to his right. As he attempts to retain the mount, move your left shin into a butterfly hook position. Establishing the butterfly hook will give you the time and space necessary to continue to shrimp back into your full guard, or elevate him and start looking for attacks, such as X Guard sweeps or leg locks!

While it might be possible to escape successfully while using the shrimp escape on its own, the real power of the position comes from its combination with the upa escape. By off balancing your opponent with the upa, you have created the perfect time to Shrimp out from underneath him.

3) Giving Up Your Back While it certainly is not ideal, there may be a time where the only way you can get out from underneath the Mount position is to give up your Back. While having your opponent on your Back is a bad place to be, it is possible to trick your opponent into attempting to take your back, escaping in the middle of their attempt. Please note, this should only be used as a last resort, particularly if several attempts of the upa and shrimp escapes don’t work.

The first action you should take if you have to give up your back is to bridge up onto one of your shoulders as you begin to roll over. Your opponent will recognize that you are turning away and will likely let you roll in an attempt to take your back. Let him insert the hook on the side you are turning to, but not the far side hook. The best way to stop him from inserting the far hook is to place your hand down by your hip so that you can block his foot from coming inside your legs. Once he has placed one hook in, immediately flatten yourself back to the mat as you push his knee down, executing a shrimp. If all goes well you will have tricked your opponent into giving you half guard, which is a much better position than bottom mount or having your back taken.

While this is an effective escape it is very risky, so it should only be utilized if all other options have been exhausted.

While each of these mount escapes is effective on their own, their real power comes when they are used in combination with each other. Make sure you are combining them repeatedly to keep your opponent off balance and unable to attack!