Takedowns are a huge part of wrestling. It scores points during competitions, and it can even win you a match if it’s executed perfectly. There are thousands of different takedowns used in the sport of wrestling, and it will take you a while to master them all.

Wrestling is a sport that tests your strength, endurance, intelligence, and quickness as you engage in a physical chess match with your opponent. You must use moves and countermoves as you and your opponent battle in a constant struggle for the upper hand. As a beginner, you need to master the basic moves and techniques so that you can unleash them on your opponent and defend against these moves when they are used against you.

Wrestling is one of the oldest martial arts.

These fundamental techniques have been proven to be effective at the highest levels of wrestling and other grappling competitions, and they are made up of very simple movements that are easy to learn.

Before you can perform any takedown, you first need to know how to shoot. It’s impossible to be a good wrestler without a decent shot. Learning how to shoot in properly on an opponent allows you to go underneath his defense and initiate an offensive move. There is not much to this technique. It is performed by changing your level, dropping down, stepping forward and placing your knee on the ground in between your opponent’s legs. It should all be done as one fluid motion

When executed properly, this move allows you to close the distance on your opponent and secure one or both of his legs. Once you’ve properly shot in, you have a variety of takedowns to choose from to complete your offense.

Once you know how to shoot, here are some of the fundamental takedowns you should be focused on when you start wrestling.

The double leg takedown is one of the first offensive moves taught to beginner wrestlers. The technique starts by shooting in on an opponent, as described above. Once in position, you grab the back of your opponent’s knees on both sides.

Next, you place your head next to the person’s hip, then you drive forward with your legs and head pressure while pulling your opponent’s legs into you. You also have the option of using the position to pick the opponent off the mat so you can throw him back on it. The key to mastering this technique is to perform it repeatedly. You want to be able to execute all the steps listed above in one smooth motion. Master this, and your double leg takedowns will be a nightmare for anyone you face on the mat.

The single leg takedown is another effective takedown that you will quickly run into when you first start wrestling. It’s a good move to have in your arsenal since it can be very useful when dealing with an opponent that has solid defensive wrestling or a solid base.

To perform the technique, perform a basic shot, but instead of grabbing both of the person’s legs as you would do when executing a double leg, secure only one of his legs. You typically would want to go for the person’s lead leg since it is the closest one to you. That makes it harder for your opponent to defend, as well. 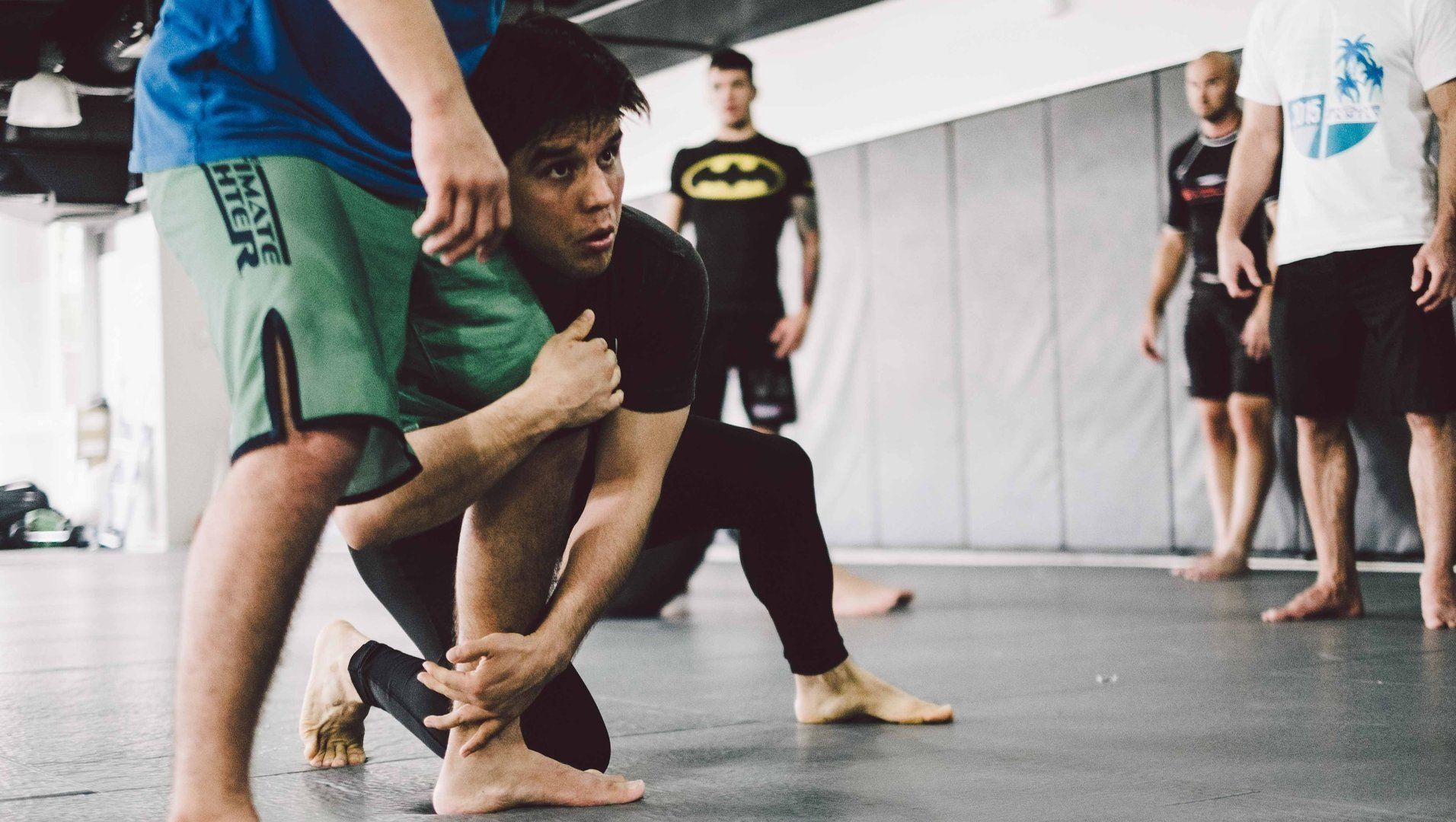 You secure the leg by grabbing his foot with your inside hand and holding his ankle with the outside hand. Stand up straight once you have these two points secured, then spin and twist outwards to get your opponent to lose his balance. Many wrestlers like to keep the secured leg between their legs when executing this technique.

When done properly, a single leg takedown can be used to get your opponent on the mat and to secure a more dominant position.

This move comes in handy when you have taken your opponent’s back. You can use the technique to bring him back to the mat if he tries to escape.

Next, you place your other leg between your opponent’s legs, and you drag him down as you try to sit down. Roll through the position to regain top position as both of you hit the canvas.

The techniques listed above give you the foundation you need to take your wrestling to the next level. Make them a part of your muscle memory, and you will enjoy lots of success of the mat.