5 Martial Arts Role Models Our Children Can Look Up To 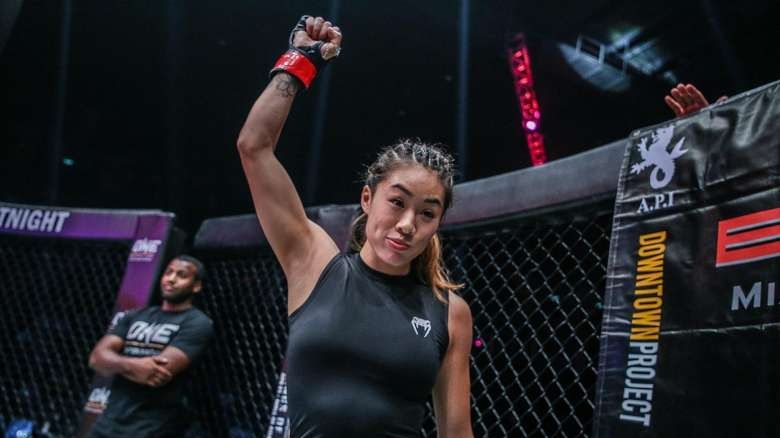 Throughout the years, martial arts has seen many inspirational people rise up, defying the odds, shattering barriers, and making the impossible seem possible. Whether it’s in the sport of boxing, or in the mixed martial arts cage, or even in the movies, there have been many martial arts superheroes who have captivated our imaginations with their undeniable skill and indomitable will.

These martial artists serve as people who we can emulate, not only for us but especially for the younger generation who are in need of guidance. They showcase martial arts excellence at the highest level, all while exhibiting the true values of martial arts such as integrity, humility, honor, respect, courage, discipline, and compassion.

They are our heroes in more ways than one. Each time they stepped into their respective arenas, it was always a delight to watch them perform. Because of their ability to inspire, these martial artists become perfect to introduce to our kids as role models.

As our children grow up to become fine members of society, it’s fortunate that they have these remarkable figures to learn from. Today, Evolve Daily shares five martial arts role models our children can look up to.

At 51 years of age, Brazilian Jiu-Jitsu and mixed martial arts legend Renzo Gracie of the renowned Gracie fighting family returned to professional competition, proving that age is nothing but a number. He stepped into the cage after a very long eight-year layoff and looked great, finishing Japanese veteran Yuki Kondo by rear naked choke at ONE: Reign of Kings.

Coming from a family who invented Brazilian Jiu-Jitsu, Renzo is a master of the grappling arts, and has shown incredible dedication and passion for his craft throughout the years. As such, he is a well-respected figure the world over, especially in modern-day martial arts.

Despite his age, Renzo proved to the world that human beings can accomplish anything they set their minds to and that the only limits are the ones we place on ourselves.

Young girls have a few martial arts role models to look up to, and reigning ONE Atomweight World Champion “Unstoppable” Angela Lee from the Evolve Fight Team is definitely one of them.

At the tender age of 19, Lee became the youngest MMA world champion in history when she defeated Japanese veteran Mei Yamaguchi in 2016. Since then, her fame has skyrocketed, and she has inspired many women and men to work hard and reach their potential.

In her title defense against Istela Nunes in May of 2017, Lee overcame a severe bout with pneumonia prior to her fight and still won via second-round rear naked choke. She certainly didn’t want to let any of her fans down and found the will to win even in the most dire of circumstances.

Lee’s perseverance and determination are exemplary, and she is a great role model for many young girls who want to succeed through hard work and dedication, just as she has in her chosen field.

Former UFC welterweight champion, Georges St. Pierre experienced a tremendous amount of bullying as a child, but that didn’t stop him from becoming one of the greatest mixed martial artists of all time.

Like many kids, GSP confessed to being very weak and scrawny when he was a young boy growing up in the small town of Isadore, Quebec, Canada, and because of that, he became an easy target for bullies. Older kids used to ambush him and steal his lunch money. This is what inspired GSP to take up martial arts and change his life.

Now, he’s considered an MMA legend and is active against bullying. He even has his own anti-bullying organization and goes to various schools to teach students how to overcome bullying.

Our children can learn a lot from GSP, especially how to deal with bullying.

Bruce Lee is a legend for a reason and is one of the most inspirational figures in martial arts history. In fact, he’s probably considered by many to be the greatest martial artist who ever lived. Throughout his time on Earth, Lee starred in many Hollywood movies, beginning his acting career in Hong Kong where he was raised.

Lee never believed in limits. He believed that humans had the power to be “like water” and adapt to any situation. The inventor of his own martial art, Jeet Kune Do, Lee became one of the most revered and well-respected people in the world. His philosophies are followed by young and old alike.

Many martial artists today took up martial arts because they were inspired by Lee and his ways. He is a tremendous role model because of what he achieved in his life, and how he defied the odds and did many things people thought he wasn’t capable of doing.

Known the world over as the G.O.A.T. of boxing, or the Greatest of all Time, former heavyweight world champion Muhammad Ali is synonymous with the sport of pugilism. Ali faced the greatest heavyweights of his era and defeated them one by one, even when the odds were stacked against him.

When he met the undefeated George Foreman in 1974, many people believed Ali would simply be crushed by the hardest puncher in boxing at the time. But utilizing his superior intelligence, Ali dazzled and showed impeccable defense, and ended up beating Foreman by knockout. It was a prime example of how the impossible became possible with immense belief in oneself, and through hard work in preparation.

Many people look to Ali’s career for inspiration, citing his work ethic. Ali believed that hard work was mandatory for success, and he showed that in his training.

“I hated every minute of training, but I thought to myself, ‘Suffer now and live the rest of your life as a champion’.” is a famous Ali quote pertaining to the value of hard work, which the youth of today can learn from.

Evolve Student and BJJ World Champion Constance Lien has been named “Athlete of the Year” for 2019 by major news outlet The Straits Times in Singapore. The 20-year-old Lien practices and competes in the art…

4 Reasons Why Learning Self-Defense Is Important For Children

The ability to protect oneself physically from harm is a basic human right that should be accessible to everyone, including children. Teaching children self-defense is something we often overlook in today’s society, but it is…

Joining a boxing gym in Singapore has some obvious benefits such as teaching you how to defend yourself while bringing out your inner badass. However, the benefits go way beyond the physical. The following are…

With real-world problems such as childhood bullying, violence against women, and the everyday dangers on the street, there has been a recent focus on empowering people with the knowledge of self-defense. Many have turned to… 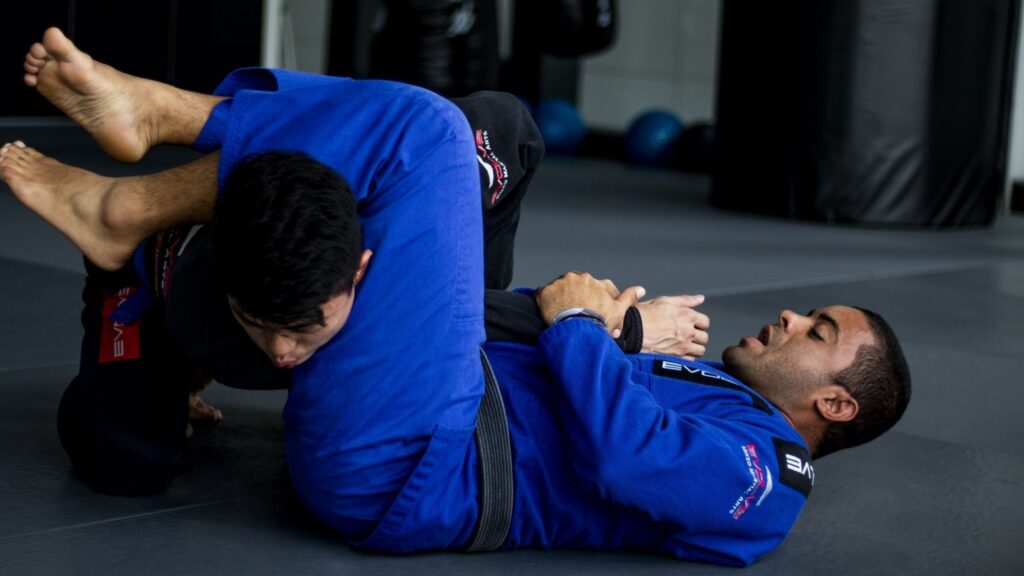 Nowadays, more and more people are flocking into BJJ gyms to learn the beautiful art of Brazilian Jiu-Jitsu. There are many reasons why this is the case. For starters, BJJ is one of the most… 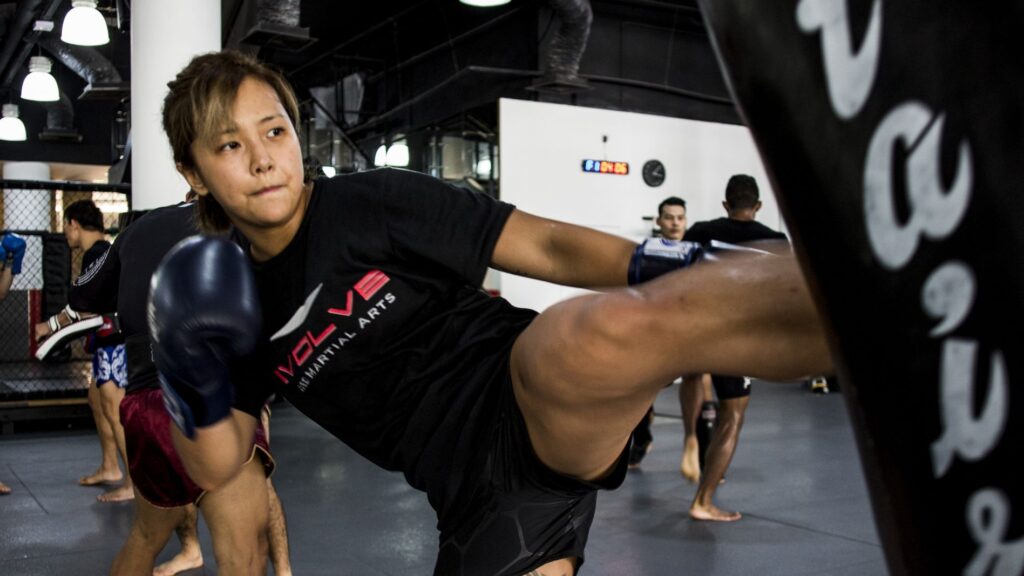 Here’s Why Muay Thai Will Finally Get You Exercising

Are you trying to find an exercise routine that will motivate you to hit the gym every day? If you aren’t used to working out, finding the motivation to put on your running shoes and… 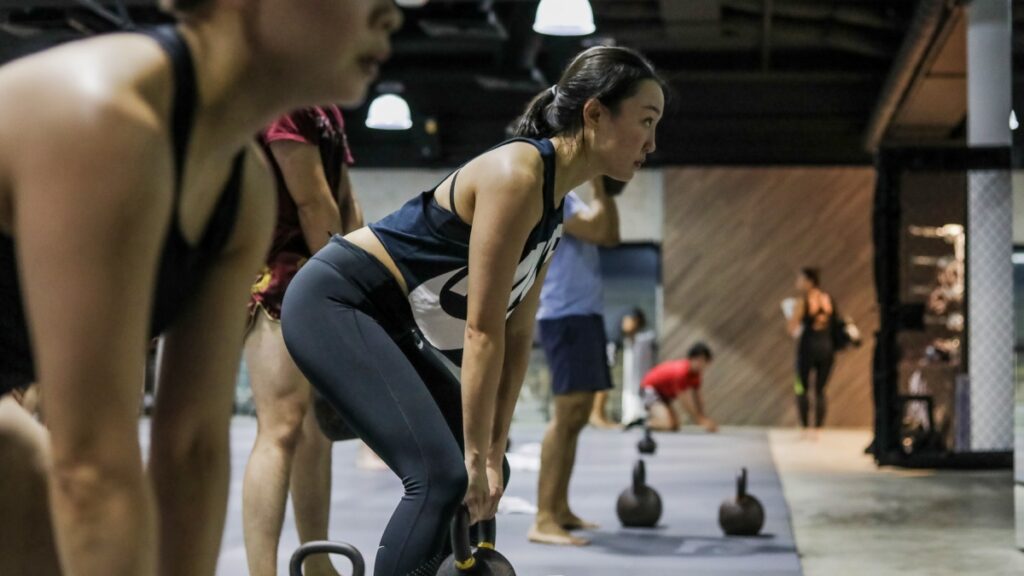 Here’s How HIIT Can Double Your Weight Loss Efforts

HIIT (High-Intensity Interval Training) has become immensely popular over the last few years, especially with people constantly on the move. We are always shuffling time between home and the office or school, moving from one…

Here’s How Boxing Trains You To Be Mentally Strong

Boxing is an intensely physical martial art. It requires a lot of stamina, strength, and agility. The execution of every technique demands that one is physically capable of delivering attacks with speed and power, and…