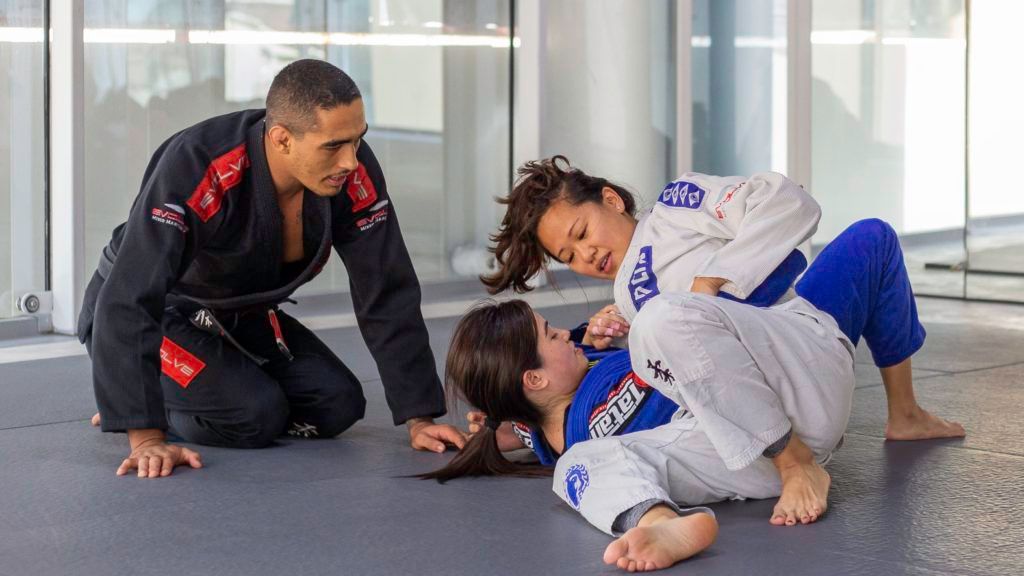 Starting anything from scratch is never easy. Having to master techniques that feel completely alien can be daunting to even the most seasoned, fittest martial artist. But being a fresh white belt has its benefits ­­– you have the opportunity to define your own journey by how much work you are willing to put into it, without any pressure. That’s why it’s important to have a solid foundation to build on. Today, Evolve Daily shares some concepts every BJJ white belt needs to master.

1) The Concept Of Pressure

In Brazilian Jiu-Jitsu, you will often hear your professor ask you to put pressure on your training partner, especially when you are passing his or her guard. Having good pressure could make all the difference in your game. It could make it more difficult for your opponent to escape from the position you put them in, which is definitely more advantageous to you. By knowing the right time to put pressure on your opponent, the more effective your techniques will be.

2) The Concept Of Leverage

One of the foundations that Brazilian Jiu-Jitsu is built upon is the concept of leverage. Because of leverage, a smaller, weaker individual is able to put his/her opponent in a disadvantageous situation. What is leverage? To put it simply, knowing when your opponent’s body is at the point where he/she could lose his/her sense of center. For example, if you have your opponent in the closed guard and he/she is trying to lean back to avoid you pulling him/her down for a cross choke or another submission – the moment you feel that he/she is leaning back a bit too much, you take advantage of the situation and sweep him/her.

3) The Concept Of Using Technique Over Strength

Just as we mentioned above, using leverage at the right time could put any opponent, regardless of his/her size, at a disadvantage. This is why it doesn’t matter how strong you are. When you begin your BJJ journey, you might find those who are bigger and stronger than you intimidating. Don’t worry, it’s normal. But the more you train, you’ll see that those who use strength and brute force to execute techniques often tire out faster than those who don’t. Take it easy and focus on doing your techniques right. You aren’t competing against anybody (yet) and just concentrate on your own journey.

4) The Concept Of Position Before Submission

You’ll hear your professor say this over and over again, especially when he catches you losing a submission. What does it mean? Simply, it means establishing a dominant position on the ground before attempting a submission. For example, if you’ve passed your opponent’s guard and find yourself in side control and instead of stabilizing yourself, you go straight for an armbar, because you didn’t stabilize your position, you’re giving your opponent the chance to escape – something that you definitely don’t want to do.

5) The Concept Of Mastering Escapes

You know all those hip escapes and bridges you need to do in your warm-ups? There’s a good reason why you keep doing them over and over again. They make you better at escaping, one of the most important skills you’ll ever learn in your BJJ journey. By learning how to escape, you’ll know how to prevent your opponent from attacking. It also helps you avoid being put in a vulnerable position, or worse, submitted!

6) The Concept Of Winning And Losing

In your beginner BJJ class, your instructor has probably asked you to drill with a partner or spar. Unlike other martial arts, the beauty of BJJ is that you’re able to test what you’ve learned in class in a sparring scenario. However, you’ll also learn that sparring isn’t the easiest on the ego. When you start sparring, you’ll find yourself tapping out to opponents smaller than you and more experienced than you on a regular basis ­– and that’s perfectly fine! Just take each loss as a learning experience and apply what you’ve learned in your next spar. Work on the mistakes you’ve made and don’t be afraid to tap out!

So what are you waiting for, go forth and train hard!