Heavy bags are one of the most popular pieces of boxing equipment boxers use to refine their craft. It is a tried and tested tool that has helped to develop many champions in the squared circle. It remains one of the most common pieces of equipment in gyms where striking-based martial arts are taught, like Muay Thai and kickboxing gyms. Heavy bags can even be found at many fitness centers worldwide as cardio boxing workouts become more popular.

Heavy bag drills help to refine your boxing technique, improve your coordination and balance, and increase your punching power. These sessions can also be therapeutic since hitting a heavy bag serves as destructive therapy as you swing away any pent-up emotions or frustration.

Let’s take a look at some of the benefits of performing heavy bag drills in greater detail:

Getting Started With Heavy Bag Drills

There are some simple things you should keep in mind before starting heavy bag drills to get the most out of your training sessions. These include:

2) Warm Up Before Starting Your Drills

Always warm up before getting starting heavy bag drills. An easy way to do that is by lightly punching the bag and moving around it for about three minutes. This will get your blood pumping and prepare your body for the main part of your workout.

Proper breathing during heavy bag drills allows you to go harder for longer periods, so you get more out of your workouts. Inhale when in your resting motions, and exhale whenever you exert yourself. This ensures your muscles have all the oxygen they need to make energy for your movements. A simple way to ensure you’re taking deep breaths while training is to make a sound whenever you throw a punch.

4) Use Proper Technique At All Times

Technique should be your first focus when you first start performing heavy bag drills. Drill with bad technique long enough, and it becomes part of your muscle memory, making it harder to correct your mistakes in the future. It’s why even boxers at the championship level sometimes have glaring technical deficiencies.

Ensure you use proper form when hitting heavy bags until you no longer have to think about it. You can then focus on other things like speed and power when drilling.

Six Heavy Bag Drills For Boxers Of All Skill Levels

Now that we’ve gone over the benefits of heavy bag drills and things you should do to get the most out of your training sessions, let’s take a look at some heavy bag drills that boxers of all skill levels can add to their training program:

This drill improves your punching power. It also serves as an effective way to let some steam off. The drill focuses purely on punching power, so you should already be accustomed to using proper technique when working a heavy bag before making it part of your routine. The punching power drill involves six three-minute rounds, with a minute of rest between each round, so it will also test your cardiovascular endurance to its limits.

Make sure you wrap your hands before starting this drill since you’ll be throwing punches with maximum power.

Each round involves focusing on only one punch. The goal is to throw each punch as hard as you can during the round. Don’t worry about throwing them in rapid succession; concentrate on trying to make each punch harder than the last.

The counter-puncher drill teaches you how not to get into the habit of being stiff after throwing punches and automating your defense. The drill also helps to build the habit of countering whenever you make a defensive move. As a boxer, your goal is to make your opponents miss and make them pay for it. Merely avoiding punches isn’t good enough, especially if you plan to compete as a boxer.

Don’t let the drill’s name intimidate you; it’s actually one of the more straightforward drills on our list. You simply make defensive movements and throw a punch or combination immediately afterward. Which punches or combinations is up to you.

The main rule is you start with a defensive movement and follow up with one or more punches. The drill often consists of five three-minute rounds with one-minute rest between rounds. The counters you perform during the drill should match your skill level to avoid overcomplicating things. 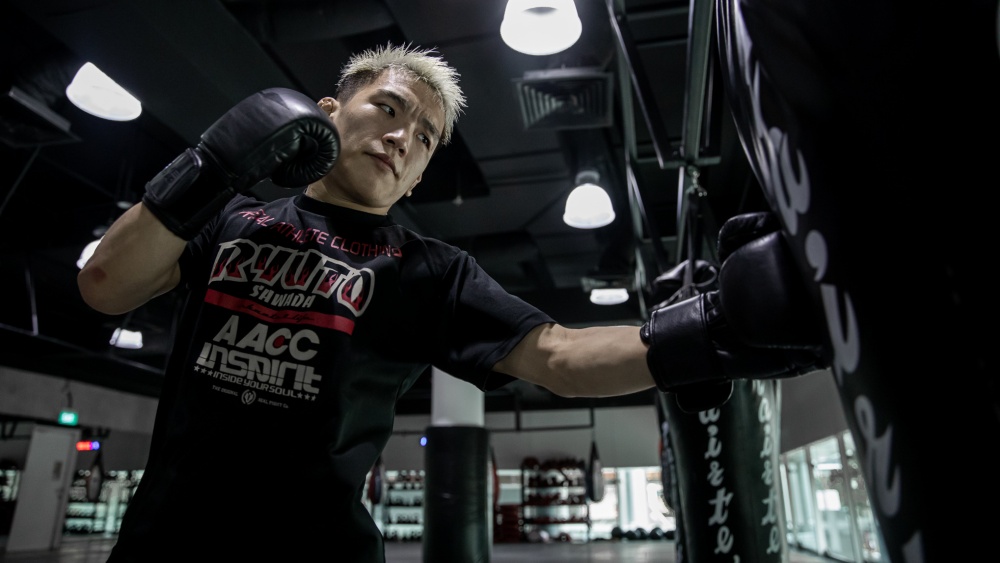 This drill is an effective way to increase the speed of your punches. Being able to throw fast punches increases your odds of catching opponents off-guard since fast punches are generally harder to block or evade than slow punches.

Here’s a little secret experienced boxers understand: punching someone, especially in the head, forces them to blink involuntarily. Throw your next punch fast enough, and they’ll never see it coming. That’s why professional boxers spend lots of time improving the speed of their punches. Throwing fast punches also allows you to beat your opponent to the punch, meaning when you throw punches simultaneously, you are more likely to land on the target first.

The flash-combo drill involves throwing two punch combinations while trying to make the two punches sound like one. The focus of the drill is purely speed, and it is typically broken up into five three-minute rounds. Here’s what it looks like:

This is a popular heavy bag drill popularized by Floyd Mayweather and his team. It’s an effective way to improve cardiovascular endurance and puts your lungs to work. This drill involves attacking the heavy bag with straight punches at a moderate pace and mixing in some hard hooks and uppercuts every 20 punches. This gives your shoulders a break from throwing so many straight punches while forcing your lungs to work harder.

Mixing up the straight punches with hard uppercuts and hooks also gives you the feel of a real boxing match with periods of intense activity that raise your heart rate, followed by periods of active rest. Aim for at least three three-minute rounds to give yourself a good cardio workout when performing the drill.

5) The Master And The Mauler Drill

This drill combines all the things you’ve learned from the other drills listed above to create a challenging heavy bag drill. Break it up into three three-minute rounds, taking a one-minute break after each round.

Here are the basic rules you should keep in mind when performing this drill:

The master and mauler drill is high-intensity, so you can add it to your cardio program. Limit the drill to only three rounds the first few times you perform it until your body gets used to it. Gradually increase the number of rounds as your cardiovascular endurance improves.

The key to getting the most out of this drill is to keep your technique sharp the entire time, regardless of how tired you get. Work on getting to a point where your technique is perfect, from your first punch to your last punch during each round. There’s no point cheating during the drill since that only leads to limited results. This drill teaches you how to perform to your full potential inside the ring using all the skills you’ve learned, like footwork, head movement, and combinations.

If you’re looking to get ready for your first sparring match, this is one drill you want to spend lots of time working on.

Here’s a great heavy bag drill you can use to improve your footwork and technique simultaneously. Break it up into three three-minute rounds and take a minute break between each round. Here’s what the drill looks like: