The pull counter is a boxing move that can be used as an offensive or defensive tool. As the name suggests, the pull counter involves pulling back while simultaneously throwing a counter punch. This move can be used to surprise your opponent and catch them off guard.

Breaking Down The Pull Counter

Floyd Mayweather uses the pull counter in virtually all of his fights, and he’s one of the best at it. He successfully used the technique against many of the biggest names in boxing, like Manny Pacquiao, Canelo Alvarez, and Juan Manual Marquez.

The pull counter also happens to be one of the most straightforward counterpunching techniques to learn. There isn’t much to performing the technique; you simply pull your head back while simultaneously countering your opponent’s punch. You can use the pull counter to evade straights and hooks effectively. You can even use it to evade uppercuts once you get the hang of it.

Here are some pointers that will help you to master the pull counter: 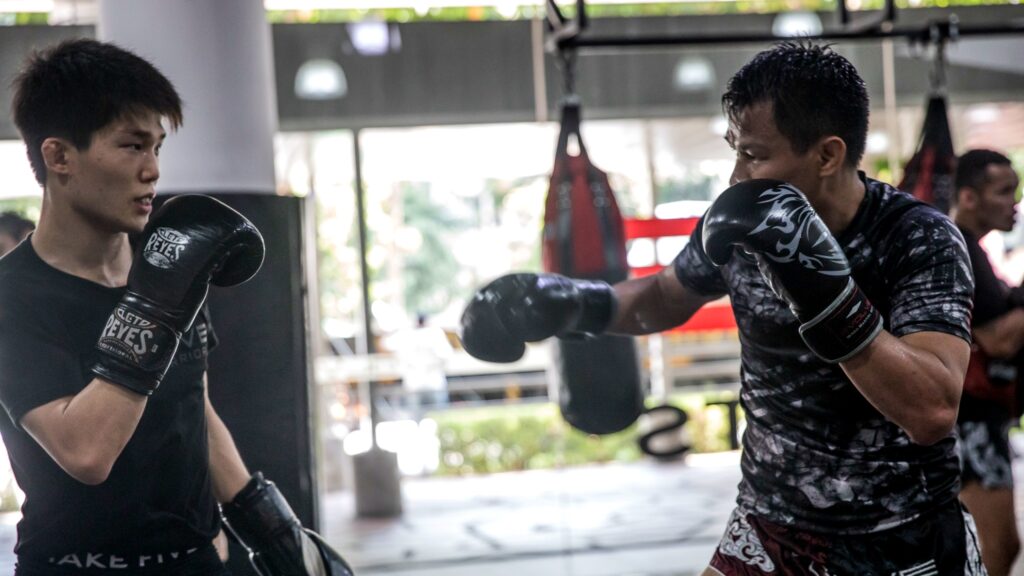 With proper execution, the pull counter can be an effective way to evade your opponent’s punches and set up your counterattacks.

As with any counter, being able to predict your opponent’s next attack helps to time your pull and counter. Distance is your friend when it comes to this since you can limit potential attacks your opponent can throw.

For example, if you’re right at the edge of your opponent’s punching range, straight punches are the only fast attacks they can throw at you. Hooks take longer to reach their target, making it easier for you to evade them, while overhands are telegraphed as soon as your opponent swings their arm.

Master range, and you’ll be able to put yourself in situations where your primary concern is evading straight punches. Then, when you think your opponent is about to throw a straight, lean back a little and fire back with a counter. A cross is typically the easiest counter to land after a pull, so start with crosses until you get the basics down. You can then move on to countering with looping punches.

Slipping is one of the most important defensive maneuvers in boxing. When used correctly, it allows you to evade your opponent’s punches while staying in punching range or moving closer to your opponent. This makes the slip counter an effective way to set up your counterattacks.

Just like the pull counter, there are some key things to keep in mind when using the slip counter:

Like the pull counter, the slip counter is a versatile tool with offensive and defensive uses. It can help you bait your opponent into making a mistake when used correctly. It can also be used to set up your attacks as you close the distance.

However, you’ll need a high boxing IQ and cat-like reflexes to execute this technique like the pros. If you are not careful, the slip counter can be easily countered. For example, an opponent might throw a punch at where they think your head will be if you overuse the slip counter.

Mixing up your slips and pulls makes it harder for your opponent to predict how you might opt to counter their punches.