When it comes to sheer knockout power in boxing, nothing packs more punch than the overhand right. This punch carries considerable knockout power – making it a weapon to be feared – but if you don’t know how to throw it correctly, you might as well not bother.

This shot is referred to as the overhand right because it comes over your opponent’s lead hand, as opposed to the straight right which goes through the guard. The mechanics behind this punch are similar to throwing a baseball, as it needs to be wound up and thrown over the top with lots of momentum. Using your hips and shoulders with your swing, you will build up a large amount of torque and velocity.

To throw the punch properly, your left foot needs to step in the same direction as the punch, meaning if you’re fighting in orthodox your front foot goes forward and to the left slightly, matching the trajectory of your punch. As you step in, shift your weight onto your front leg to get your full weight behind the punch. The step naturally puts your arm in an arc shape, which will help you to get around your opponent’s guard.

Some people like to keep their back foot where it is and maintain a wide stance when they throw, allowing them to fall back with relative ease. When punching this way, it is wise to roll out to the right once the punch has landed to save you from being countered. It’s more sensible to bring your back foot forward with you to get more twist on the punch, doing so will also keep your feet squared so that you don’t lose balance if caught. 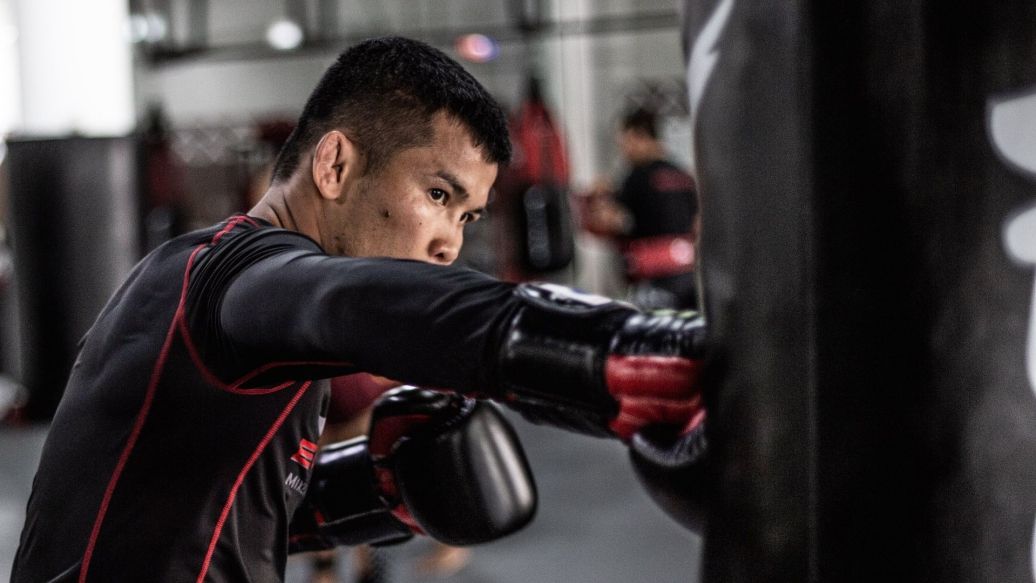 In boxing you never stop working on the fundamentals.

As far as range and distance are concerned, if they can hit you with the jab, chances are you can get them with the overhand. Some people like to step in with sharp, tight punches to avoid being too exposed, whereas others such as American knockout artist Deontay Wilder throw big, wide, and looping punches. Keep in mind that telegraphed overhands will be easy to avoid and to counter, and that if your opponent is taller or has a longer reach, you may need to slip into range.

The overhand right is like kryptonite to a southpaw. Even the mighty Manny Pacquiao has fallen victim to a knockout by this crushing punch when he faced Juan Manuel Marquez, in a fight Manny appeared to be winning. Manuel feinted low, causing Manny to drop his guard, where he was then caught with a looping overhand, putting Manny on the canvas.

Here’s How To Perfect Your Hook In Boxing https://t.co/X0YJ51Ofew #EvolveMMA #Boxing pic.twitter.com/M0LOm0VH3j

Timing is everything for success with the overhand. An opponent’s defense must be opened for it to land effectively, as is the case with the overhand left. The punch also provides a number of countering opportunities. Lomachenko often dips to his left and to his right when in front of his opponent, then he waits for the right moment and uses the dip as a load up for his overhand. 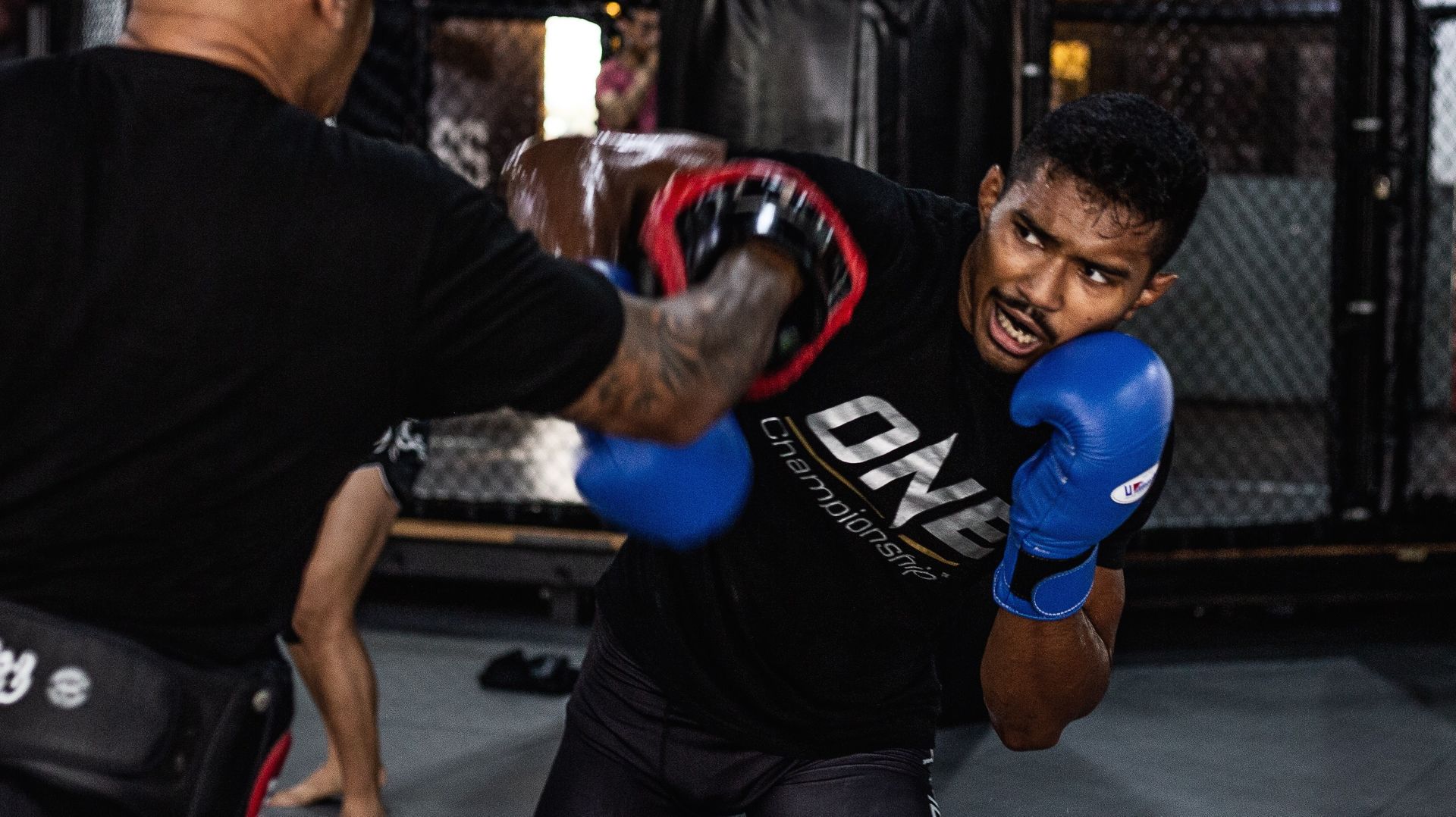 Boxing is also known as ‘The Sweet Science.’

Your jab is a perfect tool for setting up the overhand right, as it will preoccupy your opponent with what’s in front of him. Gennady Golovkin is known to use this tactic, throwing jabs at his opponent so he shells up, then coming around with the overhand. When watching him fight, you will notice how he sometimes feints the overhand to gauge whether or not his opponent reacts to it. If his opponent doesn’t, the next time it’s usually for real.

Barrel-rolling is another sneaky way to set up an overhand right and is also a defensive move that’s useful when you are under fire. To achieve it you need to wait for your opponent to throw a hook, and as you duck and go underneath it bring your right hand over the top as you come up. Don’t dip too low and keep your eyes on your opponent at all times.

Here’s How To Perfect Your Cross In Boxing https://t.co/ta3NzdHnYb #EvolveMMA #Boxing pic.twitter.com/mr59hYefNW

Another option to get past somebody’s guard is to scoop their lead hand down as though you are pulling a lever. You can actually use their resistance as leverage to pull your self towards them while bringing your right hand straight over their now-defunct lead hand. Tactics like this are rare and will intimidate your opponents and make them feel like they are out of their depth. If you are doing MMA, another sly tactic is to feint a takedown and throw the overhand.

If you trust your reflexes enough, you can always try to bait your opponent into throwing a jab, from there you can slap their lead hand down and bring the overhand above it. You can also start your swing low, so your opponent thinks you are going for a body hook. This setup works very well against southpaws, and can also be used as a counter over a lead right from another orthodox fighter.

If you end up fighting somebody who repeatedly throws a lot of overhands at you, don’t despair. This provides a perfect opportunity to duck underneath their overhand and throw your own. If you’re quick enough, you will get to their chin before they return with their guard. Marcos Maidana was a master of this tactic, which even Floyd Mayweather had difficulty defending against.

Remember, the overhand right is a dangerous punch, for you and your opponent. Yes, it will do a lot of damage if it lands, but also keep in mind that often you will be exposing yourself in the process – so make sure you keep your guard up on your left side as you swing around – and make sure you set it up properly. It is also sensible to drill exit strategies for after the punch has landed, such as a roll or sidestep to get you out of harm’s way.

The best way to counter an overhand right is to lean back and counter with your own before your opponent resets. Alternatively, you can block it by bringing your left hand up as though you are answering the phone. Keep in mind that blocking still causes damage and can knock you around, not to mention that if your opponent notices you doing it, they may feint an overhand right to draw your guard up for a body shot.