In Muay Thai, there aren’t many things more effective than a well-placed liver shot. Whether it’s a punch, a kick, or a knee, the result is almost always the same and never fun for the victim. A liver shot rarely looks like anything special, but as anyone who’s been hit with one will attest that it can put you out almost instantly. Even boxing greats like Oscar De La Hoya have fallen to the canvas from a liver shot, never to beat the count.

When landed correctly, a liver shot will paralyze your opponent, temporarily causing his legs to go from underneath him as his muscles contract and breathing becomes difficult. If you’re in an MMA fight and you get hit with one of these, you will probably want the referee to step in and save you. If he doesn’t, good luck defending yourself on the ground.

The liver is located at the bottom of your right rib, with the majority of it being protected by the rib cage. The liver is packed with blood vessels and nerves, when the ribs around it are hit hard enough, they will smash against the liver, causing shock waves that activate nerves and cause your blood pressure to decrease.

When that happens, less blood gets to the brain, and it becomes difficult to stay on your feet, the body wants you to lie down so that the blood can more easily return to the head.

If you want to incorporate devastating liver shots into your arsenal, here’s a guide that will make it difficult for your opponent to even the shot coming.

The shovel hook is your best friend for landing the liver shot. Its somewhere between a hook and an uppercut, coming up at a diagonal angle with your weight planted on your front foot for maximum power. Keep the punch tight and your rear hand covering your face from counter hooks, and your elbow against your liver just in case your opponent has the same idea. The upward motion helps to get your fist underneath the ribcage to hit the liver directly.

The chances of anyone staying on their feet after one of these is very minimal, but the problem with throwing it is it tends to leave your entire left side completely exposed, and due to it being a low punch it also requires you to lower the hand all the way to get any meaningful power behind it. To add to this, the punch also demands you to be at extremely close range as it’s simply too dangerous to lead with. This is where setups come into play.

Use feints to read your opponent, particularly with high jabs to try and raise his guard. Keep pumping them out as a probe to see if he raises his guard to block it, if he doesn’t, jab him in the forehead to let him know you’re not bluffing. Once he takes the bait and raises his hands to block, you can slip in close enough to throw the shovel hook. That said, not every fighter will fall for such a basic tactic, in which case you need to get creative with your setups.

A good one for beginners to start with is a basic jab, cross, slip to shovel hook. The cross, in this case, is more of a distraction to force your opponent’s guard up. If after throwing your first jab, you notice him step back, double or triple it up as you chase him down. Remember to keep your rear hand guarding your face as you jab, and to keep it glued to your side when you throw the shovel hook.

A more advanced set up would be to throw the jab followed by a right hook to a left shovel hook. Naturally, this is a little trickier as the hook will leave you more exposed, but it will do more damage if it gets through, and if not, will guarantee to bring up the high guard. Throwing the shovel hook after a right hook will give you added torque as both punches come from the hip.

When you have your opponent against the ropes or the cage, hooks are great to stop him from slipping away at the sides. A left to right hook combo followed by a liver shot will usually do the trick, but there is also nothing stopping you staying on the same side and doing left hook to left shovel hook, making it more likely that their right hand will be raised in anticipation for another left hook, though keep in mind punching with two hands is faster than punching on the same side twice.

Naturally, when dealing with southpaws, the liver is above their lead foot, making it a closer target. You can easily slip a southpaw jab to the outside and bring a shovel hook up into their liver. Slipping to the outside will put you in a superior position as the angle will require your opponent to readjust or risk being off-balance. It is during this millisecond that you throw the shovel hook. There is nothing stopping you from following the liver shot with a hook to the head for good measure. 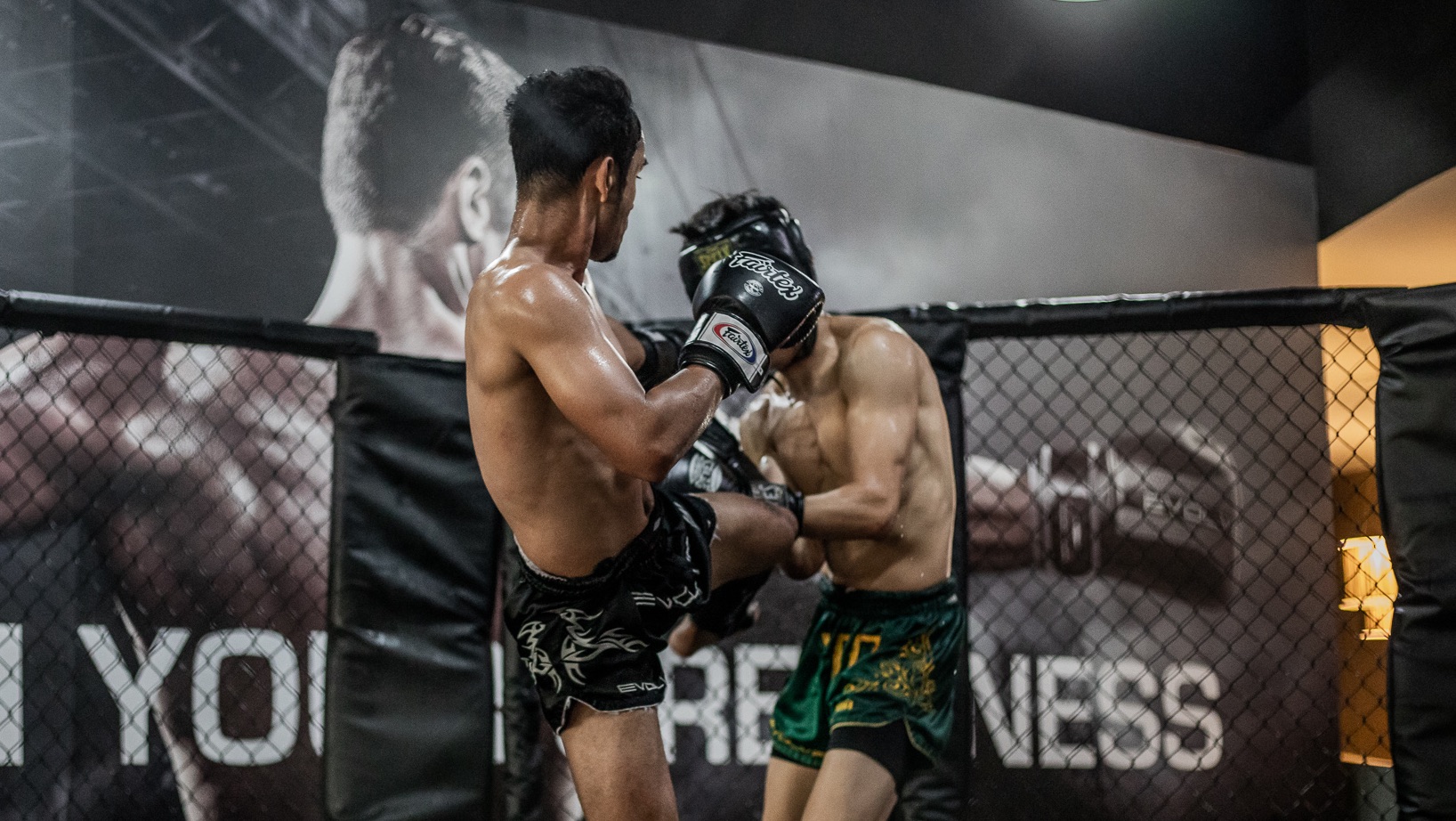 Similar setups can be done using kicks, which if your opponent is backing away, may be a better option after a two or three punch combo. If you are a more long-range fighter or you favor kicks, you can continuously throw left high kicks to bring your opponent’s right hand up. When your opponent is predicting your attacks, feint high then go to the liver once he lifts his guard in anticipation. When performing liver kicks, take extra care not to kick your opponent’s elbow.

Perhaps the most punishing of all is a knee to the liver, and woe to anyone who falls victim to such a brutal attack. Fortunately for your opponent, this is a tough one to set up and land properly, but that’s what this guide is for. A knee to the liver can be set up using varied right kicks to condition your opponent to block kicks on his left side.

When you notice they are reading you, you can throw a feint right kick that is effectively a stance switch in disguise, Instead of committing to the kick, plant what is now your lead foot in front of you and pivot forward on the ball of your foot, followed by a rapid knee to the liver. Under MMA and Muay Thai rules, nothing is stopping you from clinching and pulling him into the knee as you jump. 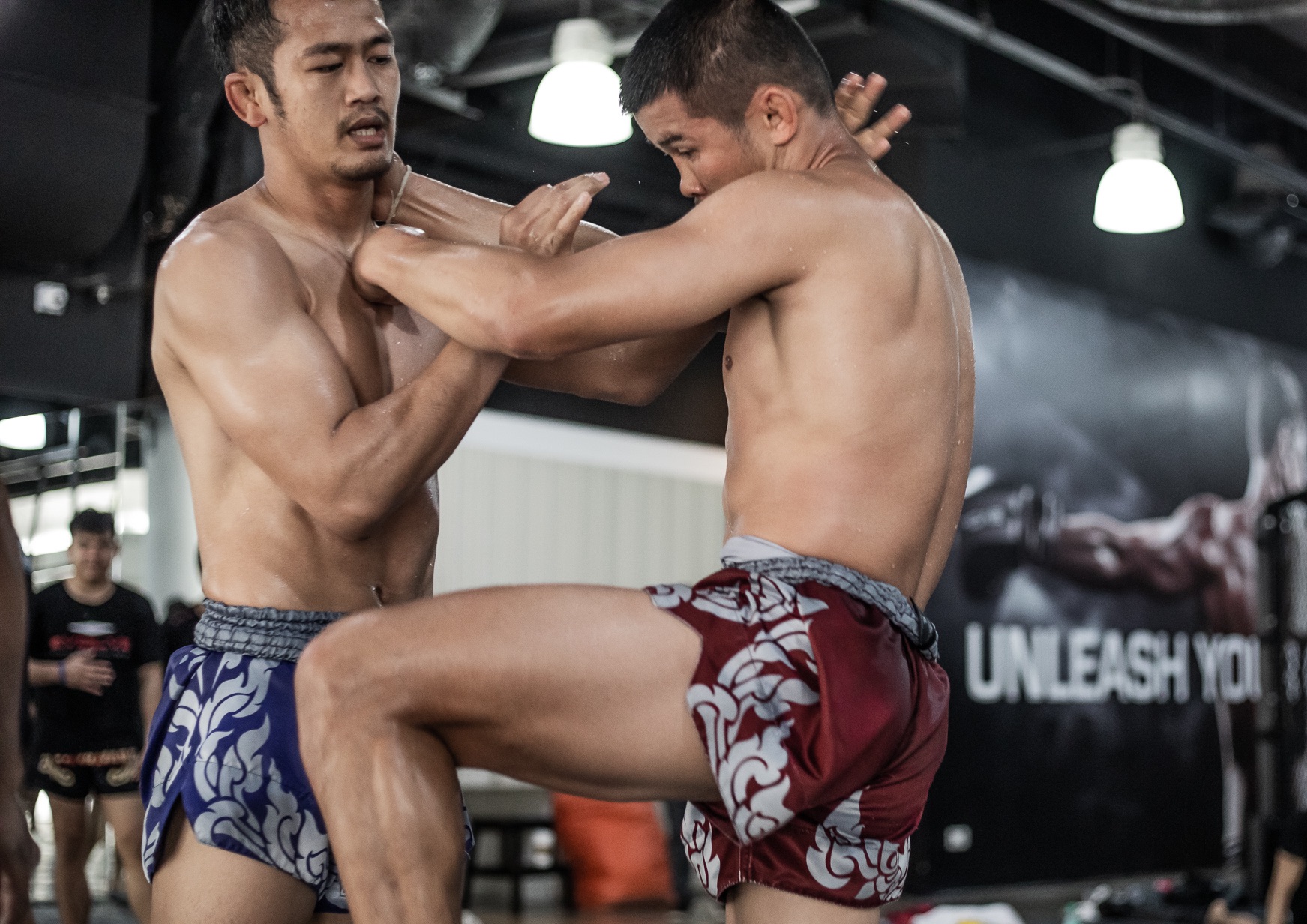 Whatever form of striking you prefer, setting up the liver shot is all about changing levels and keeping your opponent guessing which way you’re gonna strike. Don’t get caught up headhunting all the time, it’s predictable, and you will miss valuable opportunities for body shots. Feint high and throw body jabs and low kicks into the mix regularly. Remember that if his guard is up, his liver is exposed, so take full advantage.