Out of all power punches in boxing, the uppercut is the most difficult to execute and land. But when it does connect, the uppercut has explosive properties unlike any other punch. Its direct connection with an opponent’s jaw and maximum speed and velocity generate enough power to turn the lights off on anyone upon impact.

Circling back, however, uppercuts are terribly complicated to land. Lead uppercuts have a very low probability of success, which is why the uppercut always needs some sort of setup. It’s almost always preceded by a jab, a hook, or at the tail end of a combination.

Indeed, separating your opponent from his senses is a precise art, even more if you plan on doing so with an uppercut.

Furthermore, the uppercut is the hardest punch to master, technique-wise. It’s hard to execute by the book, and even harder to modify. Not surprisingly, elite boxers at the highest level all dedicate specific time to work on their uppercuts and figure out the best ways to weave them into combinations.

A fighter’s skill and ability are seen in the application of techniques to create the perfect conditions for a finishing hit. If you’re looking to improve the effectiveness of your uppercut, and maximize the opportunity to end fights with a knockout using this punch, then you’re in luck. We’ve come up with a list of tips to help you out.

The first, and arguably the most important, is, of course, to learn how to properly throw an uppercut with the right technique. After all, you need to learn how to use your weapons before you go into battle. With the proper technique, you can enhance your uppercut and make your form tight and compact. This optimizes the flow of your movement, generating more power.

An important point to remember is generating power from your base by bending your knees and keeping your hips down. Power from an uppercut comes from the base, transferred through the torso, and into the fist.

Rotating the hips in a smooth, natural motion is also ideal as you throw an uppercut.

Your arms should be relaxed as you execute, fist tightened only on impact. It should be a controlled, precise movement.

Of course, don’t forget your defense. Keep your off-hand up to guard your chin. As soon as you throw the uppercut, bring that hand right back to your glove guard as well. Throwing the uppercut, unfortunately, leaves you wide open to getting countered, so use it wisely.

2) Practice On The Uppercut Bag And Double-Ended Bag

Two of the best tools in the gym to practice the uppercut are the uppercut bag and double-ended bag. Each piece of equipment has its own specific use. Once you have the technique locked down, and deeply ingrained into your muscle memory, practice on these bags to truly make the uppercut second nature to you.

The uppercut bag, also called the wall-mounted bag, is screwed in place. It doesn’t move when it. It is ideal for practicing power uppercuts, or rapid uppercut combinations. But its static nature means there are only specific angles you can hit it from. While best for developing power and strengthening the wrists, it severely limits movement and is not conducive to training with footwork at all.

On the other hand, the double-ended bag allows for the use of footwork and reflexes. It’s small in size and high in mobility, giving you a moving target, which is great for improving accuracy and precision.

Using both the uppercut bag and the double-ended bag to practice your uppercuts is best.

3) Set Up The Uppercut

As previously stated, it’s incredibly difficult to land the lead uppercut, although possible. Still, setting up the uppercut would be the way to go if you’re looking for a knockout.

They say that in boxing, the punches you don’t see coming hurt the most. Sneaking the uppercut into a fluid combination makes it more effective than if telegraphed. Try to throw the uppercut behind a hook or a jab.

There is no magic combination to ensure the perfect uppercut knockout, but there are commonly used uppercut combinations you can try.

A good example is distracting your opponent’s guard with a jab-straight, or a jab feint-straight, then immediately followed up with a jab to the solar plexus. This will draw the glove guard down and away from the chin. All that’s left is to end the combination with a swift and commanding uppercut.

4) Sit Down On Your Punches To Generate Power 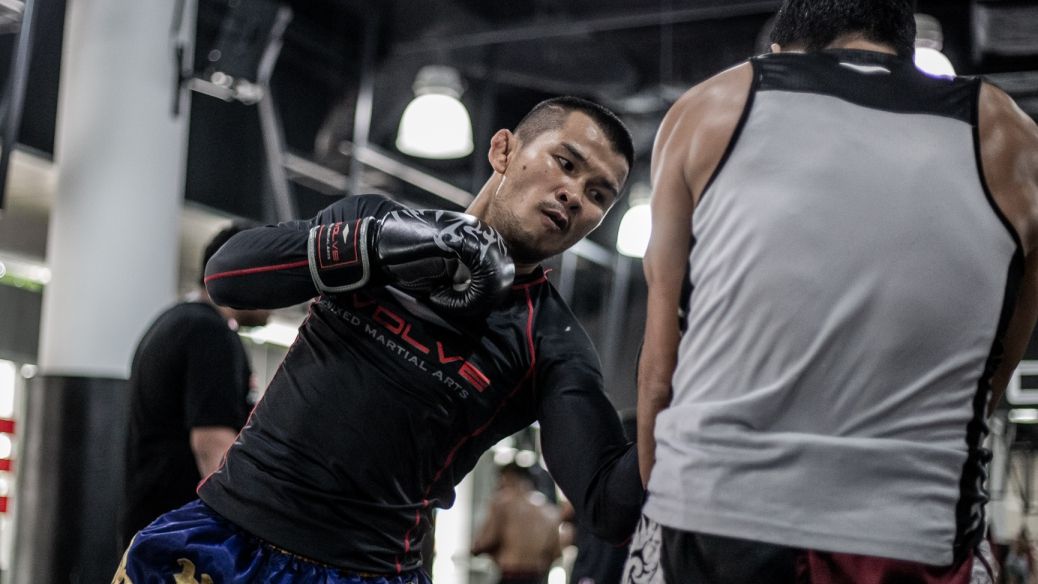 A piece of advice for people who lift their whole body up to add force to their uppercuts: DON’T.

This is a rookie mistake that does the exact opposite of what it’s meant to do. To generate knockout power behind the uppercut, you have to ground your body and really dig your heels in. Jumping up into your throw does not increase the force behind it. In fact, it decreases the impact of your hit.

Instead of doing that, try rotating your hips instead. Much of the force that goes behind a punch comes from the movement of the hips, and you’ll find that your punches will be more effective with this method.

As with all punches, focus on speed and velocity rather than power, as that translates into power itself.

5) Drive Through the Target 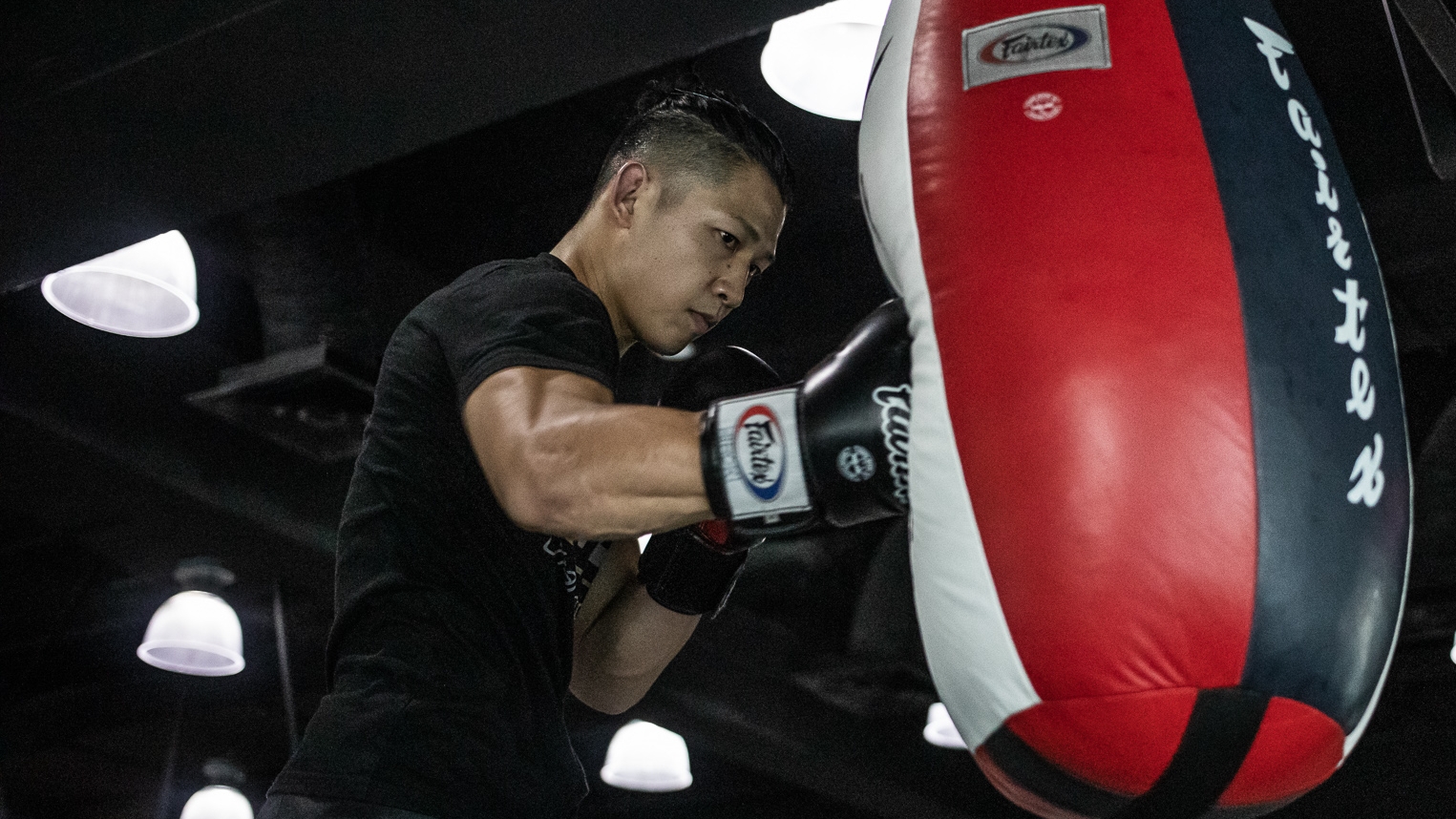 While it’s commonly taught to snap your hand back after throwing a punch, there are cases when you will want to drive through the target, especially if you want to do more damage. Punching through the target will ensure all the kinetic energy generated from the punch is transferred to your opponent.

The snapping punch has its uses, of course, but if you want to power up your hit, it’s not the technique you should use. Snapping won’t amass the destructive force you need to seriously damage your opponent. Employ a pushing punch and drive it through your target instead, and you’ll immediately see the difference.

Be mindful of counters, however, as driving through the target will leave you more vulnerable to them. If you’re absolutely sure of connecting, then by all means, put your entire weight behind your uppercut.

6) Catch Your Opponent When He Least Expects It 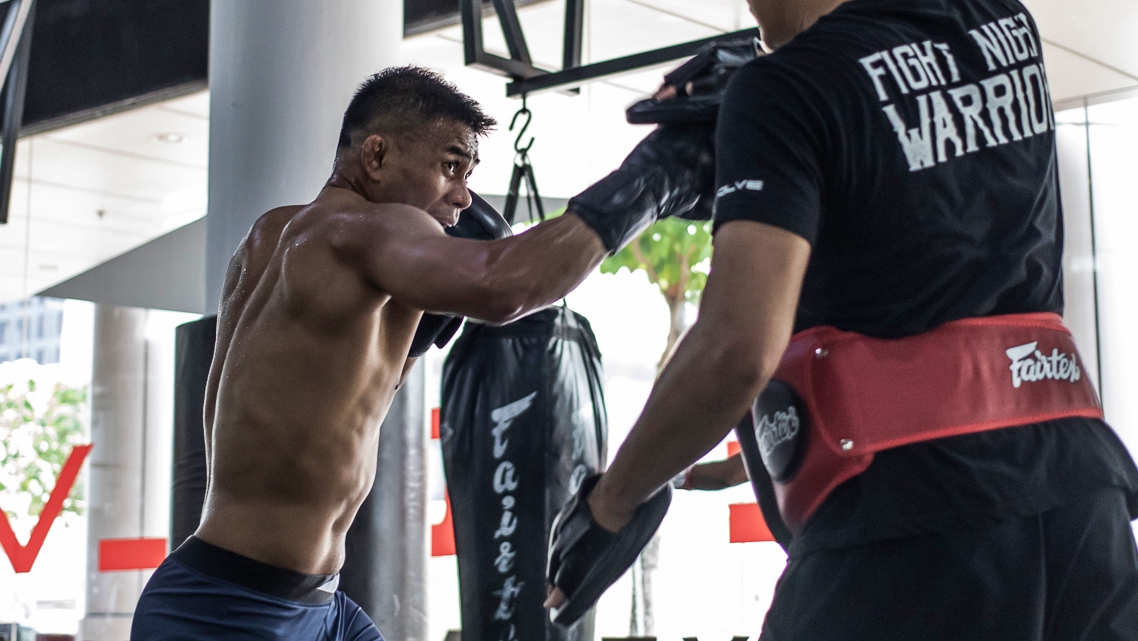 Your chance of landing a good hit increases the less your opponent expects it. Facing off against another boxer requires you to be vigilant towards movement, to be able to effectively defend or counter. Within the same concept, being unreadable inside the ring increases your chances of getting a clean hit in.

As much as you can, try not to telegraph your punches. Keep your shoulders relaxed and your face blank—no one can guard a hit they don’t know is coming, so surprising your foe with an attack is a good tactic. Another is using winning combinations to effectively distract the guard from where you want to hit.

Constantly practice and keep your mind open to new strategies. With the tips mentioned above, you may just land a clean uppercut that will knock your opponent right out of the ring.