Roy Jones Jr. might be the greatest fighter in the history of boxing. You wouldn’t be wrong to say that he is one of the most athletic and skilled fighters ever. It’s that enviable combination coupled with unshakable self-confidence that has made Jones an all-time great.

As an amateur, Jones won two National Golden Gloves titles. He was also famously robbed of the gold medal in the 1988 Olympics in Seoul, Korea. By most accounts, Jones outboxed Park Si-Hun, including forcing a standing 8-count in the second round.

Unfortunately for Jones, he didn’t get the nod from the judges. The heartbreak was difficult to take, but Jones pivoted as quickly in life as he did in the ring. Jones turned professional in May 1989 and immediately ran off 34 straight wins to start his pro career. Jones’ first defeat came via disqualification when he mistakenly hit Montell Griffin while he was down on one knee. 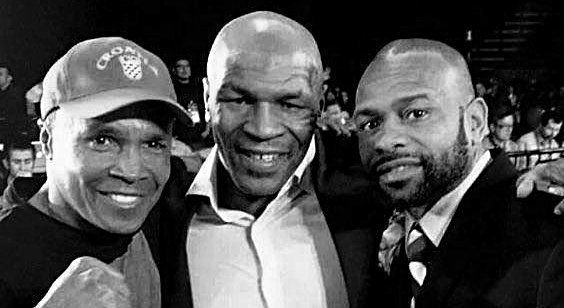 Jones would dominate Griffin in the rematch to resume his dominance. Jones won six world championships in his career in four different weight classes, including climbing all the way to heavyweight to win a title.

Jones may or may not be done competing. There have been talks of Jones taking on ONE Championship’s Vitor Belfort in a boxing match. If Jones is done, he’s already accomplished enough for two Hall-of-Fame careers.

His record is 66-9, with 49 KOs. Quite honestly, most of the defeats have come well after Jones’ glorious prime. With an array of skills at his disposal, here are five of the top techniques Jones used en route to his status as a living legend in the sport.

Most boxing trainers will advise against keeping your hands at your side during a match. Defend yourself at all times, is usually the primary piece of advice when you first take up boxing. However, most boxers don’t possess the superior hand-to-eye coordination and instincts that Jones has been blessed with in the boxing ring.

Jones’ set style often saw him with his hands down and relying on head movement to evade his opponent’s punches. He used his cat-like reflexes to bob and weave, slip and counter his opponents into oblivion. Jones was a master at this sort of style, and he built his entire career around it.

On the offensive side, Jones’ hands-down style allowed him to hide his punches and to fire away from a variety of angles. This strategy is the basis for the fantastic puzzle that Jones has presented to his opponents.

Rather than depending on a prevalent jab, Jones effectively mixed in a few different punches as his lead strike. One of Jones’ most devastating lead punches is his lead left hook. Jones has used the punch with devastating results.

He springs from out of nowhere, firing the lead left hook from the hip. The speed and velocity with which it traveled, magnified the power Jones possessed. Opponents usually never sense it coming, and they are shocked when it connects.

They say it’s the punch you don’t see that knocks you out. Jones finished many opponents with his lead left hook.

There is a plethora of footage of Jones stunning and dropping opponents with a left hook to start an exchange. Jones has several beautiful techniques, but this one might be the best–or at least the most attractive.

If you’re looking for Jones’ most punishing punch, it might be his right cross.

Jones was capable of throwing it to follow the aforementioned left hook, or as a lead after a fake jab or foot feint. Early in Jones’ career, he used this punch to paste Ricky Stackhouse en route to a 46-second demolition.

The punch became such a big part of Jones’ arsenal that it was made a signature punch for him in the Fight Night video game series. Oftentimes, when Jones is discussed, his power isn’t mentioned because people are so mystified by his speed and movement. However, Jones’ punching power was real.

He was also very technically sound in his prime. To this day, not many boxers have been able to combine skill, athleticism, speed, and power the way Jones has.

At the core of Jones’ best attributes is his lightning-fast hand speed. It’s not much of a stretch to suggest that no middleweight, super middleweight, light heavyweight or heavyweight has ever had faster hands than Jones.

Whether it was a jab, cross, hook, uppercut, or body shot, Jones could blind or paralyze his opponent’s movement with speed alone.

Jones pitched a complete shutout in a round in that bout using his superior movement and hand speed to keep Pazienza from landing a single punch in the frame. It is the only time in boxing history, since the era of punch stats were collected, that a fighter has failed to land a punch for an entire round.

Sometimes the best defense is an intimidating offense.

If you want to be truly blown away at the skill of a boxer, watch Jones throw combinations.

The speed, accuracy, and effortless nature of the punches are breathtaking for anyone capable of appreciating the sweet science.

He was known to throw hooks in rapid succession. At one time, he was nicknamed by fans as “Captain Hook”, because he would rail off four or five hooks in a row from different angles. But he would also mix it up with a variety of punches.

Jones’ combos were so fierce and quick that the series of punches often forced the opponents to shell up in an effort to protect themselves.

The blitz that Jones can deliver to his foes is one of the most insurmountable weapons he brings into the rings. It’s also arguably the most enjoyable single sequence a boxing fan can watch.