Learn How To Improve Your KO Technique For Muay Thai (Videos) 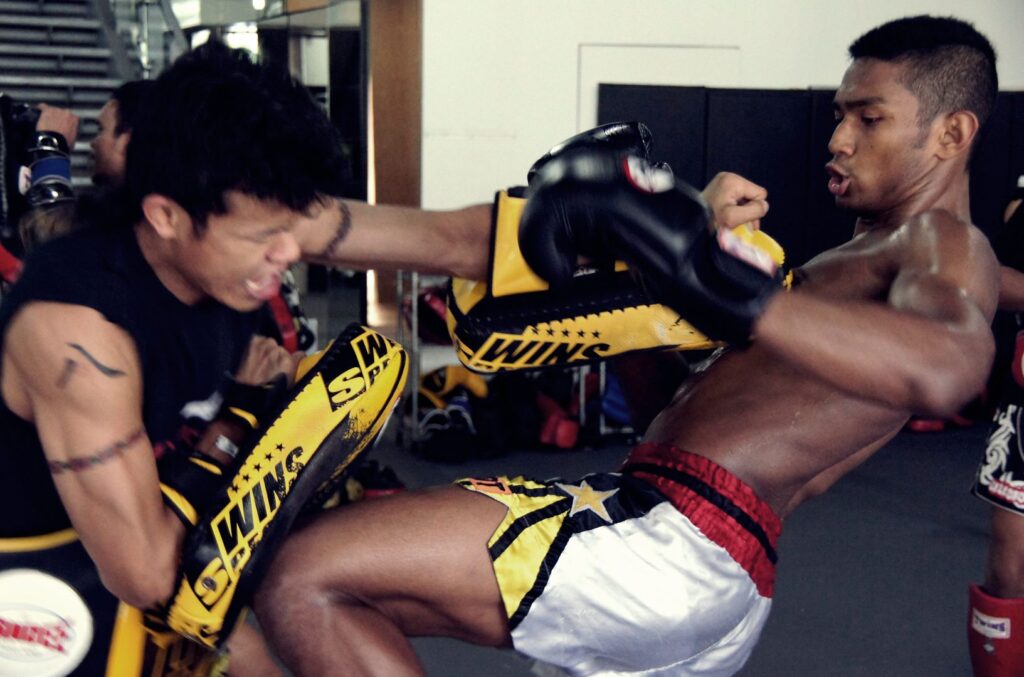 Landing a knockout is probably one of the most exciting moments in a fighter’s career. For the audience, there’s nothing more exhilarating than seeing a fighter land a perfect technique, sending their opponent slumping down in the ring or cage.

No matter how long you’ve been training martial arts, knocking out your opponent requires a lot of skill and hard work. You have to be smarter, faster and more technically competent than your opponent – but sometimes, your opponent can get lucky (which is something we can’t avoid). According to Muay Thai World Champion Orono Wor Petchpun, successfully executing a knockout requires perfect timing, quick thinking, and physical power. There’s no doubt that it’s tough, but according to Orono, it is a skill that can be developed.

Today, Evolve Daily sits down with Orono to discuss how to improve your knockout technique for Muay Thai:

1) Powerful Knees
According to Orono, one of the keys to a powerful knee is through conditioning. He recalls strengthening his legs by running 10 kilometers a day, seven days a week before training for a fight. Sometimes, he would supplement running with 5 sets of 100-meter sprints as well.

Apart from running, Orono emphasizes on the use of the hips in generating momentum. By pushing the hips forward and leaning the upper body back, it will be easier to land the knee on your opponent’s abdomen. “Don’t forget to angle your knee diagonally,” says Orono. “This will help you generate more force and it will make your knee feel sharper.”

2) Powerful Elbows
For Orono, the hips and shoulders play an integral role in landing a powerful elbow. Your hip should follow the motion of the elbow at the same time, twisting your shoulder inward to generate power.

Another tip Orono has is to incorporate the elbows in every combination you throw, whether in sparring, or on the bag or pads. Doing so will ensure that your technique is perfect and becomes second nature when the time calls for it.

“When you have your opponent in a clinch, its easier to throw a more powerful elbow.” Orono explains, “You can use their arm to control them, then deliver a hard elbow after.”

3) Powerful High Kicks
To land a powerful high kick not only requires flexibility, technique and timing, but also the ability to set it up properly. For Orono, tricking his opponents by landing strikes to their body or legs gives him space to land the high kick. “I look down at their feet, pretending to do a low leg kick,” reveals Orono, “So they follow my eyes but by then, it’s too late because I’ve already made contact with their head.”

To work on your high kick, Orono advises to practice on a bag. “Hit the bag at neck level,” Orono says. “Make sure your shin and ankle hits the bag and don’t forget to pivot on your standing leg!”

4) Powerful Punches
A good knockout punch requires a lot of power, technique and an element of surprise. In Muay Thai, the right cross is often used as a knockout punch and used at the end of a combination. “You have to turn your hips into the punch for more power,” Orono advises. Similar to the knee, a lot of momentum and power is generated from the hips.

To work on your punches, Orono says to include a punch in every combination you do. Whether it’s in sparring, shadow boxing or on the pads or bag, learning how to punch with power combined with knees, elbows and kicks will definitely make you a more dangerous, well-rounded fighter.

Remember, to become a better martial artist, we not only have to train hard but also understand techniques deeply to the point where they become instinct. The more we master our fundamentals, the easier it will be for us to land that knockout punch, knee, elbow or kick we’ve always wanted to do!