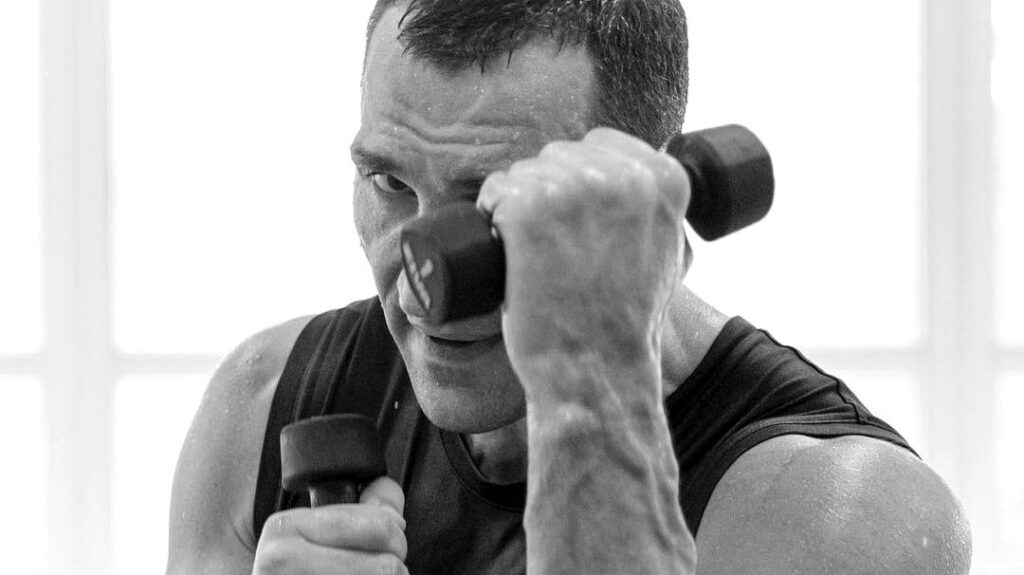 Boxing’s heavyweight division is its most glorious in history. There’s just something about these giants connecting on thunderous punches that gets the average boxing fan so pumped and excited.

While modern-day heavyweights like Anthony Joshua, Deontay Wilder, and Tyson Fury are all great in their own right, much is to be said about the men who came before them — the legendary heavyweights who captivated audiences with their unbridled knockout power.

They have built insane highlight reels of pure action and excitement, brought crowds in sold-out arenas to the edge of their seats, and subsequently catapulted the sport of boxing into the mainstream.

Every punch they threw reverberated through stadiums. They are the supreme knockout artists of the fight game. Today, Evolve Daily shares the top five hardest punching heavyweights in boxing history.

American professional boxing legend George Foreman was a two-time heavyweight World Champion and an Olympic gold medalist. He has faced some of the biggest names in boxing history, including the likes of Ken Norton, Joe Frazier, Evander Holyfield, Michael Moorer, Shannon Briggs, and of course, the legendary Muhammad Ali.

Most casual fans know Foreman best for his lean mean grilling machine, the George Foreman Grill. But to hardcore boxing fans, he was an incredible fighter.

During his prime, Foreman was perhaps the most feared man in all of boxing. For his unbridled knockout power alone, which resulted in 68 of his 76 victories ending within the distance, Foreman was without a doubt one of the hardest punchers in boxing at his peak.

Footage of Foreman’s devastating hooks still elicits the feeling of fear. The Ring Magazine ranked Foreman the ninth greatest puncher of all time across all weight divisions.

Few men in the sport of boxing commanded the kind of respect borne out of fear than the man they call “Iron Mike”. American heavyweight boxing legend Mike Tyson is perhaps the most feared puncher in the history of the sport.

Growing up in New York, Tyson was born into poverty and hardship and seemed on the path of destruction. By the age of 13, he was already arrested over 30 times. It wasn’t until he discovered the sport of boxing, that he changed his life for the better.

Under the tutelage of legendary boxing coach Cus D’Amato, Tyson developed rapidly into what many called “The Baddest Man on the Planet.” Over his career, Tyson stopped 44 opponents out of 50 victories, many in the early rounds.

Tyson was such a force that opponents feared his vaunted punching power and were mentally defeated before they even stepped foot in the ring with him.

Nicknamed “The Lion” early in his career, British heavyweight boxing great Lennox Lewis was a force to be reckoned with from 1989 to 2003. He was a three-time heavyweight World Champion, a two-time lineal champion, and is the last heavyweight in the history of the sport to hold the undisputed title.

Over his career which spans nearly 15 years of excellence, Lewis knocked out 32 opponents out of 42 victories. He only lost twice in his career and has defeated the sport’s biggest names including Mike Tyson, Vitali Klitschko, Hasim Rahman, David Tua, Evander Holyfield, Shannon Briggs, Andrew Golota, and Tommy Morrison, to name a few.

What made Lewis such a feared puncher wasn’t so much his power, however, which was undeniable. But it was his technical mastery.

Lewis wasn’t like many of the heavyweights of his time who relied on mere brute force and strength. Lewis was a calculated, thinking fighter that loved to develop effective strategies against his opponents.

Samoan New Zealander David Tua competed from 1992 all the way up to 2013. Known for his formidable punching power, Tua was one of the hardest punching heavyweights of his time. His left hook, in particular, was especially devastating and was responsible for 43 knockouts out of 52 wins.

Raised in a large family including four brothers and four sisters, Tua was introduced to boxing by his father growing up. He later became a national heavyweight champion at the age of 15. At the age of 19, he captured a bronze medal at the 1992 Olympics in Barcelona and then turned pro.

As a professional, Tua quickly built a solid reputation as one of the hardest punchers in the game and was a dangerous matchup for anyone at heavyweight during his prime. Notable victories include wins over Hasim Rahman, John Ruiz, Michael Moorer, and Shane Cameron.

The legendary Wladimir Klitschko is no doubt one of the hardest punching heavyweights in boxing history. Of course, having a nickname like “Dr. Steelhammer”, already kind of alluded to that. The Ukrainian legend competed at the highest level from 1996 to 2017, amassing an impressive 64-5 professional record, with 53 of his wins coming within the distance.

Klitschko was extremely technical and utilized many of his God-given natural gifts such as his 6-foot-6-inch frame and 81-inch reach. Most of Klitschko’s opponents had difficulty overcoming his ominous size advantage. But aside from that, Klitschko was a very technical boxer who showcased great fundamental skills.