5 Models Who Get Runway Ready With Martial Arts #STRONGISTHENEWSEXY. More than just a trending millennial hashtag, this has been a monumental shift in body positivity for women, and we hope this message is here to stay. Being healthy and physically strong affects your confidence, your mindset and gives you a powerful immune system! Though the hashtag infers that being healthy and strong is attractive, ultimately attractiveness starts from within and what’s important is how attractive you feel about yourself. Martial arts has become the go-to exercise that models are incorporating into their lives, especially leading up to an event, because it rewards them with everything that #strongisthenewsexy advocates.

If you’re considering what type of exercise to begin, or if you should start training more regularly, here are 5 models who attest that they get both runway-ready and life-ready with martial arts.

Hong Kong-raised, Mia is a swimsuit model who has featured in Vogue and Sports Illustrated. She turned to martial arts last year after battling body and confidence issues, and said that martial arts had “turned her life around”. Mia stayed in Thailand this year to train for 6 months and complete her fight camp before she entered her professional Muay Thai debut in Koh Samui, where she won via third round TKO.

Mia says it perfectly when she said this: “I have been size 0 and size 14 and I’ve never felt comfortable in my own skin until I found fitness and health through Muay Thai, and honestly, I am just so comfortable with my body now. However it continues to evolve, I can just embrace it as, honestly, I have never been so happy with who I am.”.

Mia is unstoppable and now eyeing the prize for more successes in her upcoming Muay Thai fights and preparing to debut in MMA as well – all while keeping her full-time job, modeling.

The BJJ world is buzzing with news of Demi’s newly attained promotion to blue belt. Anyone who trains BJJ knows that receiving a colored belt is no easy achievement, and represents hours upon hours of hard work and training. Demi says this in her own words, captioning her celebratory Instagram post with, “I fell in love with #BJJ over a year ago and have been training several times a week ever since…”.

Demi’s work schedule is undoubtedly jam-packed, having recently sung the US national anthem at the Mayweather vs McGregor boxing fight and at the MTV Music Video Awards, and with her about to release a new album. Her commitment to training BJJ several times a week keeps her (more than) in shape for any public appearance.

If that’s not awesome enough, Demi has also shown an interest in MMA, which she also trains and says is “her kind of Grammy prep.”

Gigi is one of the most sought-after supermodels in the world. She has walked for Victoria’s Secret, graced the runway for designers Versace, Balmain, and Fendi, and covered for Vogue.

To get ready for photo shoots or fashion shows, Gigi turns to boxing sessions daily, and those following her Instagram will be familiar with her fandom of the sport. Not only does it serve as an all-body workout and get her toned for the runway, Gigi says the reason she loves it so much is because “boxing makes me feel strong.”

Adriana is a supermodel and supermom who has walked for the Victoria’s Secret fashion show since 1999 and continues to do so as an ‘angel’ even after having 2 kids. That’s walking in front of millions of viewers in arguably the world’s sexiest lingerie after carrying two little human beings inside your stomach for 9 months at a time.

Her workout regime is no secret – she turns to boxing to get herself into shape, often training twice a day, 7 days a week. Her personal trainer, a former boxing champion, trains her like a fighter and says that the ‘secret’ to her body is basically just her insane work ethic in the gym. 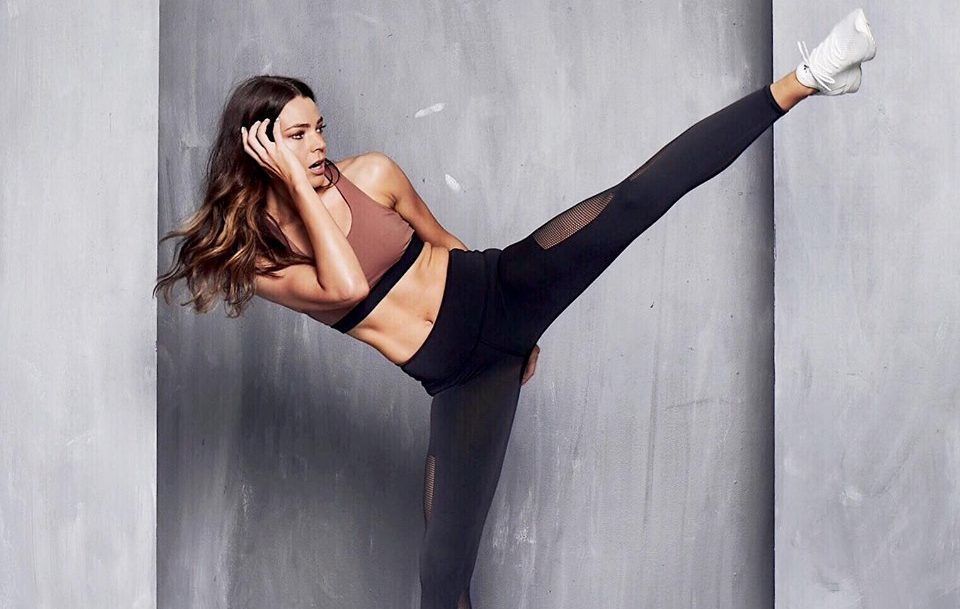 Muay Thai is a full-body workout that burns fat while building lean muscle. (Image via @higgsy7)

Perhaps not as well-known as the models above, Lilian is an Australian model and Muay Thai fighter. After graduating from university with a law and commerce degree, she secured a job as a corporate lawyer at a top law firm, but after 4 years of corporate life, she decided to pursue modeling and develop recipes to nurture well-being in our bodies. She also found solace in training Muay Thai.

Balancing her time outside of modeling for Lululemon and Women’s Health and Fitness magazine, Lilian trains Muay Thai consistently and competes professionally.

Lilian explains on her blog that, “modeling work requires a body in peak condition. Not only for aesthetic reasons but because the work is actually quite physical. Long hours spent on shoots contouring your body into pleasing shapes requires energy and stamina… I’ve tried an array of different exercise regimes to keep my body in shape. But I’ve found that Muay Thai gives the best results.”

These celebrities and models are great examples of how martial arts can help get you get into the best shape of your life. No matter if it is BJJ, boxing or Muay Thai, when you start training you will see physical changes, but there are also many other benefits that martial arts will give you. Interested in trying out martial arts for yourself? Sign up for a trial class today!