Make no mistake about it, self-defense is knowledge everyone should have. Men, women, and children should know how to protect themselves in any potentially volatile situation. After all, martial arts is about the celebration of life, and the ability to protect it.

Whether you opt for wrestling, Brazilian Jiu-Jitsu, Muay Thai, or boxing, martial arts is an invaluable life skill worth learning. However, today, we’re here to talk specifically about boxing and its applications in real-world self-defense situations.

Boxing, fondly known by fans as ‘the sweet science,’ is the art of pugilism. The name of the game is to hit without getting hit in return.

If you ever find yourself in a sketchy situation, and you need to protect yourself and those around you, boxing is a fantastic option, and we’re going to tell you why. We’ve come up with a few reasons to consider boxing as a primary martial art for self-defense.

The first thing that happens when a fight breaks out is people start letting their hands go.

Punches are thrown, and they either swing and miss or hit the mark. From there, a fight will either transition into a scuffle and head to the ground, or remain standing. In boxing, the objective is to keep the fight on the feet where you can use your skills to your advantage.

Boxing places great emphasis on explosiveness, speed, and power to debilitate or incapacitate opponents. With your opponent down, this gives you enough time to flee to safety.

Targeting various contact points such as the head, particularly the jaw, and the body, specifically the ribs, kidney, liver, and solar plexus, you can do some serious damage to an opponent with your boxing combinations.

The ability to use your fists in a stand-up fight is invaluable in terms of self-defense. Learn how to box and protect yourself. By learning the sweet science, you gain a technical advantage over the majority you’re in a fight with on the street.

In boxing, you learn how to deal with brawlers and those who like to swing for the fences. Best of all, you get comfortable handling these sorts of opponents, because you have a better understanding of how to trade punches.

Becoming technically proficient in a martial art like boxing ensures you have the advantage in any fight, at least in terms of striking. You will know how to slip and dodge punches, manipulate momentum and the shifting of weight, use footwork to create angles on both offense and defense, and execute sharp counters.

Boxing will empower you with the confidence in knowing you can handle yourself against an inept attacker who likes to come forward. 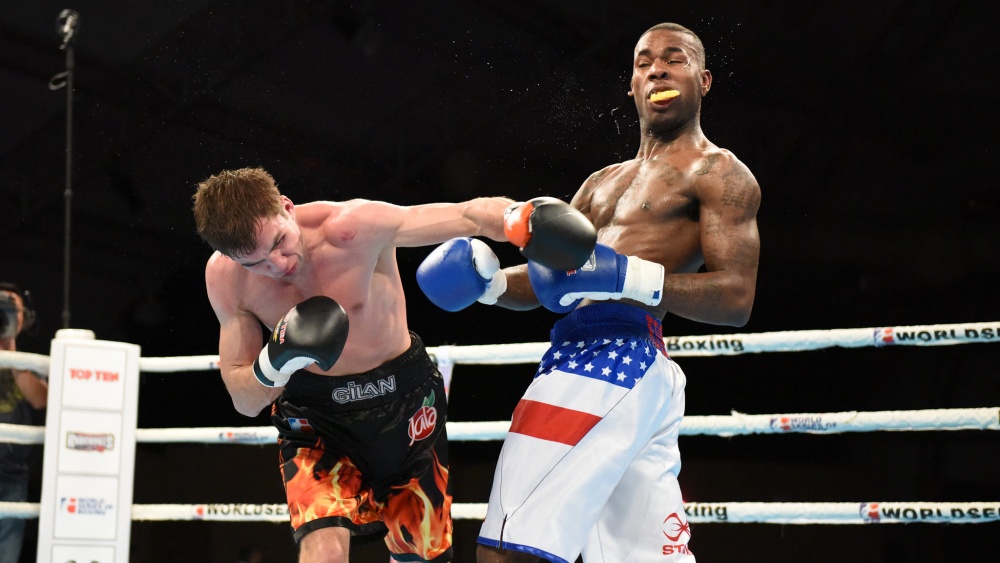 If executed with the correct technique, paired with the right timing, the impact of a single well-placed punch is all it takes to incapacitate any foe. It’s called the one-hitter-quitter, and can separate any opponent from their senses.

Boxing is essentially the science of punching. By studying boxing, you learn how to throw a proper textbook punch — the kind with incredible torque, packed with enough kinetic energy to discharge consciousness and turn the lights out on your attacker. You learn it by the book, then you put your own spin on it for maximum effect.

In terms of self-defense, this single knockout punch is one of the best weapons you can have in your offensive arsenal. It’s quick and effective. It just works.

Sure, wrestling and grappling are effective too, but a single knockout punch can end fights sooner. Not a lot of people can withstand the power and impact of a well-placed punch.

4) Fights start on the feet While taking matters to the ground is a viable option in street fights, the fact of the matter is, all fights start standing. That’s just the reality. As a boxer, on the feet is where you want to keep it, so you can enjoy your technical and tactical advantages.

With great boxing skills, you can keep any fight standing. You will become a master of distance and pace. You will force assailants to fight at your speed and conform to your style.

Boxing teaches you to be composed, even in high pressure and volatile situations — punches thrown from all directions, haymakers with bad intentions. You can learn to handle them all with calm and control.

If you can stay standing in order to flee or even fight, then you will always be in control of any fight situation.

5) You can take on more than one at once

What’s the biggest advantage boxing has over other martial arts when it comes to real-world self-defense situations? You gain the ability to handle more than one opponent at a given time.

Street fights are hardly fair. There are no rules, and you may find yourself in a situation where you face more than one assailant, of which you are obviously handicapped.

As boxing focuses on speed, power, technique, and accuracy, you gain the tools and the technical ability to take on more than one opponent at a given time. Through expert footwork, ring generalship, and superior fight tactics, you can maneuver multiple foes at once, put them right where you want them, and take them out one by one.

Two-on-one situations will never be in your favor, but with boxing skills, you have a better chance at defending yourself.