Boxing Strategy: How To Deal With Counter Punchers Great counter punchers are a rarity in boxing, and it’s extremely tricky to deal with them if you encounter them in the ring. They lay back patiently, baiting you in and forcing you to initiate the action. With the frequent use of feints, they set traps to create openings. And when you swing and miss, that’s when they strike back with something sharp and powerful, leaving you dazed.

Counter punchers love to frustrate their foes enough to force mistakes, and they know exactly how to take advantage of opportunities when they present themselves. As a fighter, it’s important to know how to deal with counter punchers, in case you are faced with this particular style.

There are certain techniques and strategies that are effective against these kinds of opponents. To ensure that you are well-equipped to deal with counter punchers in the ring, there are things you should take note of in training.

As always, consistent practice is necessary to develop good habits. Here are a few you should take with you into your next training session.

1) Keep Your Guard Up 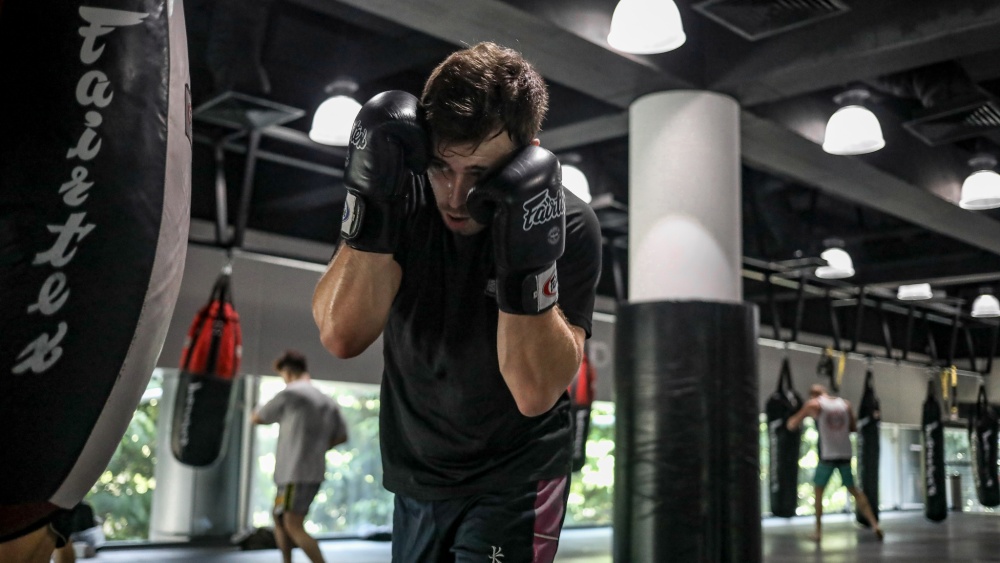 Keeping your glove guard up and in the ready position to block and parry shots is something that cannot be stressed enough. It’s extremely important to maintain a proper defensive stance at all times, and be ready to stick and move.

Counter punchers are very sharp and precise. They know exactly how to capitalize on even the slightest of openings, so you have to be just as sharp as they are. Sticking to your defense is crucial to your success.

In this sense, fundamental defense is key. This means bringing your hand back with a snap after throwing a hard punch. When you throw a left jab, make sure to coil your glove right back toward your face to block the right hook over the top. After throwing a right straight, you need to watch out for the left hook counter.

And these are only basic counters. The slickest opponents come up with creative counter combinations and techniques that do great damage. Having a sound and solid defense is a must, so always keep your guard up and protect yourself at all times.

2) Move And Attack From Angles

Angles are very important in boxing, especially against counter punchers. When you’re dealing with a counter puncher, you never want to move straight back or forward, because that’s when you get caught. To keep your defense dynamic, you should always look to enter and exit from angles.

Moving in angles on offense keeps your opponents on their toes because it becomes very difficult to make reads on where you are going to attack. This puts counter punchers specifically out of position. Their go-to counter combinations will have diminishing effectiveness.

At the same time, moving in angles on defense makes you just as much an elusive target as they are. By utilizing angles, you’re constantly off the x and y axis, making it hard for opponents, especially counter punchers, to predict your plane of movement.

Advanced footwork techniques like shuffling, stance shifting, and pivoting will help you create angles on both offense and defense. Constant movement is key against counter punchers.

At the same time, don’t forget your defense when exiting the range. Counter punchers love to attack at the end of your offensive set, as soon as you’re done unloading your combination. That’s when they come back with their own combinations to take advantage of your guard being down. So don’t let your guard down.

You should always remember to protect yourself at all times, but most especially when exiting a combination. You don’t want to give your opponents any opportunity to come back with their counters.

Counter punchers are often picky with their shots. They won’t just throw punches. They are very calculated and strategic with their offense. What you don’t want to do is to pull back on your punches and fight at their pace. Instead, you should look to increase punch volume and be constantly on the offensive.

It’s easy to fall back into a lull when faced with a counter puncher in the ring. But the absolute worst thing you can do against them is to stop punching. They will do their best to prevent you from launching your attacks, making you hesitant. But it’s imperative that you maintain pressure and force them to become overly defensive.

Of course, by increasing your punch volume, you also need to practice effective aggression, and that’s where the last point is very important.

Last but not least, learn how to cut off the ring. Superior ring generalship will nullify a slick opponent’s movement, and you’ll be able to trap them along the ropes or in corners.

That should be your primary goal against counter punchers. Because they’re so elusive and so adept at punching while moving backward, your aim should be to limit their movement. You can achieve this by using your footwork and ring generalship to cut the ring in half.

Anticipate where your opponent is going to move, and then use your lateral movement to cut off that section of the ring. Don’t forget to throw punches while moving. They serve as a deterrent for elusive movement.

Two of the most important punches while cutting off the ring are the jab and the straight. Use the jab to control distance, keeping your opponent at arm’s length, while constantly having him worried about getting hit. If he moves sharply to your power side, throw the straight to bring him back to the center.

How To Add The Shoulder Roll To Your Boxing Game