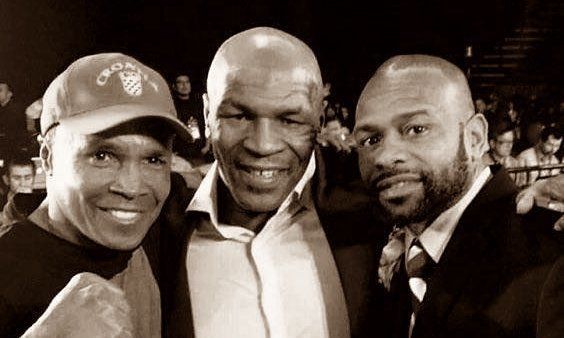 There is no doubt boxing is one of the coolest sports out there. There’s just something about it that produces unparalleled excitement.

From the moment fighters lace up their gloves, to the ring entrance and the national anthems sung right before a big fight, to that undeniably thrilling moment when two men touch gloves in respect for the final time before blasting each other with their best shots — boxing is an absolutely heart-racing spectacle.

There are very few sports that can generate the kind of atmosphere that a big boxing match can. People just love to get behind their heroes and cheer them on to victory.

Throughout the years, there have been many boxers who have shown us a few cool moves here and there. The greatest legends in the history of the sport have all had something unique to offer. When these fighters are on point, it’s very hard to look away. Today, Evolve Daily shares the 7 slickest boxing moves of all time.

Former heavyweight world boxing champion Jack Dempsey was an American professional boxer who enjoyed his fame from 1914 to 1927. He was a cultural icon due to his aggressive style and undeniable punching power. At the time, Dempsey also became one of the most popular boxers in the entire world.

Many of Dempsey’s fights set world records for attendance and revenue, including the first million-dollar gate, which at the time was absolutely massive. He is ranked in the top 10 list of all-time great heavyweights by Ring Magazine and considered one of the 50 greatest fighters in the last half-century.

Dempsey is best known for his signature move, the “Dempsey Roll” where he would utilize a defensive technique called the ‘bob and weave’ but emphasize it with punches. Dempsey would lower his head and shoulders, move side-to-side in a figure eight pattern before getting back up and blasting his opponents with a continuous flow of haymakers.

Boxing legend Floyd Patterson was heavyweight champion of the world from 1956 to 1962, and was at the time the youngest boxer in history to win the heavyweight title. He was eclipsed by Mike Tyson years later, who won his first title at age 20. But regardless, Patterson was one of the first to ever do it and to this day remains the youngest boxer in history to hold the undisputed title.

One of his most awesome techniques is called the “Gazelle Punch”, named aptly due to its resemblance to a gazelle landing a jumping strike to incapacitate its prey. Patterson would duck down, and in a very swift motion, leap up from a knee bent position to deliver an uppercut or hook (or a combination of the two) to score a knockout. The spring provides added power for a truly knockout blow.

It’s a really crazy move that isn’t seen much today. Patterson was credited in history for having developed this punch. In the above clip, Patterson uses it to score a knockout.

Perhaps the greatest defensive specialist in the history of the sport, Floyd “Money” Mayweather is next to impossible to hit. The way he positions his body in a narrow angle to limit the surface area of his critical points, to his uncanny ability to slip and evade oncoming punches, Mayweather is an absolute master of defense in every sense of the word.

He has won multiple world titles in as many as five weight divisions and is considered one of the best to ever do it. Mayweather is a cultural icon and has become the face of boxing in modern times. He is also the most financially successful boxer in the history of the sport.

One of Mayweather’s signature boxing moves just happens to also be one of the coolest. It is a defensive tactic called the “Shoulder Roll”.

Mayweather likes to employ a variation of the Philly Shell defensive stance, made popular by his father Floyd Sr. and uncle Roger. Mayweather himself has modified it even further, using his large left shoulder to parry his opponents’ attacks as he counters with his right hand.

He may not be the same fighter he once was at this point in time, evidenced by a tough loss to little known Australian prospect Jeff Horn in early July, but Filipino ring icon and boxing’s only eight-division world champion Manny “Pacman” Pacquiao is one of the greatest offensive fighters the sport has ever produced.

His lightning quick hands, coupled with amazing footwork and true warrior spirit, has catapulted him from being a young, scrawny light flyweight, to a knockout artist across weight divisions, reaching as high up as super welterweight to claim his victims. Pacquiao, with his unorthodox angles and blindingly fast punches, has terrorized opponents for over 20 years as a professional. Known as one of the most exciting fighters in history, Pacquiao is responsible for more than a handful of memorable bouts.

One of his favorite offensive techniques is the “Left Hand Straight”. It’s a classic Pacquiao punch which features his vicious left hand shooting straight down the pipe at blistering speeds. In fact, it’s so fast that one of Pacquiao’s greatest rivals in Mexico’s Juan Manuel Marquez likened Pacquiao’s left straight to “a bullet”. Check it out.

Former heavyweight champion “Iron” Mike Tyson may best be known today as that goofy guy in the Hangover movies, but for those who followed the sport in the 80’s and early 90’s, Tyson was once known as the “Baddest Man on the Planet”. Pretty much everyone in the world was afraid of him, and for good reason. Tyson possessed some of the most powerful hands boxing had ever seen.

Foes would crumple in fear the moment they stepped into the ring with him. Once the bell rang, Tyson would tee off and bombard his opponents with haymakers. Rarely was he ever opposed in the ring, but in those instances where opponents put up a fight, Tyson always had his defense to rely on.

Tyson’s “Peek a Boo Defense” is unique and one of the coolest techniques in boxing. Although it isn’t used in modern day boxing, it was very effective during Tyson’s time and was responsible for lending Tyson his aura of invincibility. Big thanks to the late Cus D’Amato who cultivated Tyson since his younger days into the boxing legend he ultimately became.

Perhaps the most naturally gifted and inherently talented fighter in the history of boxing, Roy Jones Jr., once recognized as pound-for-pound the best in the world, is a master of putting on a show. The Pensacola, Florida native is a former Olympic silver medalist and a six-time world champion across four weight divisions.

Much of Jones’s fighting style is laden with showmanship and flair. Jones would often walk to the ring during his fights with a mic in hand, dancing and rapping all the way to the apron before climbing up the steps and dazzling fans with his flashy moves. He was once so dominant that he would purposely leave himself wide open, giving opponents a false sense of security before delivering the knockout blow.

In this video clip, Jones is seen infamously putting both of his hands behind his back, while at the same time slipping two punches before unleashing a fight-ending right hook. Jones’ “Behind the Back KO” is a legendary moment in boxing history, one that will love on forever.

Former middleweight champion of the world Sergio “Maravilla” Martinez came to fame when he knocked out the highly-regarded Paul “The Punisher” Williams back in 2010. At the time, Martinez appeared unstoppable at 160 lbs with no clear challenger in sight. Even the great Floyd Mayweather Jr. found him too much of a risk to face in his heyday.

Perhaps it’s because of sequences like his infamous “No Look KO” that had his potential opponents worried. Martinez, then virtually unknown, announced his arrival on the big stage with an emphatic one-punch knockout over Williams that will forever go down as one of the most devastating knockout blows in the history of the sport.

Without even looking at his opponent, Martinez drilled a left straight right on Williams’ chin, and it was lights out before he even hit the ground. Williams was left unconscious for a couple of minutes, and a star was born.

So, what’s your favorite signature move?