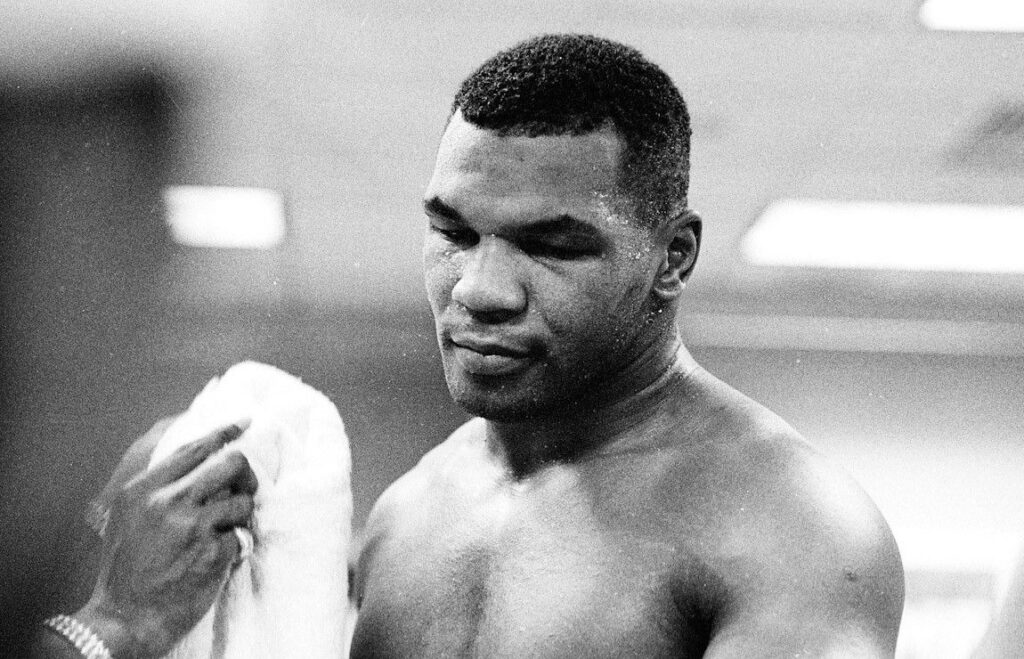 Former WBC, WBA, and IBF Boxing Heavyweight World Champion “Iron” Mike Tyson did not receive his moniker because he knew how to rack up points in the ring. His opponents can all attest to the iron-like power behind Tyson’s fists. There’s no doubt that being on the receiving end of Tyson’s punches would render anyone unconscious – and Tyson has the 44 KO victories to prove it.

To boxing analysts, Tyson was the perfect heavyweight. He had the strength, explosive power, speed, and viciousness in the ring that roused fear among those who had to face him. In fact, his trainer, Cus D’Amato claimed that it was difficult to find sparring partners for Tyson because of his punching power.

With the physique and mindset of a pitbull, Mike Tyson used these to his advantage in and out of the ring. At a mere 5’10”, which was short for a heavyweight, Tyson became the youngest ever heavyweight champion in boxing, intimidating his opponents with his knockout power. Today, Evolve Daily takes an in-depth look at the training routine of Mike Tyson:

At 4 AM, Mike Tyson would start each day with a 3 mile run. “No one wants to get up at 4 AM and run in the pitch dark, but it has to be done. The only reason why I do it so early is because I believe the other guy isn’t doing it and that gives me a little edge,” said Tyson. Most professional boxers and Muay Thai fighters often start their days off with a run, which allows them to kick start their metabolism. Most importantly, getting running out of the way at an earlier part of the day allows longer recovery time, which is especially important if you are going to continue training in the evening.

To prepare for a fight, Mike Tyson would train almost every day, averaging 55 hours a week and 9 hours a day. This would include a full day of sparring, riding the exercise bike, 2000 sit-ups, 500 press-ups, 500 shrugs with a 30kg barbell, and 10 minutes of neck exercises.

All boxers know the importance of neck strength. Tyson was known for using this neck exercise called the neck bridge drill, an exercise also used by wrestlers. Having a strong neck allows a boxer to take more punches as well as neutralize the impact of a punch.

To get Tyson to move his head more, Rooney would use the slip bag to help develop his ability to slip punches. As a smaller heavyweight, Tyson was often at a reach disadvantage against his opponents. Thus, his ability to slip punches was an essential technique that he had to work on. As the bag swung back and forth, Tyson would move his head side to side to avoid the bag hitting any part of his face or head.

Rooney emphasized movement for Tyson. He believed that moving side to side and the peek-a-boo guard that Tyson became famous for was a must for someone as stocky as Tyson. To work on evading counters, Rooney would make Tyson move 3 times after throwing a straight punch and twice after a hook. Doing so would make Tyson develop the habit of moving after throwing power punches.

Another technique Rooney used to work on Tyson’s movement is fight simulation. Rooney would throw straight punches and hooks at Tyson, while Tyson bobbed and weaved, moving forward at the same time. Rooney kept on working on this until Tyson’s movements became faster and more fluid. By applying this bob and weave style to his peek-a-boo guard, Tyson was certainly an extremely difficult target to hit.

With the help of his trainers, Tyson was able to improve his physical conditioning and technical abilities in the ring. They helped him develop the most lethal combination of tools a boxer could ever ask for, helping cement his place in boxing heavyweight history.