5 Feints To Add To Your Boxing Arsenal Feints are one of boxing’s forgotten techniques. They are amazing techniques that can coerce opponents into committing and making mistakes, both on offense and on defense. By equipping yourself with the knowledge and skill of feints, you greatly increase your quality as a boxer.

They are maneuvers that force reactions from your opponents, distracting them from what you have planned or misleading them into a false sense of security. By making them anticipate a certain action that may or may not occur, feints do very well in confusing opponents.

Some of the greatest boxing legends have used feints to their advantage, guys such as Juan Manuel Marquez, Roy Jones Jr., and Floyd “Money” Mayweather. These boxers used their feinting techniques to stifle their opponents and found success throughout their careers.

Feints require extreme concentration, and proper execution to become effective, however. Let’s dig deeper and discover certain kinds of feints and how to execute them.

The most advanced boxers in the world use feints to expertly throw their opponents off rhythm. It’s time that you learned how to use feints to your advantage.

Today, Evolve Daily shares five different kinds of feints you can add to your boxing arsenal.

It’s a fake punch, essentially. Whether thrown as a jab or as a straight, this type of feint is thrown only halfway. The objective is to fake throwing a punch to force your opponent to go on the defensive in a certain way.

For example, feinting a straight or a jab to the head will cause your opponent to bring their guard up. This opens up the midsection for your real punches, giving you a clear path to landing something solid. It’s misdirection at its finest.

The key here is to prevent yourself from overcommitting on this fake. It’s easy to oversell this feint, but that will leave you open to being countered yourself. Intelligent opponents will be able to pick up on it quickly and prepare their counter-attacks accordingly. This renders the feint ineffective.

Instead of faking a jab by throwing it halfway, the jab step involves the use of your lead foot to mislead opponents in which direction your attack will be coming from.

Perform the jab step when in range, so that it is convincing enough for opponents to give the desired reaction. Slightly jerk your body forward, emphasizing shoulder movement as if you were going to throw a punch, in one fluid motion.

Your opponents’ natural reaction should be to take a step back to avoid being punched. As soon as they do, that’s when you dart in and unleash your real punch.

Not many fighters have the technical ability to pull this off correctly, so constant practice definitely plays a huge factor in getting this move right.

Similar to slipping punches to the left and to the right, the side dip feint uses the same motion to mislead opponents into thinking that you are going to move in a particular direction.

This feint has two variations, one being a light side dip, the other being a very hard side dip. Both variations have different effects and produce different results.

By performing the light side dip, offering your opponent just a hint of your movement, they will most likely be looking to time you coming in. This opens up their defense if you can sell the feint enough for them to commit.

On the other hand, the hard side dip will cause a much more animated reaction from opponents, either forcing them to cover up or move away. While this is not followed up by a punch, it can keep your opponents confused as to when a real punch will actually come.

Normally, sitting down on your punches signifies that you are ready to throw a punch with a lot of power. But it can also be used as a feint, to trick opponents into thinking as such.

Slightly bend the knees, incorporating a subtle movement of your hands as if a punch is going to be thrown. It doesn’t take much for opponents to fall for this feint, and it is one of the most effective techniques used by many great boxers.

Don’t bend too low, however, as it is an unnatural movement and will take you extra time to get back into position. The key is being able to execute this feint, force a reaction from your opponent, and then quickly get back into a defensive position. 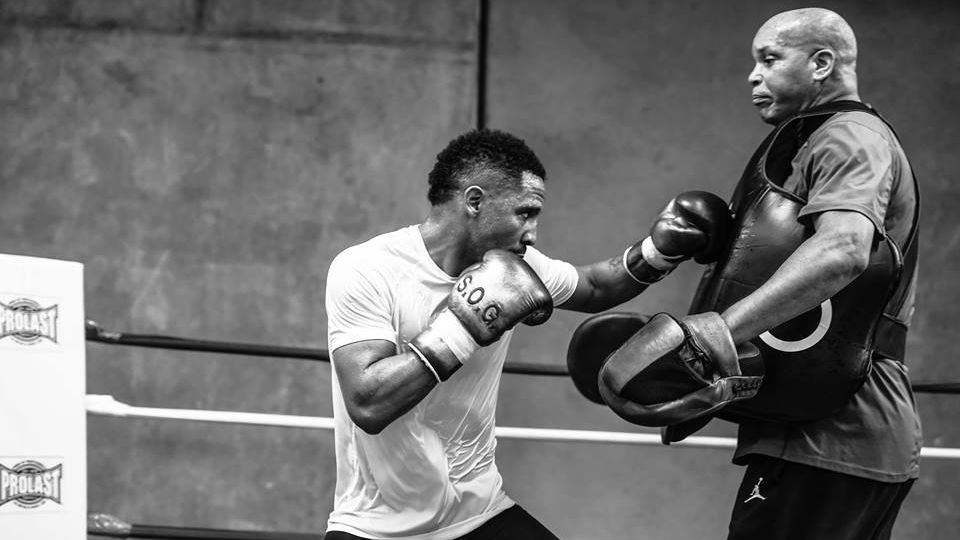 Last but not the least, learn how to throw a misdirection jab.

Traditionally, jabs are thrown at either an opponent’s head or body. Those are the two natural landing points for jabs. But advanced fighters have discovered ways to use their jabs in a variety of different manners. One of those is by using it as a feint to draw attention away from where you want to land a clean punch.

The difference with this feint is that you can actually fully extend this punch. Target various areas, such as the side of your opponent’s head, or over the top. His natural reaction would be to follow the jab with his line of sight, which distracts him from defending on the weak side.

Once you’ve established a reactive pattern from your opponent, you can then begin to time him with a follow-up cross.