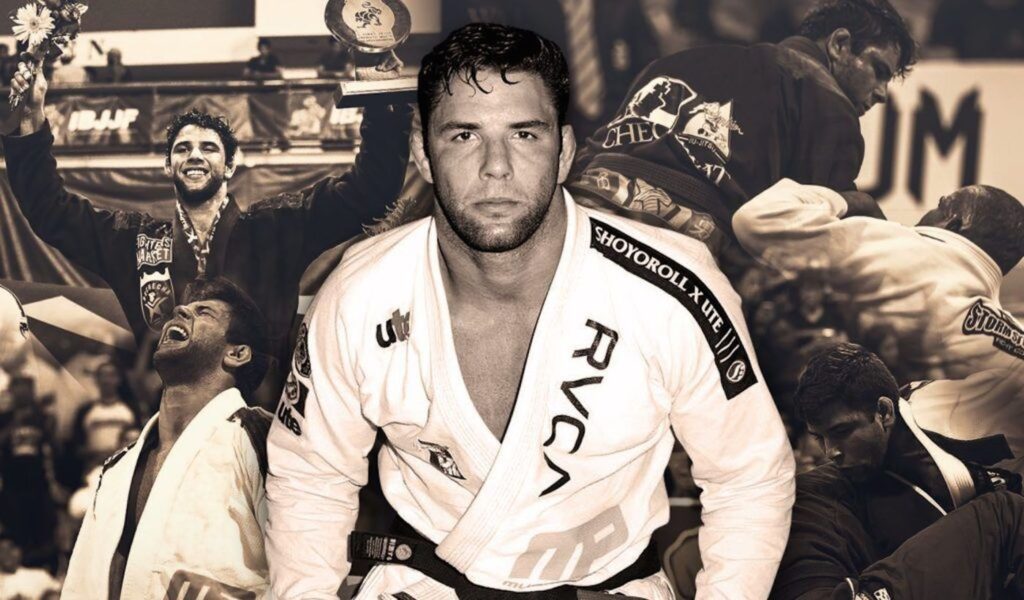 There are few names in the modern Brazilian Jiu-Jitsu (BJJ) community that command the same magnitude of respect as Marcus “Buchecha” Almeida. Often identified solely by his moniker “Buchecha”, Marcus Almeida has built an outstandingly impressive career in the sports of Brazilian Jiu-Jitsu and no-gi submission grappling by implementing a grappling style that combines perfect technique, peak conditioning, and a burning desire to win. While the entirety of his competition accomplishment is too numerous to list here, some of the most notable titles include ADCC Champion, multiple-time BJJ World Champion, and multiple-time no-gi BJJ World Champion.

Fortunately for those who are looking to learn from the best grapplers on the planet, Buchecha will be putting on a two-day seminar at Evolve Far East Square in Singapore on June 22nd and 23rd. At this seminar, Buchecha will be teaching some of his favorite techniques, the same ones he used to achieve his almost unbelievable list of accomplishments. The Marcus “Buchecha” Almeida BJJ seminar will be SOLD OUT due to limited available slots, so make sure to CLICK HERE in order to get yours, now!

One of the more interesting aspects of Marcus “Buchecha” Almeida’s grappling style is that it is not what one would expect to see from such a large BJJ practitioner. Weighing in at around 220 pounds, Buchecha typically competes in the higher weight classes, yet one would be surprised to see the way he grapples after hearing his typical weight division. While most BJJ practitioners are familiar with their larger training partners implementing substantial amounts of strength and power in order to obtain dominant position and crush them, Buchecha’s style has never seemed to rely on his size and strength. Instead, he has always implemented a technique-based style, which is made even more dangerous by his phenomenal strength and conditioning. Throughout his career, we have seen him use techniques more commonly associated with “smaller” grapplers who have been forced to develop techniques that circumvent their larger training partner’s strength advantages. It is clear that Buchecha has always understood the essence of BJJ, the need to perfect the technique and not exploit physical attributes, and sought to build his style of grappling with this in mind. The end result is an incredibly skillful grappler who will certainly be remembered as one of the best to ever compete in the sport.

While we previously touched on the extensive competition record that Mr. Almeida has attained, it is not just the tournaments that Buchecha has won that makes him so formidable, but also who he has beaten in order to win those titles. It is no surprise that in order to win such accomplishments Buchecha had to best some notable competitors, but when one starts to go through the names of his opponents it becomes quite apparent just how good he is. In the path to his numerous title victories, Buchecha has obtained victories over such prestigious competitors as Gilbert Burns, Rodolfo Vieira, Leandro Lo, and Murilo Santana. Furthermore, Mr. Almeida has achieved the outstanding result of submitting Kron Gracie, Antonio Braga Neto, and Bernardo Faria.

Although such an in impressive competition resume usually makes it difficult to point to one specific match in which a BJJ practitioner breached the ceiling of normality and excelled into the realm of being considered an elite competitor, we are able to do so for Buchecha. While it was by no means his first notable competition performance, it was undoubtedly his match with the esteemed Roger Gracie at Metamoris back in 2012 that propelled Buchecha into BJJ stardom. At the time Buchecha was known as the up-and-coming sport BJJ prodigy, and many had serious doubts about whether he would be able to compete with the legendary Roger Gracie, who had won numerous world titles with relative ease. The match was both exciting and illuminating, as we saw that Buchecha was absolutely deserving of the prestige that was being attributed to him as he went toe-to-toe with one of the greatest BJJ practitioners who has ever lived. Although the match ultimately ended in a draw, Buchecha clearly gained more from the bout as the Brazilian Jiu-Jitsu community realized that he was something special, putting him on his way to being considered one of the best grapplers of all time.

When looking at the scope of Marcus “Buchecha” Almeida’s career, and the level of competition that he has faced and beaten, it is difficult to name another BJJ practitioner who is more esteemed than him. In order to maximize our BJJ skills, it is crucial to learn from the best competitors available. Fortunately, Evolve MMA is providing us such an opportunity by hosting Buchecha for his two-day seminar on June 22nd and 23rd in Singapore. At this seminar, Buchecha will be teaching the same techniques he used to win all of the competition titles submission victories over prestigious names that we discussed previously. If you are passionate about BJJ, and truly want to become the best practitioner you can be, it is imperative that you take the time to learn from those who have dedicated their lives to the sport, and have the accolades to prove it. It is nearly impossible to find someone who fits this description better than Buchecha, so make sure you reserve your spot at his seminar today!

Investment: SGD$250 for EVOLVE members and SGD$300 for the public.

Here’s what you will get once you sign up for the Marcus “Buchecha” Almeida Brazilian Jiu-Jitsu seminar :

This seminar is guaranteed to be SOLD OUT due to limited available slots. Grab your spot NOW!

SIGN UP FOR THE MARCUS “BUCHECHA” ALMEIDA BJJ SEMINAR NOW!