They say the most powerful force in existence is the human soul on fire, and that a life without passion is not a life worth living.

For Singaporean Noah Lim, life wasn’t always so bright and colorful. There was a moment growing up when, like most of us, Noah just went through the motions. He was directionless and often unmotivated. But when he discovered the ‘gentle art’ of Brazilian Jiu-Jitsu (BJJ), that’s when everything changed. 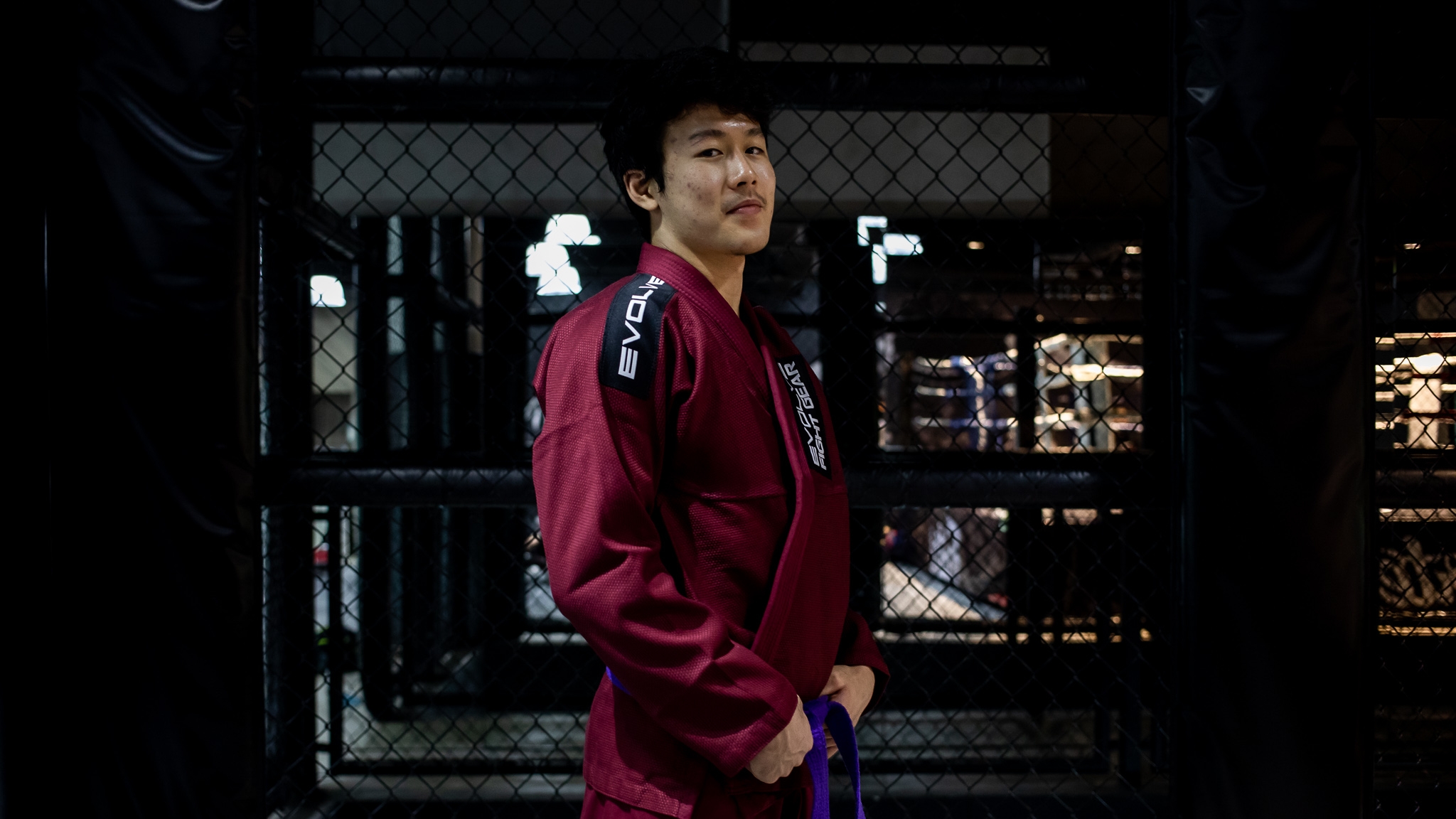 Noah finally found something he was immensely passionate about, and from that point on, he embarked on a path that would lead him to greatness — becoming one of the top stars of BJJ in Singapore.

Although Noah was quite an athletic child growing up, initially being a competitive swimmer, he never really fully committed to the sport. His heart just wasn’t into it. When he and his older brother Paul decided Brazilian Jiu-Jitsu was something they wanted to experience together, the two became instantly hooked to training.

“About five years ago, I competed a lot in swimming. But I felt like I didn’t really like swimming. It was such a burden to train. Every day, my mom would force me to train, and I would hate it. We would argue,” Noah said.

“I wondered how I was so lazy before martial arts, to suddenly become so hardworking. I used to hate training. I wouldn’t even train swimming at all if I could. But I would train martial arts twice a day, every single day, because I’m so obsessed with it.”

Martial arts training, particularly BJJ, has profound effects on an individual’s physical and mental health. From strengthening the body and mind, to improving focus, there are a host of benefits to be gained from the consistent practice of the discipline.

Noah embraced BJJ and everything it had to offer, and it changed his life forever. It transformed Noah from being a ‘normal’ kid growing up in Singapore into an elite athlete.

“It made me so much more focused. Whereas before that, I would do less work, even though I had more time. Every day, I look forward to coming to train, because it’s very fun for me,” Noah said.

Noah’s passion eventually materialized into an amateur competitive career. In the 2019 SEA Games in the Philippines, Noah competed among Asia’s best martial artists.

It takes a special kind of athlete to excel on the world stage. The SEA Games allowed Noah to discover what he was capable of, and because of this experience, Noah gained invaluable confidence in his abilities.

More importantly, his passion for training and competition manifested itself in the form of Singapore’s first-ever SEA Games gold medal in BJJ — one of four BJJ medals brought home by Evolve MMA students.

“Winning the SEA Games was a huge honor. But then, I told myself that, even if I lost or won, I would still love myself the same way. Martial arts really gave me a direction in life, and a new passion.”

Shortly after the SEA Games, Noah’s coach bot at Evolve MMA and on the Singapore National Team, BJJ World Champion Teco Shinzato, promoted him to purple belt. It was a proud moment for Noah, one that he says he won’t forget. Shinzato is all praises for his prized student, who he believes can achieve so much more and is just barely scratching the surface of what’s possible.

“I am so proud of Noah for what he’s accomplished. He’s an incredible young man with a bright future ahead. I don’t think there is a limit to what he can do because he just works so hard and is so passionate,” Shinzato said.

“It has been a pleasure to witness his progression. He started out with so much enthusiasm, and it hasn’t stopped. Brazilian Jiu-Jitsu really changed his life and gave him a clear purpose. His constant thirst for self-improvement and desire to bring honor to Singapore in international competition is what drives him, and I’ll do everything that I can to guide him in his career.”

BJJ is a martial art for everyone, no matter the age, race, or gender. It’s a discipline that will unlock physical and mental capabilities you never knew you had. Book a trial class today and discover the life-changing benefits of martial arts training!