As much as we hate to admit it, we’ve all made excuses before, and some of us still continue to do so every now and then. Whether it’s to get out of things we don’t feel like doing, trying something new, or simply because we refuse to step out of our comfort zone. We choose to take the easy way out, by making excuses.

While some excuses might appear harmless, the truth is that every excuse you make takes you further away from reaching your full potential. What’s more, you’ll end up missing opportunities that you might never get back, as well as fail to build up talents and skills that could contribute to your growth and progress.

Are you ready to break this bad habit of making excuses and achieve greatness? If that’s the case, then Evolve Daily is here to help! Read on to discover 6 Ways To Stop Making Excuses Forever:

1) Stop Harping On Past Failures Yes, we know it’s difficult to not dwell on your past failures, especially when they affect you so much. But here’s the thing, beating yourself up and focusing on the past is only going to make you feel worse. What’s more, you might even end up making excuses in an attempt to justify your failures – rather than figure out what went wrong and try to fix it.

When you learn to be present and focus on what’s happening in a given moment, you’ll be able to take action. As a result, you’ll stop making excuses and focus on learning from your past mistakes.

2) Take Responsibility For Your Mistakes 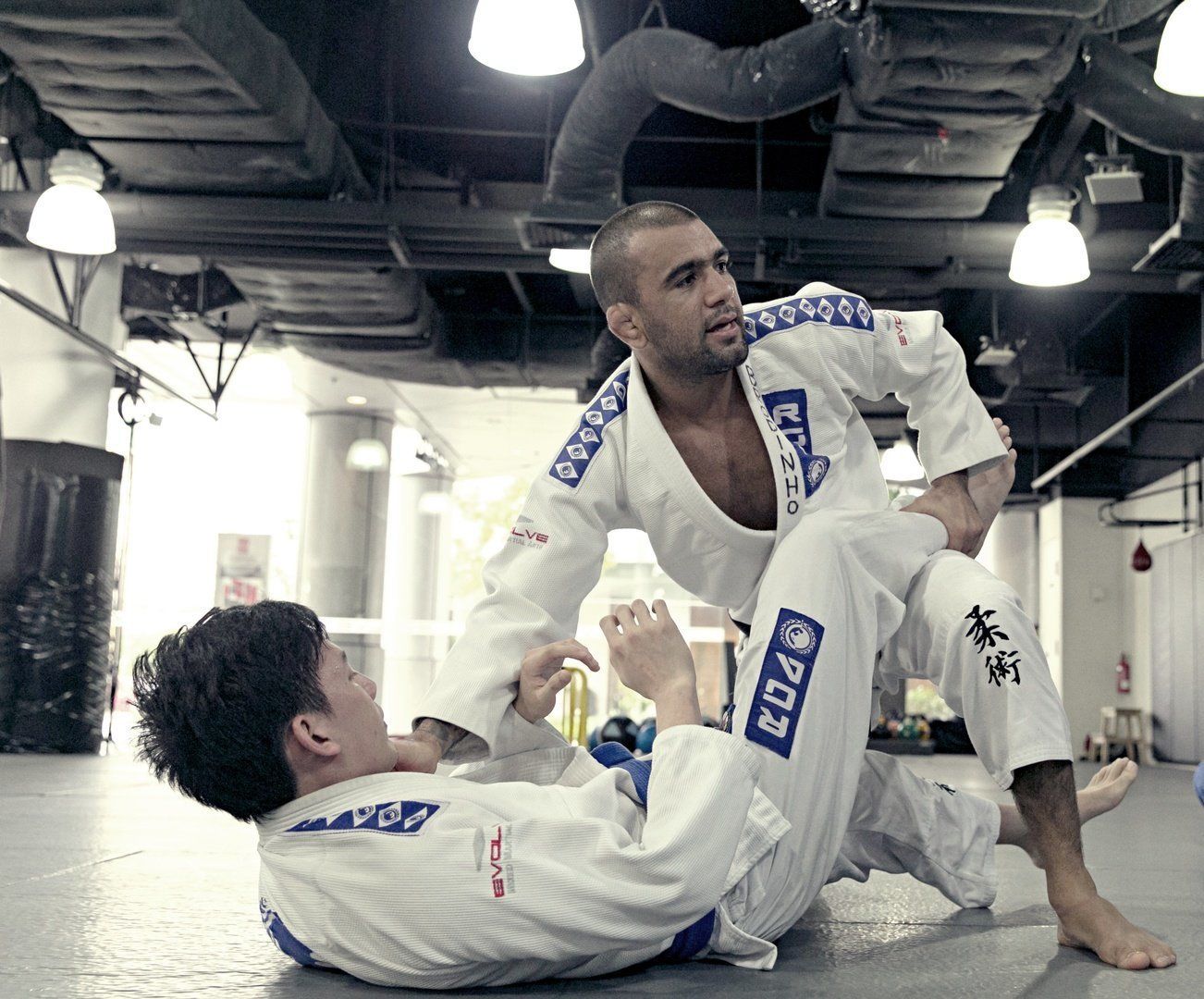 BJJ World Champion and ONE Superstar Leandro “Brodinho” Issa has been practicing BJJ for over 15 years.

If you fail to take responsibility for your shortcomings and mistakes, you’ll end up making excuses about not having “good luck” or worse, blaming other people or things so as to avoid taking ownership of your mistakes. To be honest, this is a very unhealthy way to live. If you think about it, there are ultimately some things you have control over – in this case, owning your mistakes – so why not take charge of what you can have control over rather than blaming things that aren’t within your control?

When you learn to take responsibility for your failures, you’ll be able to focus on not repeating those mistakes, and more importantly, learn from them. Also, you’ll feel more empowered to take charge of your life once you understand that you have control over certain things.

3) Learn To Pick Yourself Up After Falling Down 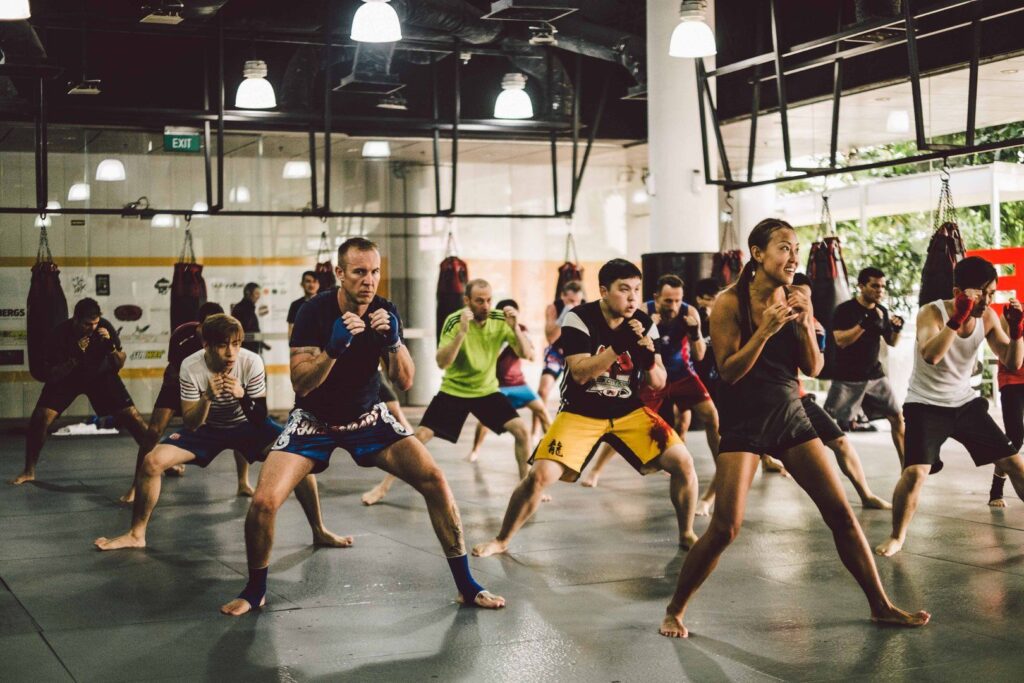 Shadowboxing is an important aspect of training.

After taking responsibility for your mistakes, the next step is to pick yourself up and move on – with the decision to learn from the experience and ultimately grow. Once you do that, you’ll be able to learn a lot more about not just yourself, but life. With this knowledge, you can then take action to move in the right direction, rather than continue to make excuses simply because you’re afraid to get up and try again.

4) Focus On Your Strengths And Build On Them 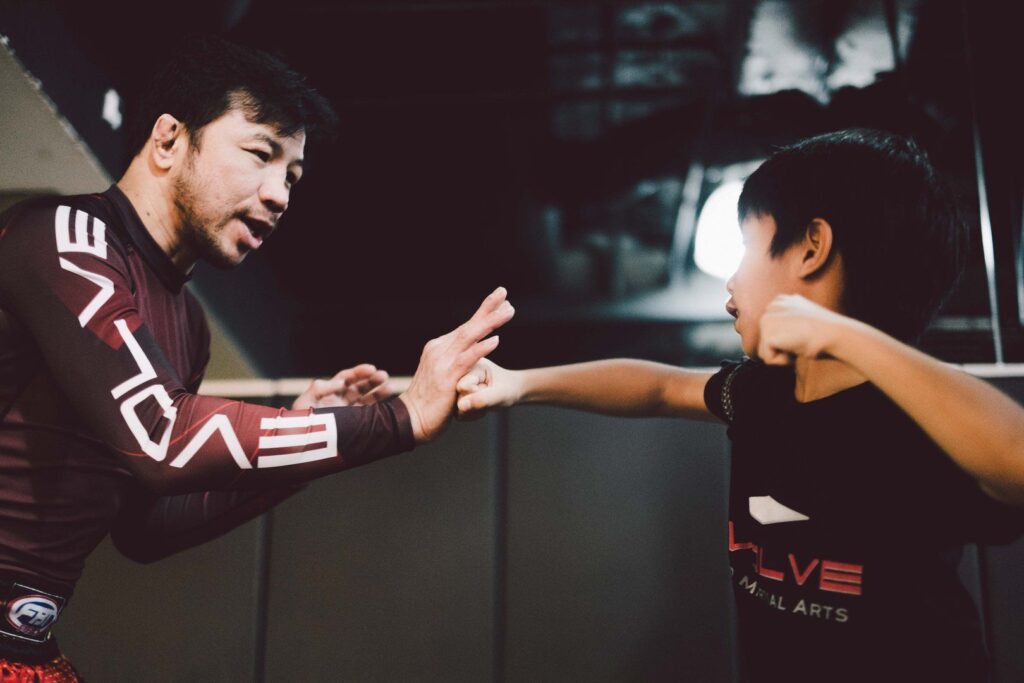 What we don’t realize about excuses is that they make us more negative, because they cause us to focus on our shortcomings and/or how inadequate we are. Hence, we end up feeling defeated and disheartened. To turn this around, it helps to focus on your strengths – and remember all that you’re capable of so that you can build them up and use them to get the most out of every situation.

5) Identify Your Weaknesses And Work On Them 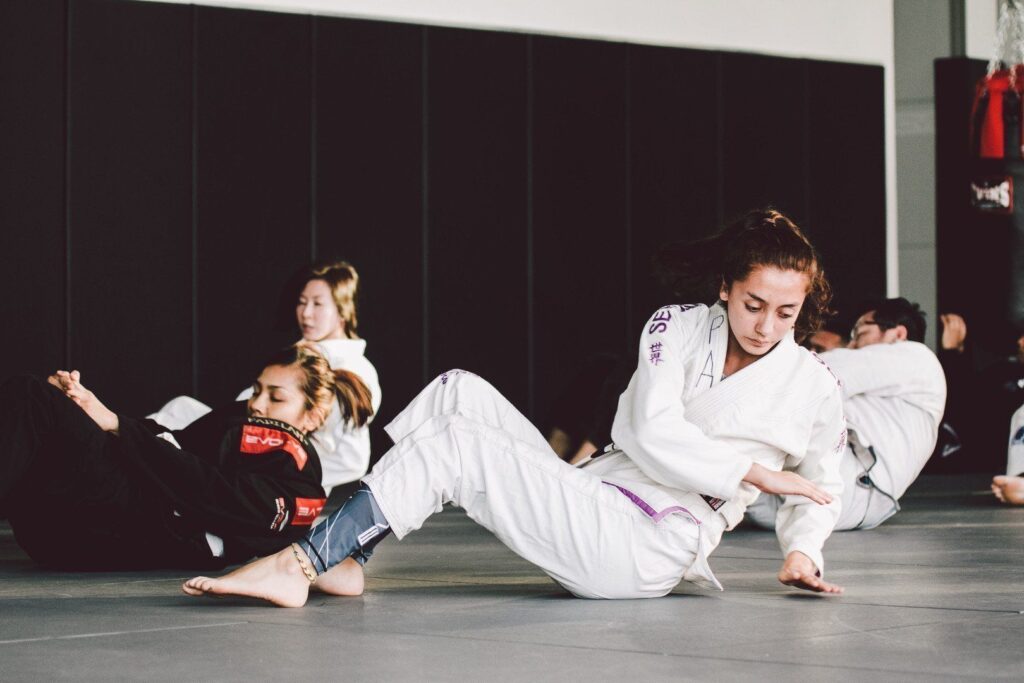 It is important to warm up properly before your BJJ class.

While it’s important to focus and build on your strengths, you also need to be honest with yourself about your weaknesses (instead of covering up with excuses!) – so that you can work on turning them into strengths. By accepting your flaws, you’ll learn to embrace imperfection, and understand that it’s okay to not be perfect. After all, you’re a unique individual on your own special journey.

6) Stop Comparing Yourself To Others As we mentioned in #5, you’re a unique individual and so is your journey. That’s why it’s unhealthy to compare yourself to others and make excuses of “not being good enough” simply because you feel like you don’t measure up to someone else’s achievements. Remember, the only person you should compare yourself to is you! By doing so, you’ll focus on being your best self and of course, you’ll eventually get there.

It might not be easy to overcome the excuses, especially if it has gotten to the point of becoming a bad habit. But here’s the thing, bad habits can be broken! So be patient, stay optimistic, and most importantly, press on – even when it feels like you’re going nowhere. Before you know it, you’ll be punching all your excuses in the face and evolving into the best version of yourself. Go on, you got this!