The 3 Submissions Every MMA Fighter Needs To Know 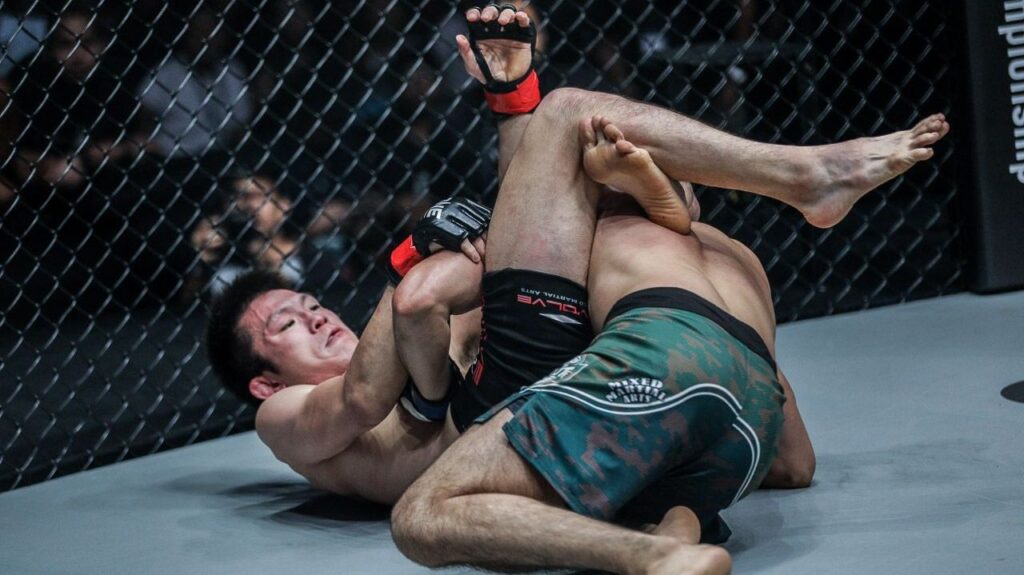 While there are a numerous submissions available to a fighter in an MMA fight, that does not necessarily mean that every submission opportunity should be pursued. It is ill-advised to sacrifice a dominant position in pursuit of every and any submission. Instead, it would be a good idea to focus your training on the highest percentage submission holds for MMA, and pursue them in your bouts. As the submissions that are best for MMA differ from the ones that are best for pure BJJ competition. We have put together a list of what we believe to be the best submissions to look for when competing in mixed martial arts.

In the past 10 years, the D’Arce Choke has evolved from being viewed as a flashy, ineffective technique to a basic staple in a submission grappler’s arsenal. While the choke existed outside of Brazilian Jiu-Jitsu in other martial arts like Catch Wrestling and Luta Livre under different names, it wasn’t until a Jiu-Jitsu practitioner named Joe D’Arce started making effective use of it in competition that the strangle caught mainstream appeal.

The D’Arce Choke is a head and arm choke, which means that one of the victim’s carotid arteries is closed off by his own arm and shoulder, while the other is closed off by the attacker’s body. While it may seem overly complicated at first, the D’Arce Choke is mechanically the same as an Arm Triangle or Triangle Choke. While in a Triangle Choke the attacker uses their legs to push the victim’s shoulder into the artery, in a D’Arce the attacker’s arm will accomplish this mechanic.

A D’Arce Choke is best initiated when the defender attempts to establish an underhook, usually from bottom half guard or bottom side control. The attacker can then overhook the arm and punch his hand to the back side of the victim’s neck, using the free arm to lock up the choke. The wrist bone of the overhooking arm will seal off one artery, while the other is closed by the pressure exerted on the shoulder, pushing it into the neck.

What makes the D’Arce so successful in MMA is that it is incredibly effective at countering the opponent’s underhook. Underhooks are very prominent in MMA, as they allow a fighter trapped on the bottom the necessary space to free his hips and stand up. Make sure you drill this technique frequently so that you can catch your opponent in his hasty attempts to return to their feet!

It is often stated that the Rear Naked Choke is the most important submission hold in all of Brazilian Jiu-Jitsu, and therefore in all of the martial arts. While there are plenty of other joint locks and strangleholds that can force an opponent to submit, what makes the Rear Naked Choke so powerful is the inherent nature of the position. In order to apply the RNC, the attacker will have to be behind his opponent, usually by taking his opponent’s back. This is what makes this submission so powerful.

As positional dominance is paramount in MMA, the ability to apply an effective submission hold without having to sacrifice the ever important positional dominance is the best situation a fighter can find themselves in. By working towards finishing the fight through a Rear Naked Choke, a fighter can rest assured knowing that his attacks are coming from a position of sustained power and control without the risk of being reversed.

While the submissions we discussed previously both come from a dominant top position, the last one on our list, the Triangle Choke, is usually applied when a fighter is on his back. While the Triangle can be initiated from top positions, like side control or mount, the majority of the times it is implemented is from a fighter’s guard.

The Triangle functions like any other head and arm strangle, by closing off the victim’s arteries by compressing his own shoulder into their neck. While the RNC and D’Arce use the arms to accomplish this mechanic, the Triangle uses the legs. The legs are much more powerful than the arms, capable of exerting much stronger force over a longer period of time. As MMA matches can be quite grueling and fatiguing, the ability to use strong muscles like the hamstrings and quadriceps against comparatively weak muscles such as the shoulder and the neck provides for a significant advantage.

While these are just a few of the submission options available in an MMA bout, they are some of the most effective holds with the highest percentage of finishing. It is a good idea to only pursue the highest percentage, most successful techniques when you are in the cage, so make sure you take the time to practice these three submissions frequently!