Ground and pound might seem like an easy part of mixed martial arts, but it is tough to pull off effectively.

Because you’re on top of your opponent, raining fists and elbows down on your opponent until the referee jumps in to save them should be easy, right? Wrong.

If that was the case, every wrestler in the world would have a straightforward path to victory.

For as long as you’re in a dominant position, your opponent will be doing everything they can to escape, control you, submit you, or hit you back.

What’s more, you can’t generate the same power in your punches as you can on your feet because you usually don’t have the space to rotate your hips.

Luckily, there are many ways to attack your rival with ground and pound and deal some major damage.

Ground And Pound From Standing 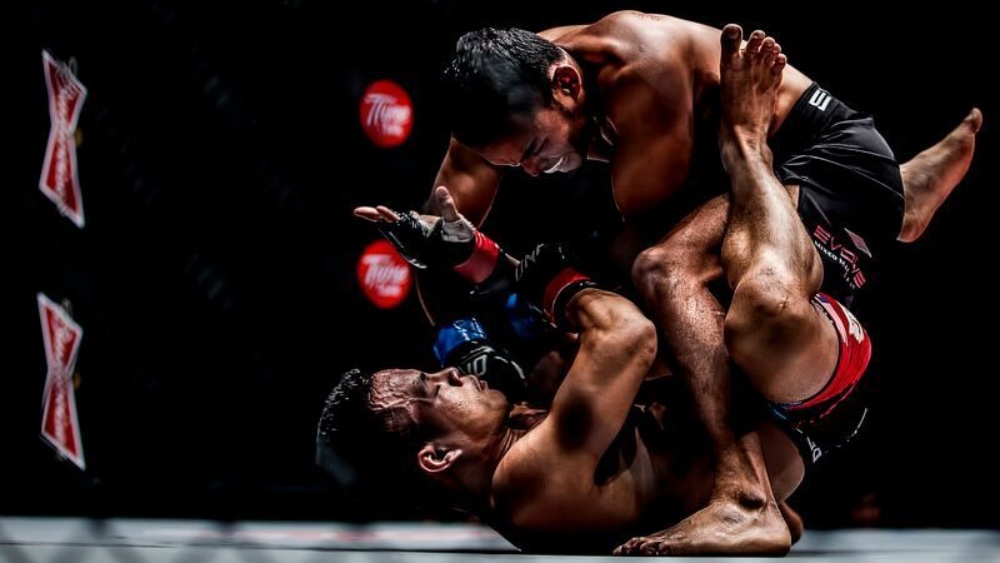 Throwing punches from a standing position might be the most destructive variety of ground and pound.

Though you don’t have the option of throwing elbows because you’re so far away from your opponent, you can generate some serious power with your hands.

The unique aspect of ground and pound from this position is that your opponent poses a serious threat with up-kicks.

However, if you defend against those, you could be in a great place to finish or set up a flurry that will earn you a TKO

As previously mentioned, you are not totally safe during this kind of attack, so keep the following in mind.

From this point on, the defending fighter’s best offense is to kick upward, and that could end in a KO. The best way to avoid this throughout this attack is to lean back while you keep your hips forward.

Also, watch out for them grabbing your foot to set up a leg sweep. If you feel a hand on your heel or ankle, immediately clear your foot and go back to punching.

As long as you stay safe, you have several options once you have landed that first punch.

Ground And Pound From Guard 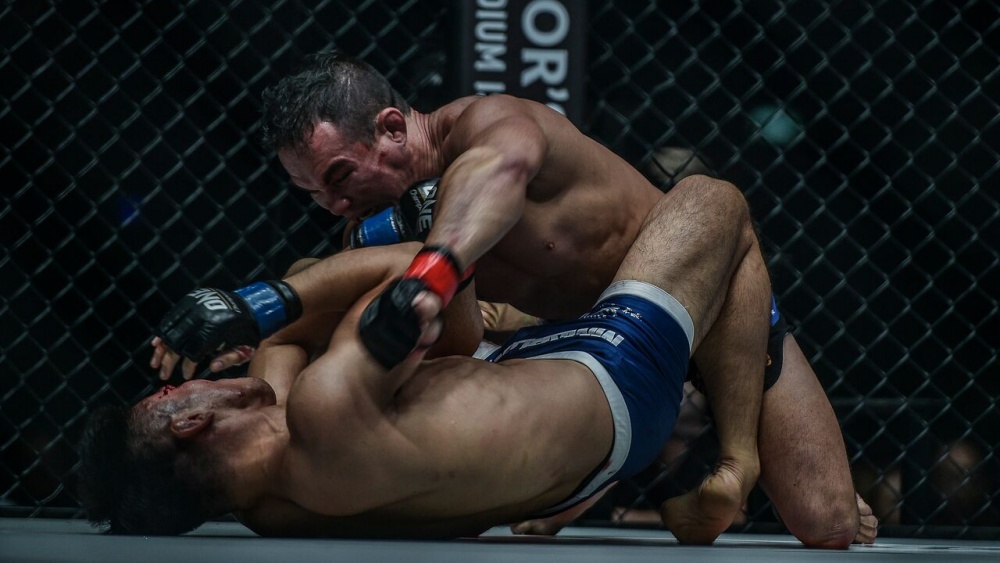 This might be the most common position that a fighter will be able to strike from on the ground – on your knees, between your opposition’s legs.

In one aspect, it’s a risky situation. If you’re not careful, an opponent with an active guard can threaten you with submissions, sweeps, and even strikes from the bottom.

However, it can still be a great place to land offense, and even work toward a finish.

Just like before, it’s important to make sure you’re safe while you try to land significant strikes.

This approach is based on the idea that you’re not really in a position to land fight-finishing shots because of your lack of hip rotation.

If you can get enough power, that’s great, but it’s more likely that these strikes will accumulate damage.

It’s only natural that an opponent will eventually stop your offense in some way. If they grab your wrist, you can roll it over to land elbows. The motion is almost like an overhand punch in a downward arcing motion.

If you’re locked down, you’ll have to break free before you can mount any more effective attacks. Former UFC champion Tyron Woodley demonstrates here.

There are also a few things to avoid with ground and pound from the guard.

Note: for the next two positions, instructions are based on you moving clockwise around your opponent, onto their right side.

Ground And Pound From Half Guard 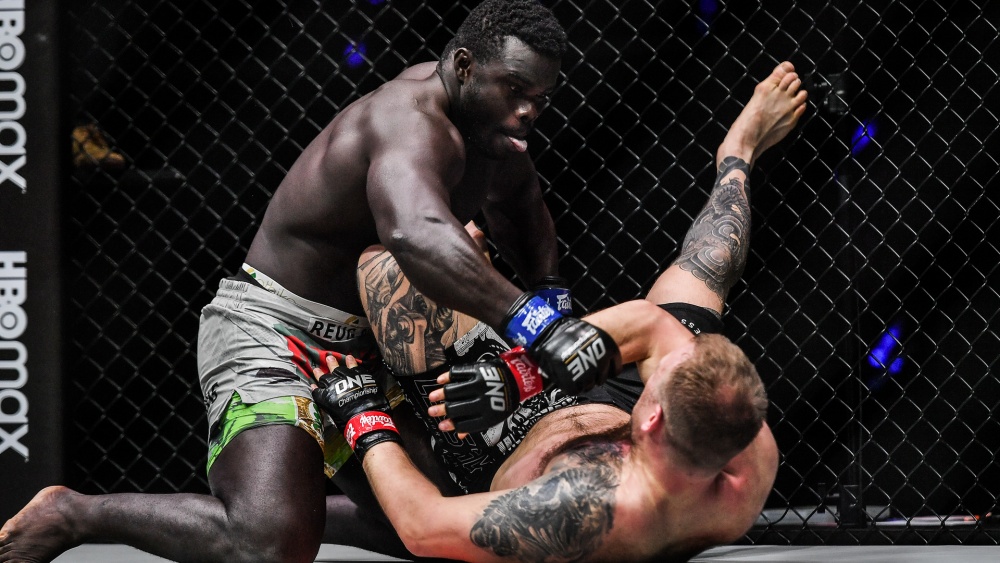 It can be difficult to land good ground and pound from half guard, but it is possible. In fact, this has become a favorite position for many MMA pros to stay in and strike.

Just like before, the key is creating enough space to strike, while keeping enough control so your opponent cannot escape or attack effectively.

Of course, there will be scenarios where your opponent frames up on you to create distance and make sure you can’t stay tight to them. In this scenario, they will post on their right arm and create a barrier with their left forearm.

However, if you act fast, you can put them in trouble without too much effort.

Ground And Pound From Side Control 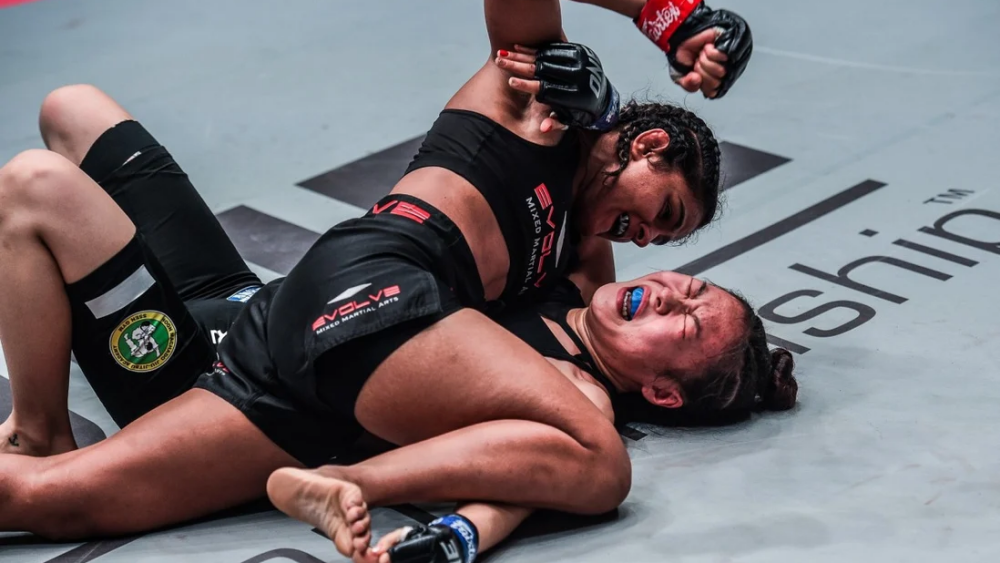 Once again, you’ll have to create room to maneuver and generate force with your striking arms.

But, first, before you even think about striking from this position, make sure you keep it. You’ve probably worked hard to side mount, so don’t allow your opponent to escape by rushing to attack and giving your opponent a chance to recover position.

Get tight to them and secure an underhook with your right arm as quickly as possible. Wait for them to expend energy as they explosively try to escape, and then get to work.

The fighter on the bottom will try to block any strikes from your left arm by using their right hand to control the bicep.

To solve this problem, a great option is the crucifix. This is a dominant position made famous by UFC champions Matt Hughes, Jon Jones, and Khabib Nurmagomedov as they rained huge damage down on their challengers.

The crucifix is not the easiest position to achieve because any fighter with a decent defense on the ground will know to do everything in their power to avoid it.

If so, you can trap an arm instead and score with significant offense with knees to the body.

Ground And Pound From Mount

You might think that it’s game over if you pass to the mount position, but like side control, your opponent is going to explode with every ounce of energy they have to try and escape.

Once again, you’ll have to consolidate your position first, and then you’ll be in a spot that could lead to a very quick finish.