These Are The Most Effective Submissions From Side-Control 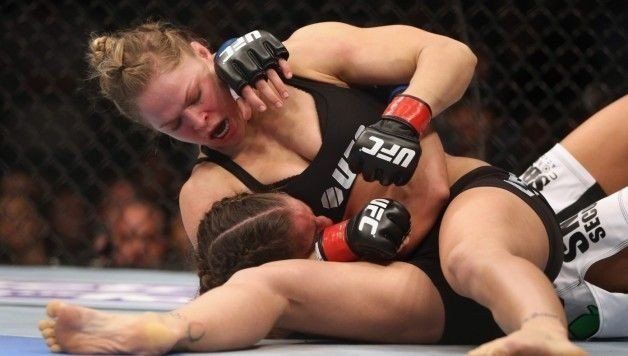 One of the first positions you’ll learn when you start Brazilian Jiu-Jitsu (BJJ) is side-control. Side-control is one of the most dominant positions in BJJ. It lets you easily transition to mount, back control or knee on belly, and is also an effective, stable hold that allows you to attack.

To properly assume side-control, you must be perpendicular to your opponent as he lies on his back. With your chest on top of his chest, continuously increase pressure and stabilize your position with head and arm control. If necessary, you can also switch to kesa gatame (scarf hold).

Unfortunately, if you are faced with a bigger, stronger opponent, chances are, it will be very difficult to submit him from side-control. Thus, in order to successfully do so, you’ll need to catch him off-guard with a sneaky submission or link your submissions together.

Curious to see which submissions work the best in this position? Today, Evolve Daily shares The Most Effective Submissions From Side-Control:

In this video, 2x BJJ World Champion Teco Shinzato  shows us how to execute the baseball bat choke from side-control. The key to this choke, Teco says, is maintaining pressure as you put your shoulder onto your opponent’s face. This prevents them from facing you and bridging out, which is a common escape from side-control. He also advises to keep your grips tight and deep in order to secure the lapel and finish the choke.

In this video, BJJ Mundials Silver Medalist Almiro Barros shows a variation from the regular armlock from side-control. This submission is executed from kesa gatame, using the legs to finish the submission. Almiro keeps his hip securely under his partner’s shoulder to ensure that he doesn’t have space to move and escape from kesa gatame.

In this video, Brazilian Jiu-Jitsu World Championship Silver Medalist Thiago “Guli” Kozama demonstrates 5 wrist lock submission variations, 3 of which are from side-control. One of the best submissions from side-control is the wrist lock because of the element of surprise involved. In fact, your opponent will probably think you are cheating or pulling one over him because a wrist lock is the last thing they are expecting. A wrist lock is usually done very quickly, so be careful — it takes very little pressure to get your opponent to tap out!

Ready to try these submissions out? Here are a few more tips for maintaining side-control:

Remember, before executing any submission, ensure that you are in a stable position first. Don’t forget to keep those submissions linked as well — it’s still the most effective way to finish your opponent!