This Is Why You Should Still Use Old-School BJJ Moves 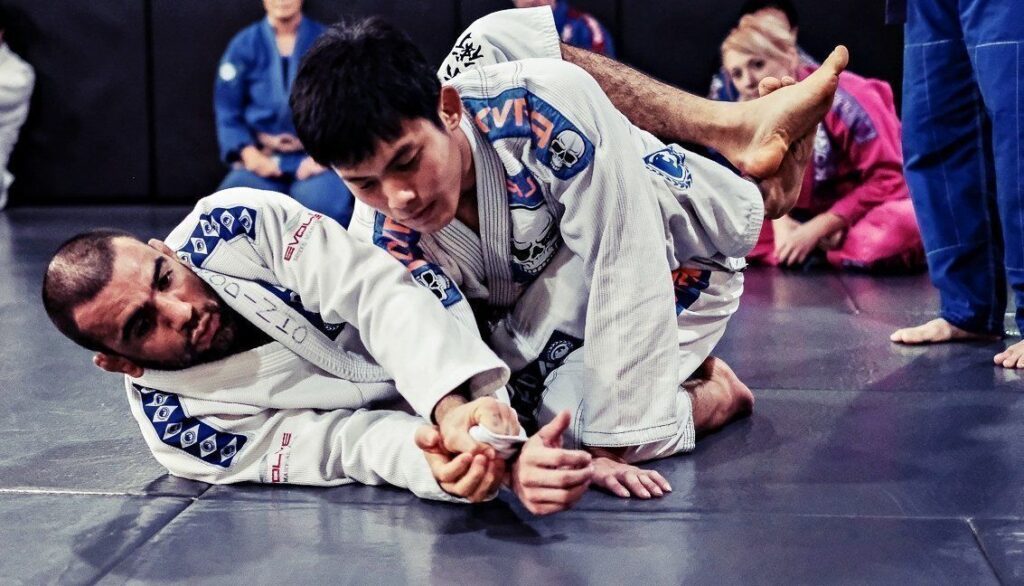 In its inception, Brazilian Jiu-Jitsu was created for self-defense. Because of this, many of the techniques that were taught focused on striking awareness and the ability to overpower or subdue a bigger, stronger opponent. There were no competitions during those days, and the closest thing to it was taking on a Gracie or their students in an open challenge. As with all martial arts, BJJ evolved into what it is today. With numerous IBJJF (International Brazilian Jiu-Jitsu Federation) tournaments being held each year, mixed martial arts, and more practitioners, the difference between what Brazilian Jiu-Jitsu was more than 25 years ago and what it is today is astounding.

The Evolution Of BJJ

If you’ve been practicing BJJ for at least 10 years, you would see that techniques are being constantly revamped. Whether it’s to conform to the ruleset of IBJJF or challenge it or to adapt to the different styles of its practitioners because of their athleticism/body type/flexibility, BJJ is undoubtedly evolving as we speak. Because of this evolution, some techniques, especially old-school techniques, get shelved or abandoned.

Any BJJ student can attest to the power of YouTube and online schools to help him/her become privy to the latest techniques he/she has seen in the most recent Mundials. Whether it’s Garry Tonon’s leg lock series or Mikey Musumeci’s back takes, there’s always something new and interesting to add to one’s game. Gone are the classic, old-school, basic guards and submissions – after all, everyone’s figured out how to counter them already. But does that mean that they aren’t effective?

Here are some important things to consider:

Ask any BJJ black belt, and they will tell you that a solid foundation of basics will help your game by leaps and bounds – not going on YouTube and researching how to do a berimbolo. While it’s good to learn new techniques to add them to your arsenal, you should focus on building your basics before branching out. When you are comfortable enough, you can then move on to other techniques.

Not all techniques may work for you

Keenan Cornelius can do the worm guard because he has long legs. The Miyao brothers like to invert and take the back because they are very flexible. Everyone is unique and techniques that may work for some people may not work for others. Try them all and see which techniques suit you.

Brabo choke from the mount

It doesn’t get more classic than a brabo choke from the mount. This choke uses the pressure from your opponent’s arm together with your grip on his lapel to stop the blood circulation. Simple and effective.

Cross choke from the mount

If there’s one thing that 10x BJJ World Champion Roger Gracie is famous for (apart from being the most decorated BJJ competitor), it’s his ability to finish the most talented competitors with the simplest submission – a cross choke from the mount. In this video, Roger goes over the fine details that help him finish the cross choke every single time.

What do you do when you get bucked off the mount? You get into the s mount, squeeze with your legs to get the tightest armbar you’ll ever finish.

Despite numerous innovations of different guard passes, the torreando is one of the simplest and most effective guard passes. As you can see above, active BJJ competitor and multiple-time World Champion Leandro Lo uses this pass against some of the most talented competitors in the sport.

This pass places a tremendous amount of pressure on a guard player’s hips. And as a result, immobilizes them very well. This pass is still in use famously by Bernardo Faria and Andre Galvao. The over under pass must be entered into properly, or else there is high risk of getting caught in a triangle. Once entered into properly though it’s super tiring and hard (if not impossible) to counter.

So tell us, which of these techniques will you add to your arsenal (again)?