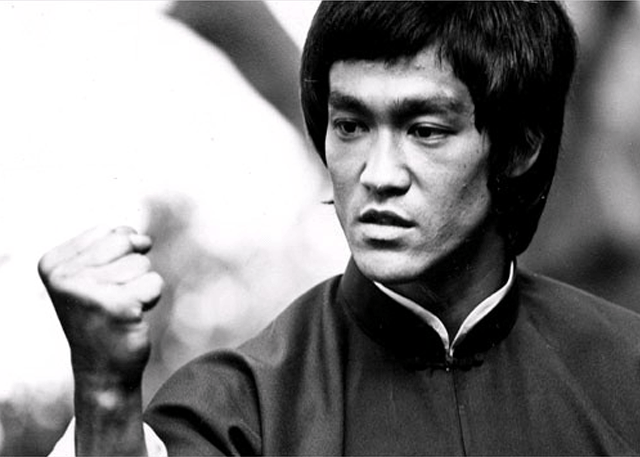 Many athletes consider Bruce Lee as their inspiration to start martial arts. After all, doesn’t everyone want to be the hero who fights bad guys?

Today, Evolve Daily sits down with ONE FC superstar and Evolve Fight Team member Eddie The Magician Ng as he curates the top five Bruce Lee fight scenes and how they can serve as an influence to other martial artists.
1. Way Of The Dragon (versus Chuck Norris)

Bruce Lee and Chuck Norris present audiences with one of the most complex fight scenes of all time. It is truly a dream fight, featuring two of the most elite martial artists at the height of their careers.

Everything in the movie was just building up to that moment,” Eddie explains.

Lesson learned: Know how to readjust and change strategy on the fly. Every martial artist should know how to “be like water” and adapt to any situation.

2. Fist Of Fury (versus an entire school)

In this scene, Bruce Lee takes on an entire Japanese school in a burst of rage. Unlike most of his fight scenes in which he fights with an unperturbed look on his face, the intensity and anger in his movements and face are apparent.

How can you fight an entire school?” Eddie laughs, “Bruce Lee makes it look so easy!”

He does make it look easy indeed. According to Eddie, the swift movements Bruce Lee uses to attack at different angles was what caught his attention.

Lesson learned: Being aware of your surroundings at all times is crucial. For example, if you’re placed in a compromising situation, you should know which people to avoid by their stance or demeanor and just walk away.

Here, Bruce Lee faces a towering Kareem Abdul Jabbar. Although the size difference between the two is stark, Bruce Lee uses his superior technique to defeat him.

The fact that Bruce Lee looks like he’s beating up someone that’s twice his size is crazy!” says Eddie.

Towering at over 7 feet tall, Kareem Abdul Jabbar’s movements are noticeably less fluid than Bruce Lee’s but nonetheless believable. In fact, he manages to leave a “footprint” on Bruce Lee’s chest.

4. Game Of Death (versus Dan Inosanto)

Clad in his signature yellow suit, Bruce Lee takes on Dan Inosanto using nunchucks. After both initially failed to beat the other with their respective weapons, the martial artists switched gears and attacked each other with nunchucks instead. This film showcases the first time that Bruce Lee fights with nunchucks on screen.

Lesson learned: When we fight, there are times when we have to improvise. Our first move may not always work, so we must think on the fly and do whatever we can to win.

Probably one of Bruce Lee’s most iconic fights, this scene utilizes mirrors that infinitely reflect him and his enemy. The mirrors give an eerie feeling because it is difficult to see who Bruce Lee is fighting.

Eventually Bruce Lee makes use of the mirrors to fight his enemy by cracking them,” explains Eddie, “he really had to be strategic.”

Lesson learned: We have to be intelligent when we fight. We shouldn’t rely on brute strength because there’s no guarantee that it will work 100%. In fact, how we strategize could also play a role in whether we succeed or not.

Tell us! Which Bruce Lee fight scenes are your favorite?