Mixed martial arts (MMA) is undoubtedly a sport, and one of the fastest rising sports in the world at that. It has grown immensely popular over the past decade and is one of the most watched spectacles today globally. One of the reasons for its recent growth spurt is that spectators now view MMA as more than just two men fighting in a cage.

At its core, MMA is an amalgamation of all combat disciplines, harmoniously combined together to form a seamless, unified system. Some say it is the purest form of unarmed combat because it takes the greatest elements of various martial arts and mixes them together.

Inherently, it takes an incredible amount of skill to practice MMA because you are studying and learning everything all at once. Muay Thai and boxing‘s science of striking, the intricacies of BJJ grappling, and the understanding of leverage in wrestling — it is all encompassed in what we know as MMA today, and so much more.

In this sense, there exists a graceful fluidity to this sport that is like nothing we have ever seen before. With its attention to detail, it’s unique styles, years upon years spent working in the gym towards utter perfection, MMA is considered in some spaces to be the ultimate form of expression, and of course, art.

1) Attention to detail in techniques 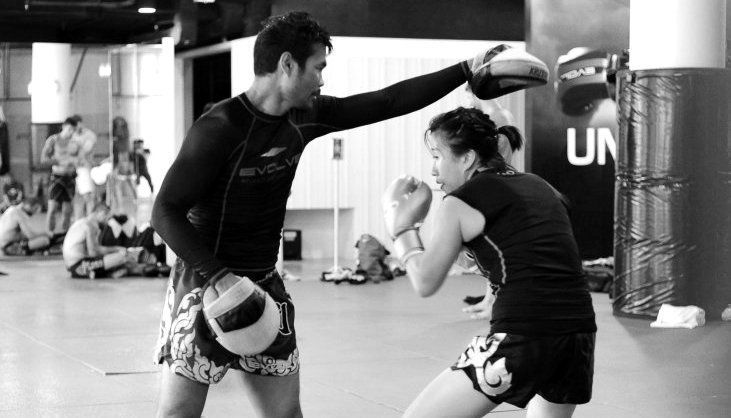 To fighters, the MMA gym is their art studio.

A lot of the techniques in MMA come from various disciplines. For example, ONE Welterweight World Champion Ben Askren utilizes a lot of wrestling in his style. Askren is, of course, a former Olympic wrestler, and much of his success in the sport has emanated from his great application of wrestling in MMA.

Other fighters use different techniques. ONE Light Heavyweight World Champion Roger Gracie, for instance relies heavily on BJJ in his bouts. In fact, much of his strategy is predicated on taking matters to the ground. ONE Superstar Amir Khan of Singapore is competed professionally in Muay Thai before switching to MMA, so a lot of his striking techniques are very efficient and powerful.

But you can’t just step into the cage looking to go crazy without form or function. Various techniques in MMA require great attention to detail. The training that goes down in MMA gyms and camps emphasize this attention to detail. From feet placement and proper footwork in striking to advantageous head positioning in the clinch, all the way down to the smoothest transitions on the mat, the beauty of MMA lies in the fine details of combat.

Once you understand the nuances of the sport, you will be able to spot these fine details and gain a much better appreciation of its intricacies.

2) Unique styles are up to interpretation 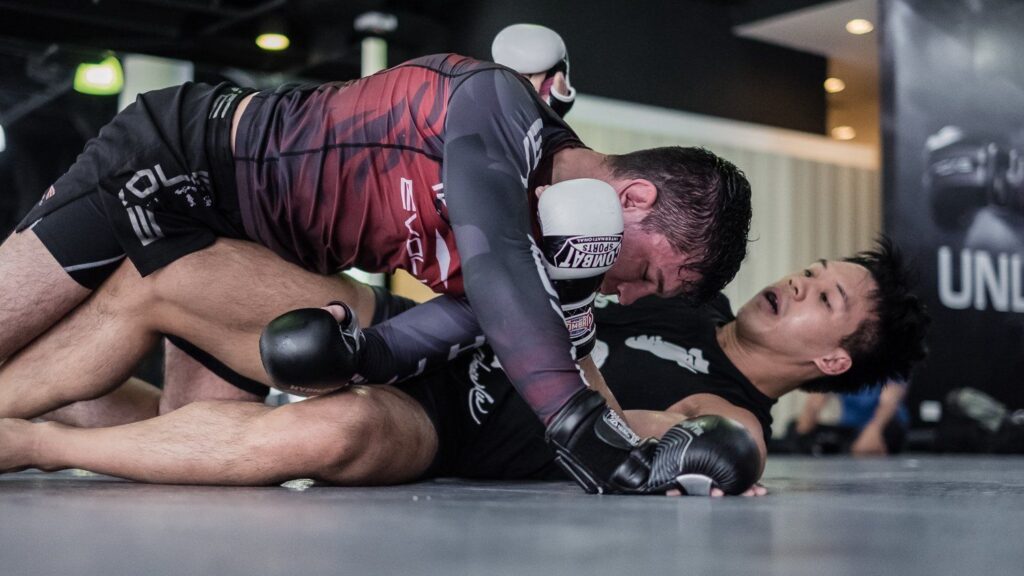 An MMA camp is a place for fighters to experiment and develop their own style.

MMA is highly diverse. Because we are combining multiple forms of combat into one cohesive system, and because every fighter trains differently, a lot of unique styles have emerged inside the cage.

Take for example, former UFC middleweight legend Anderson “The Spider” Silva, whose striking style combines elements of western boxing and the devastating kicks of Muay Thai. Silva was unique in a sense that he almost always kept his guard down and moved awkwardly, baiting his opponents in by offering them a target, and then ultimately coming back with his own lightning quick counters.

On the other hand, former ONE Lightweight World Champion Shinya Aoki, whose style is completely fixated on taking matters to the canvas, enjoys his success in situations where he can work his BJJ wizardry over opponents. Once Aoki gets a hold of an opponent’s limb, a submission victory will almost always soon follow.

In MMA, you can combine Taekwondo with Karate, BJJ with wrestling, Muay Thai with boxing, and so on. The possibilities are truly endless.

Just like each artist paints the canvas in different ways, each fighter has their own unique style, developed through hours and hours of practice in the gym. The way they showcase their skill and how it is received by spectators is up to interpretation.

3) It takes years of practice to reach a high level

You can’t just step into the cage and become an instant MMA fighter. It takes years and years of practice, days and nights spent in an MMA gym, working on your striking and grappling techniques to reach a level ample enough for competition, let alone the highest level of the sport.

Hard work and dedication is an absolute must. To reach the upper echelon of MMA, much practice has to be accomplished. It is the same as in art.

The Mona Lisa wasn’t painted in a day. The world’s greatest masterpieces were never rushed. Each work of art took its time to develop and form. In MMA, it’s pretty much the same. UFC Champion Conor McGregor started his career as a wide-eyed teenager with big dreams. ONE Women’s Atomweight World Champion “Unstoppable” Angela Lee of Singapore began training when she was six.

These MMA greats spent years honing their craft, and now they are at the top of their profession.

4) There are lots of legendary figures throughout history

ONE Superstar Amir Khan of Singapore is fast becoming one of the nation’s biggest sporting heroes.

Just as we have Van Gogh, Michelangelo, Mozart, and Beethoven, we also have our own legendary figures throughout the history of MMA.

Modern-day MMA is a relatively young sport, coming to prominence in the early 90’s and experiencing a tremendous growth spurt in the 21st century. But already we have formed a long list of legendary names — athletes who have built the sport into what we know and love today.

Royce Gracie, Bas Rutten, Fedor Emelianenko, Sakuraba, Randy Couture — these are some of the legends who have graced the battlefield in one form or another, bringing MMA to the mainstream and attracting a huge fan base.

These athletes throughout history have been responsible for keeping MMA fans on the edge of their seats in excitement for years. Countless tales of bravery and courage, displays of pure heart and unmatched skill, they have constantly captured our imaginations and at times, had us standing in awe of the work they have showcased.

So the next time you hear someone say MMA is anything but a form of art, give them the reasons why they are completely wrong. More than anything, martial arts enriches our lives, maybe not like traditional art, but perhaps even better.