Is getting in shape one of your resolutions for 2017? If yes, then now’s the best time to kickstart an active lifestyle! So why not start by heading to your nearest martial arts gym and signing up for that first martial arts class? It doesn’t matter whether you choose to try Muay Thai or Brazilian Jiu-Jitsu – because one thing’s for sure: you would be embarking on the most amazing adventure ever. And the best part is that you would be taking the first step to getting into the greatest shape ever!

Curious? Then read on. Today, Evolve Daily shares 9 Reasons Why Martial Arts Will Get You Into The Best Shape Of Your Life:

1) Because It Effectively Melts Away Fat ONE Superstar Amir Khan and Eddie Ng work on their striking at the Evolve Fighters Program.

To get the most out of your training, you should ideally work out for more than half an hour. This is because your body only begins to favor fatty acids over glucose during the 30-minute mark, so it would then be able to target free fatty acids (FFAs) from your body fat’s lipids. As a result, your body would be consuming fatty acids so as to help you power through your workout!

When you work out for more than half an hour, you not only prevent new fat stores, but destroy old ones as well. As Evolve MMA’s classes are usually 60 minutes long, you can be sure that your body would be able to melt away that pesky fat effectively. Psst! You can actually burn up to 1,000 calories in just one hour of training!

2) Because It Tones Your Body It’s no secret that martial arts is a great full body workout because almost every muscle group is utilized when you execute those techniques during training. What’s more, when you build muscle, your body would then be able to burn more calories at rest! It comes as no surprise then, that you would end up with a nice, toned body that would be beach-ready all year round.

3) Because It Makes You Stronger As martial arts requires you to utilize all kinds of muscles, it’s only natural that your body would get stronger over time. After all, you would be doing various bodyweight exercises when you warm up and cool down, as well as learn all kinds of techniques that would work your body’s different muscle groups.

4) Because It Boosts Your Metabolism Research has found that engaging in intense physical activity such as martial arts can actually accelerate your body’s metabolism. This is because such high intensity training forces your body to work harder to replenish its oxygen stores, between 16 to 24 hours post-workout. So apart from burning those calories when working out, your metabolism would enjoy a boost for hours afterward, due to a process known as excess postexercise oxygen consumption (EPOC).

5) Because It Builds Your Endurance 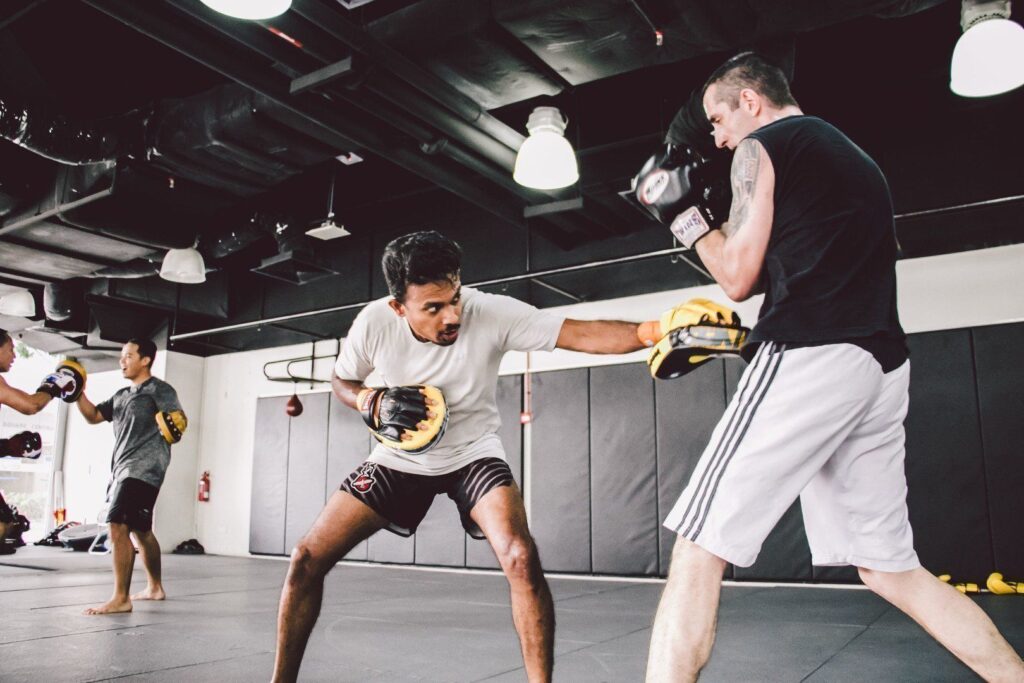 As martial arts training contains elements of aerobic and anaerobic exercises, there’s no doubt that your body would be conditioned over time and you’ll have better endurance. After all, the more you train, the better your body will be able to adapt to the demands of martial arts. Hence, you would notice improved cardiovascular performance.

What’s more, training regularly would also boost your heart health, by improving your heart rate and increasing blood flow throughout your body. As a result, your blood vessels would be open and flexible, and your heart muscles would be strengthened. This would then contribute to your overall health and wellbeing.

6) Because It Reverses The Aging Process Did you know that martial arts keeps you young? Well, research has shown that regular exercise can reverse the skin’s aging process. Besides that, your body’s collagen production would increase and as a result, prevent wrinkles from forming. Also, it has been found that exercise boosts your memory and thinking skills – so training martial arts would keep you young from the inside out!

7) Because It Forges An Unbreakable Warrior Spirit Within You The roundhouse kick is a fundamental strike in Muay Thai.

Apart from strengthening you physically, martial arts would toughen you up mentally as well. This is because you would be pushing and going beyond all kinds of limits when you’re in the gym. Hence, you would eventually evolve into the strongest version of yourself, inside out; as well as become a fighter in all aspects of life.

8) Because It Helps You To De-Stress Martial arts boosts your endorphin production, so you would feel great after every training session!

If you find yourself stressed out or unhappy on a regular basis, one way to feel better is by – you guessed it – training martial arts. Trust us, nothing beats that endorphin rush you get after an intense training session. Besides that, you would be able to leave all that negativity behind for an hour at least, and focus on whatever you’re learning in class. And the best part is that after every training session, you would leave the gym feeling much better – despite having a rough day.

9) Because It Gives You More Energy Apart from helping you de-stress, you’ll notice that you feel more energetic and alert after hitting the gym! Research has shown that regular physical activity can beat fatigue. So if you’re in need of an energy boost, why not go for a martial arts class?

Are you ready to get into the best shape of your life, and unleash your inner warrior? Then start training martial arts! Go on, you got this! Can People Of All Ages Train In Martial Arts?

There are no age limits when it comes to learning martial arts since there is no such thing as being too old to learn something new. Anyone can benefit from learning one of these disciplines…