5 Boxers Who Proved Age Is Just A Number 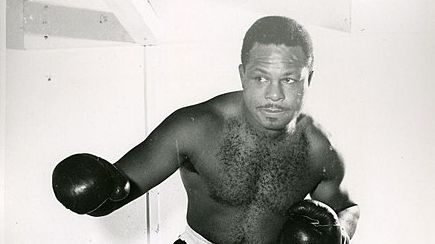 Generally speaking, a boxer hits his or her physical prime between the ages of 28 and 35. At 35 years of age, Father Time starts to slowly introduce himself. From that point and beyond, there is evident physical decline. Some boxers start to show their age immediately, while others take a few fights before it becomes obvious.

Nevertheless, no matter who you are or how physically gifted you are, your age plays a huge factor in your physical decline. However, there are a handful of boxers who are no doubt special in the sense that, they defy all logic and actually get better with age.

But they aren’t just freaks of nature. These special boxers use their technique and skill to make up for their physical decline. The older they get, the smarter and more experienced they become. And they use that experience to beat younger, physically stronger opponents.

It’s very rare to see, but once it’s in front of you, it’s a special thing to witness.

They say boxing is a young man’s game, but these guys obviously didn’t get that memo. Let’s take a look at their careers, and how they fared in their twilight years as prizefighters.

There is no denying that Bernard Hopkins performed exceptionally well way past his physical prime. That has been well-documented. Hopkins won his first world title at the age of 30 when he captured the IBF Middleweight Title in 1995. Then known as “The Executioner”, Hopkins would proceed to put together 20 title defenses, a record at middleweight that would remain unbroken until 2018.

Many fans and pundits rate Hopkins among the greatest boxers in history, pound-for-pound. But his most memorable work came after he hit 40. At 42 years of age, Hopkins beat Antonio “Magic Man” Tarver to capture the IBO and Ring Magazine titles. He would lose to Joe Calzaghe in 2008, but three years later, Hopkins would beat Canadian Jean Pascal to win the WBC and lineal light heavyweight belts.

Remarkably, Hopkins wasn’t done. He continued on way past the twilight of his career, winning some and then losing some. His latest world title feat came in 2014 when he defeated Beibut Shumenov at age 49 to capture WBA Super World Light Heavyweight Title.

During his younger years, Roberto Duran was a frightening combination of sheer aggression and unbridled power. He would mete out incredible punishment, destroying opponents while building his legend throughout the years. Duran was a very scary fighter, especially during his prime.

But despite a tremendous career, Duran kept on fighting even as he got older and way past his physical best. By this time, Duran was out of shape, and just over 40 years of age. His best weapon, however — his incredibly sharp and intelligent boxing IQ — was in pristine condition and would remain so way past his due as a fighter.

While the younger version of “Hands of Stone” relied heavily on his physicality and power, the older version of Duran banked on his fluid technique, excellent timing, and intelligent offense. Amazingly, his defensive reflexes were still sharp enough to keep himself out of danger and minimize damage, which prolonged his career.

Duran’s latest victory came in 2000 when he defeated Patrick Goossen by unanimous decision at age 50 — an absolutely remarkable feat all things considered. He certainly wasn’t the same Duran fans fell in love with when he was younger, but the Panamanian proved that he could use his intelligence to beat younger and stronger men late in his career.

Nearly every boxing analyst declared the end of Larry Holmes when a young Mike Tyson destroyed a then 38-year-old veteran in under four rounds. After getting embarrassed and reduced to a mere old man trying to cash in on his name, the legend known as “The Easton Assassin” would choose to soldier on instead of fold. It turned out to be a good decision.

Holmes understood that the skill level of the heavyweight landscape at the time was terribly low, and because George Foreman was also an old man making the most out of his name to bring in the big bucks, Holmes believed he could too.

At age 41, Holmes would make his intent to continue his career known, and he would be largely successful. He would defeat Tim Anderson by technical knockout in the very first round. At age 53, Holmes would fight his last professional fight and defeat Eric “Butterbean” Esch by unanimous decision to cap off a four-fight winning streak to end his career.

Holmes is and will always be a legend, especially for his body of work past the age of 40.

The ultimate old man boxer, “The Old Mongoose” Archie Moore is hands down the most impressive of all. When he turned 40 in 1956, Moore was still recognized as the reigning light heavyweight champion of the world which he held for four years at that point.

Moore spent the majority of his time competing against men who were bigger than he was in the heavyweight division, only cutting weight when it was time to defend his light heavyweight strap. But no matter what division he competed in, his style remained largely the same: great footwork combined with excellent defense, highlighted by knockout power that often separated opponents from their senses.

“The Old Mongoose” finished his boxing career with an incredible 186-23-10 record which includes 132 knockouts. How about that for a stat line.

George Foreman is known by most as the originator of the lean mean grilling machine that is the George Foreman Grill, made famous through home TV shopping. But to boxing fans and pundits, he will forever be known as “Big George” — a savage knockout artist who terrorized opponents between 1969 and 1997.

In his prime, Foreman was as fearsome a knockout artist as they come. Though he was defeated by a prime Muhammad Ali in the infamous “Rumble in the Jungle” in Kinshasa, Foreman would enjoy a professional career that lasted more than two decades after that historic bout.

Although he would retire from the sport at the age of 28, he would soon make a comeback 10 years later at the age of 38. At the time, many ridiculed his decision to do so, but Foreman got the last laugh.

Foreman’s most notable victory then came in 1994, when he was a fat, out of shape heavyweight aged 45. Foreman knocked out then-undefeated 27-year-old Michael Moorer in 10 rounds to win the IBF and WBA World Heavyweight Title. No one gave him a chance, but Foreman proved them all wrong by using his veteran savvy to stop Moorer within the distance.

Foreman finally finished his career in 1997, losing to Shannon Briggs by Majority Decision at the age of 48. He ended with a 78-5 record which includes 68 scintillating knockouts.