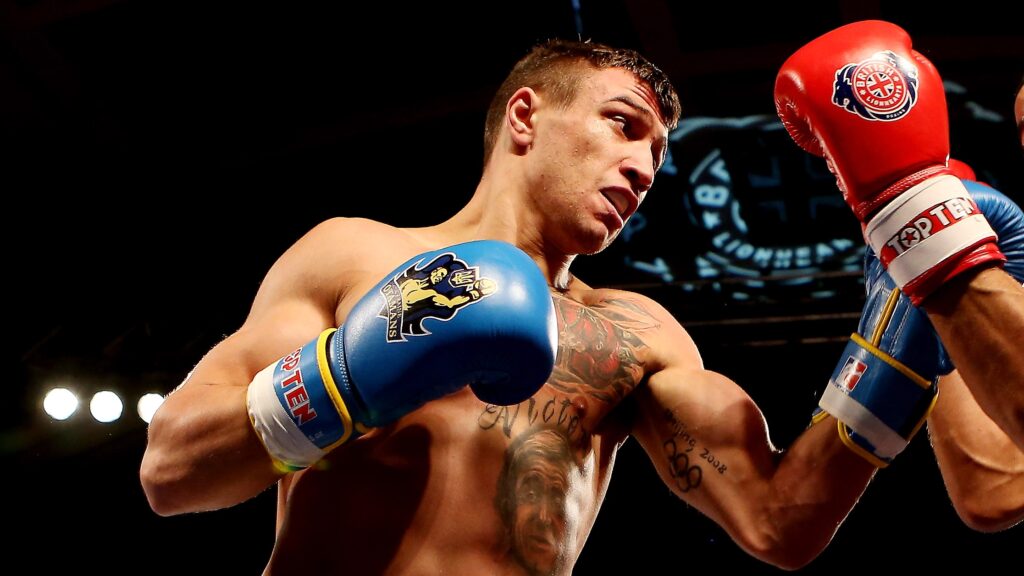 Body shot KO’s are extremely difficult to pull off, probably because body punching is a lost art in boxing. Nonetheless, body punching is one of the most effective offensive tactics in the discipline. In fact, it even produces highlight-reel knockouts just the same as headshot knockouts do.

Body punches are sensational. First of all, it’s hard to hit the body clean, let alone score a knockout from one. And the knockout isn’t instant, there’s often a delayed reaction. Some fighters power through, others crumble.

While there are so many notable body shot knockouts in boxing, we’ve singled out a handful for you here to check out. This is all the more reason to focus on improving your body shots if you are a fighter, and at the same time, strengthening your core.

Let’s take a quick look at some body shots, shall we? Today, Evolve Daily shares five of the most amazing body shot knockouts in boxing history.

De La Hoya was moving up to middleweight for this showdown against a fellow legend in Hopkins. It was “The Golden Boy” versus “The Executioner” in one of the most epic showdowns in history. Props to De La Hoya for stepping up though when he didn’t have to. Hopkins was bigger and had been fighting at middleweight longer. Plus he’s one of the most skilled technical boxers ever.

The two met in 2004 at the MGM Grand in Las Vegas. At the time, De La Hoya was boxing’s biggest draw, so all eyes were on the proclaimed Pay-Per-View king.

It was a competitive fight for however long it lasted. Hopkins was methodical and used every trick in the book. De La Hoya was hard-nosed and stood in the phonebook with Hopkins all the way. It was a good action-packed fight.

In the 9th round, however, Hopkins cracked De La Hoya with a left hook to the liver, sending the Mexican-American to the canvas. De La Hoya’s anguished face could not beat the 10 count.

Talk about left hooks to the body, Britain’s Hatton, also known as “The Hitman”, was one of the most powerful body punchers at junior welterweight.

Taking on Mexican slugger Jose Luis Castillo in 2007, Hatton entered the bout undefeated and virtually known as the undisputed king at 140 lbs. Hatton boasted of an impressive knockout rate, owning 29 KO’s out of 42 wins. And he had become known for his great body work.

Those skills would come in handy against Castillo, who was all up in Hatton’s grill the entire night. Hatton, however, would land a crushing left hook to the body of Castillo in round four. It was a delayed reaction from Castillo, but as soon as he felt the immense pain, he took a knee and could not recover.

Saul “Canelo” Alvarez was an established star by the time he met Britain’s Liam Smith at the AT&T Stadium in Arlington, Texas in 2016. He had only lost once, and that was to Floyd Mayweather three years earlier. Without a doubt, Canelo was already Mexico’s biggest star when he stepped into the ring that evening.

Liam Smith was also no pushover. The Englishman owned a decent resume of wins and was looking to score the upset. But Canelo was far too skilled, far too powerful, and dominated the bout from start to finish.

An overhand right dropped Smith in the 7th round, the first of Smith’s professional career. But the end came in the 9th, when Canelo detonated an explosive left hook to Smith’s body that left the latter on the mat. Needless to say, Smith could not get back up in time although he tried his best.

Who doesn’t love “GGG” and the way he fights? The Big Drama Show is one of the most feared punchers in all of boxing. With 35 career KO’s out of 39 wins, it certainly comes as no surprise.

When Golovkin met Britain’s Matthew Macklin in 2013, he was riding a 26-fight win streak and was undefeated. Even more impressive was that Golovkin’s last 13 fights ended in brutal knockouts. His reputation as boxing’s best finisher was well-deserved.

Body punching is a huge part of Golovkin’s game, and Macklin found that out the hard way. In the 3rd round of a scheduled 12-round middleweight contest, Golovkin connected on a hellacious body shot that instantly dropped Macklin for good. It was the 14 consecutive knockout win for Golovkin.

There’s no fighter in the world quite like Vasyl Lomachenko. The way he moves in the ring is extraordinary, dancing around his opponents with ease and grace, while delivering a variety of combinations with fluidity.

The man they call “Hi-Tech” met cerebral tactician Jorge Linares just last year and delivered one of his most stunning performances yet.

To give credit where it’s due, however, Linares fared better than most against Lomachenko. Himself a highly-technical boxer, Linares did have his moments. But as the bout wore on, Lomachenko’s will was too strong and his skill was starting to overwhelm Linares.

In round 10, Lomachenko brought Linares into The Matrix, his wheelhouse, and delivered a staggering liver shot that forced Linares to take a knee. Linares was counted out, and Lomachenko retained his WBA lightweight belt.