In an age where we are all bombarded with all sorts of electronic devices and game consoles, making sure children get enough physical exercise is a top priority for many parents. According to the Center for Disease Control, the number of obese children rose from 7 to 18 percent from 1980 to 2012.

One of the most popular ways parents are tackling this reality of modern life is by enrolling their children in Brazilian Jiu-Jitsu classes.

Why is that you ask?

Brazilian Jiu-Jitsu is arguably the most popular martial art in the world right now, establishing itself as the most effective combat style in the past few decades. It’s also one of the most fun activities for adults and children alike.

There are countless benefits to enrolling your children in BJJ classes. Let’s take a look at some of the more obvious ones:

BJJ is an effective way to get your children off the couch and out of the house. All aspects of training Brazilian Jiu Jitsu like performing drills, learning new techniques, and rolling on the mat requires physical effort, but it’s also lots of fun.

That makes it something your children actually look forward to since the fun part significantly outweighs the physical effort. They’ll have lots of fun whenever you drop them off at their BJJ school, and it’ll keep them in good physical condition all year round. That will give them an extra edge when it’s time for learning and extracurricular activities at school.

The old saying, “a healthy body leads to healthy mind” comes to mind. BJJ is an amazing way to develop motor skills in children.

Being disciplined and respectful is a major part of any martial art, and BJJ isn’t any different. It takes practice and lots of repetition to perfect BJJ techniques which teach children the importance of hard work and perseverance.

No one gets their black belt in a few days. It’s a slow journey that happens with small improvements.

During BJJ classes, children are taught to respect all those around them from their instructors to other kids with the same rank. This discipline will translate into other aspects of their lives like school and other sports where they are required to be attentive and respectful.

The structure, respect, and discipline they learn from regularly attending classes, being quiet and respectful while the instructor is teaching, and being humble towards the higher ranked belt holders and their peers will last a lifetime.

The ability to defend yourself is arguably one of the most underrated skills a person could have. Bullying has been an issue since the beginning of time, and some would say it has even gotten worse in modern times.

Signing your children up for a BJJ class will give them all the tools they need to defend themselves from would-be bullies without hurting the other kid.

BJJ teaches children how to defend themselves without having to hurt the bully. Even a child that has been training BJJ for only a few months will be able to control and restrain a bully while waiting for teachers or other authority figures to step in. That also makes it easier for these authority figures to determine who started the fight when they realize one party is simply retraining the other. 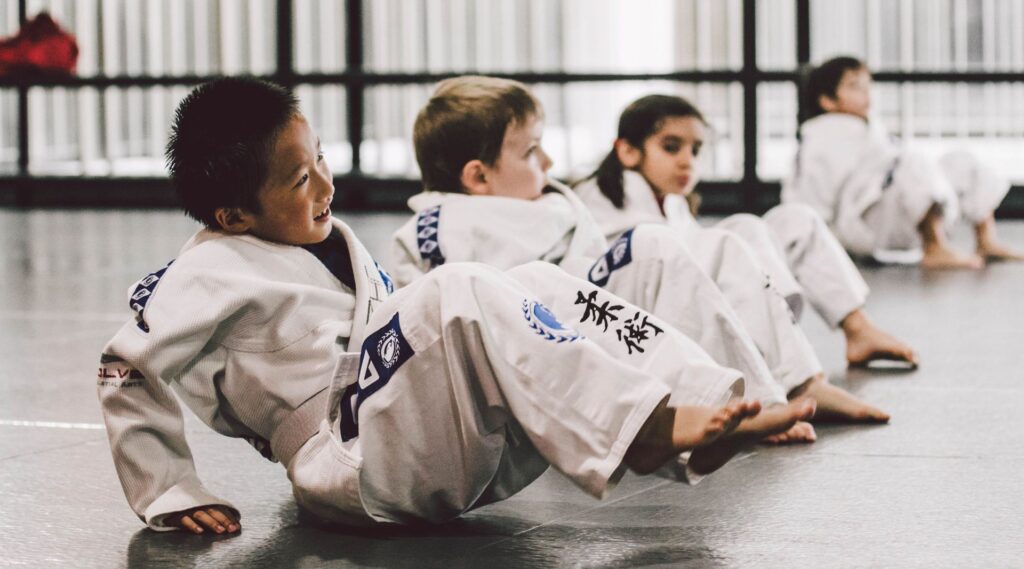 The social skills children learn in their BJJ class help them to learn to fit in better in school.

Another great benefit to enrolling your children in a BJJ class is the opportunity to meet other kids with similar interests. Socializing with peers comes naturally for some kids, but others require a little more practice before they become comfortable in social settings.

Brazilian Jiu-Jitsu gives your children an extra opportunity to interact with other kids of different ages, while under the supervision of trained instructors who ensure everyone is being courteous and respectful. Opportunities for extra socialization like these are even more important if your children are being home-schooled. 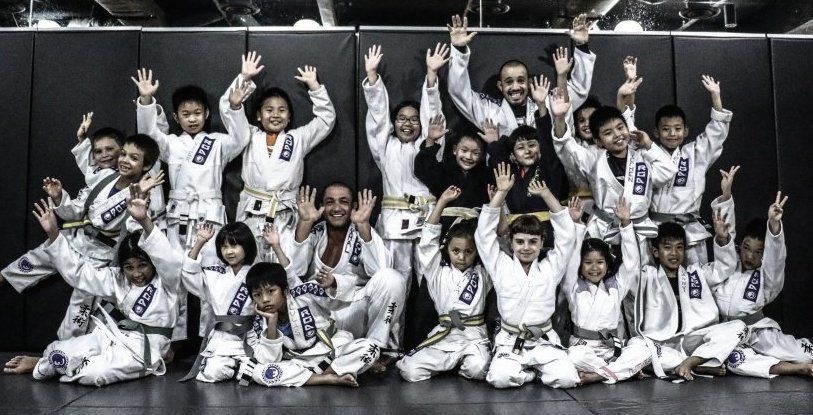 The values that kids will learn in a martial arts school are priceless.

It’s impossible to overstate how much self-confidence people gain when they enroll for BJJ classes. For starters, being in good physical shape makes us all feel good about ourselves regardless of age. Then, there’s the self-confidence that comes with dedicating yourself to something and seeing the constant improvements being made.

Your children knowing they will be able to defend themselves from bullies or even worse, if necessary, will also give them an extra boost of confidence. BJJ is a great way to keep your kids active.

One thing that differentiates BJJ from other martial arts is how cerebral it can be. Seasoned BJJ practitioners often compare Brazilian Jiu-Jitsu to chess which makes lots of sense given the fact the winner of any given match is usually the first contestant to outthink the other when two equally skilled competitors are paired up.

Training BJJ requires children to constantly figure out ways to deal with new problems and situations. Students have to connect new techniques they learn to the techniques they already know, and they’ll learn to think ahead of their opponent when defending or looking for submissions.

The problem-solving skills that children learn during BJJ classes will pay dividends throughout their lives.

Without a doubt, enrolling your kids in a BJJ class is one of the best things you can do for you’re them. It will give them an opportunity to learn many skills that will help in different aspects of their academic lives and, eventually, their professional lives, while keeping them healthy and happy.

With so many awesome benefits, it isn’t surprising that a record number of parents are enrolling their kids in BJJ classes.

Signing up your kids for Brazilian Jiu-Jitsu classes will also give you a few hours to yourself while the kids are busy with their new hobby. It’s one of the best things you can do for your kids, and it might even allow you to get more tasks accomplished while your kids are on the mat.

No wonder kids BJJ classes are so popular nowadays!

So, what are you waiting for? Take your children to a BJJ class to find out if it’s right for them. Sign up for a trial class today!