The Top 5 Greatest Defensive Boxers Of All Time 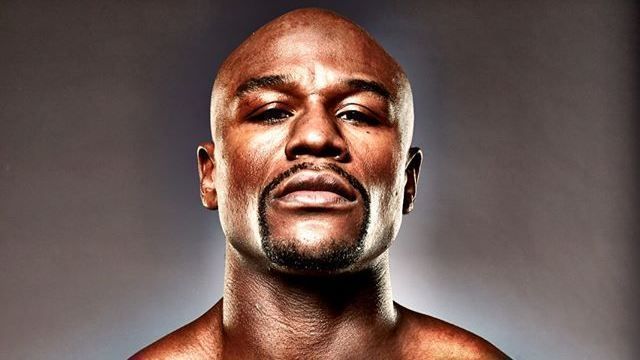 Fans love the excitement of boxing. The sport has had a huge following for nearly a century, and over this period, we have been witness to some epic battles and thrilling tales of victory. The four posts of the ring enclose a proving ground of bravery, courage, and the will to win.

While boxing often promises spectacular fireworks and non-stop action, entertainment can come in different forms. After all, true fans and enthusiasts always refer to the sport as ‘The Sweet Science’ because of its highly-technical roots.

As we all know, however, a great part of boxing involves not just offense, but also defense. Throughout history, there have been a handful of boxers who have exhibited technical greatness, particularly on defense.

Sure, everyone loves knockouts. But you can’t knock out, what you can’t hit. It’s time to pay homage to the defensive geniuses of boxing.

Talk about defensive wizardry. There is a reason why, when discussing boxing’s greatest defensive tacticians, Pernell Whitaker’s name often comes first on the list. “Sweet Pea” was gifted with the god-endowed talent of incredible defensive awareness. He could see punches coming from a mile away, and adjust ever so slightly to evade them.

In an age when all-action stars and blood and guts warriors ran rampant, Whitaker provided a breath of fresh air for fans who wanted to see a more technical display of fighting.

His most famous fight perhaps came against Mexican legend Julio Cesar Chavez. It was a one-sided affair with a controversial ending. After Whitaker dominated Chavez for the entirety of the bout, judges infamously saw the fight as a draw, causing Sports Illustrated to run a front page headline which simply read: “ROBBED”.

Whitaker was so unique in his defensive mastery that judges didn’t even know how to score his movement properly.

Recognized as arguably the greatest defensive fighter of all time, Floyd “Money” Mayweather Jr. has epitomized boxing perfection. Not only is he next to impossible to hit, but his lightning fast combinations and zippy counters almost always hit the mark.

At 49-0, Mayweather has remained unbeaten in his 20-year boxing career. He has been a world champion for 16 of those years and has rarely been challenged in the ring.

To this day, Mayweather continues to stifle opponents in the ring. He is going for his 50th victory this August against UFC Lightweight Champion Conor McGregor in what is said to be the biggest bout in combat sports history.

The natural sense and ability to elude punches and avoid being hit is a prerequisite to being called a defensive master, and there aren’t a lot of guys better than James Toney. Toney was once regarded by Hall of Fame trainer Freddie Roach as the man who he thought was the most naturally gifted boxer in history.

And it’s completely true. During his prime, Toney was notorious for not putting in the time and effort in training, often showing up to camp overweight and with a lack of zeal for self-improvement. Nevertheless, his natural ability was more than enough to win his bouts. Toney was just born to fight, simple as that.

“Lights Out” combined raw, unbridled power with an uncanny ability to slip an opponent’s best punches, which made him one of the most feared men in the sport. His unique style allowed him to close the gap on foes, using unorthodox angles to plaster guys with combinations. When he was focused and on point, Toney was virtually unbeatable.

Known as perhaps the greatest amateur boxer of all-time, Cuban boxing sensation Guillermo “El Chacal” Rigondeaux is a former two-time Olympic gold medallist and is currently undefeated as a professional. Some experts regard him as the greatest purely defensive fighter in the history of the sport.

While most of the boxers on this list have a natural sense of defense and great head movement, Rigondeaux comes from a different breed of fighter. The Cuban stalwart is textbook with his movements and footwork, executing well-calculated maneuvers with near-flawless technique. His skills, crafted by the greatest minds in Cuban boxing, have allowed him to emerge virtually unscathed throughout his entire career.

Rigondeaux has made other talented boxers he has faced look absolutely silly, perplexing them with silky smooth footwork and defensive tactics. If there is anyone in boxing that is next to impossible to hit clean, it would probably be this man.

He is the new kid on the block, but at the same time, Vasyl Lomachenko represents the future of boxing. Known today as pound-for-pound among the top 10 best boxers currently active, Lomachenko is a two-time Olympic gold medallist and is one of the most elusive defensive fighters in the history of the sport.

Many say Lomachenko, skills-wise, is perhaps the most technically gifted fighter of all-time, next to Guillermo Rigondeaux who is also on this list, and for good reason. One glimpse of Lomachenko’s unique style and you will understand why fans are so completely enamored with this man. The way he moves, it’s as if Lomachenko knows what punch his opponent is going to throw before he throws it.

Like a scene from right out of The Matrix, Lomachenko’s otherworldly skill is the stuff fairytales are made of. The way he is able to slip and slide away from danger with some of the game’s best footwork is mind-boggling.

Boxing is all about hitting and not getting hit, the guys on this do the latter better than the rest. So, who do you feel is the best of them all?