WATCH: The 5 Most Dangerous Boxers Of All Time (Videos) 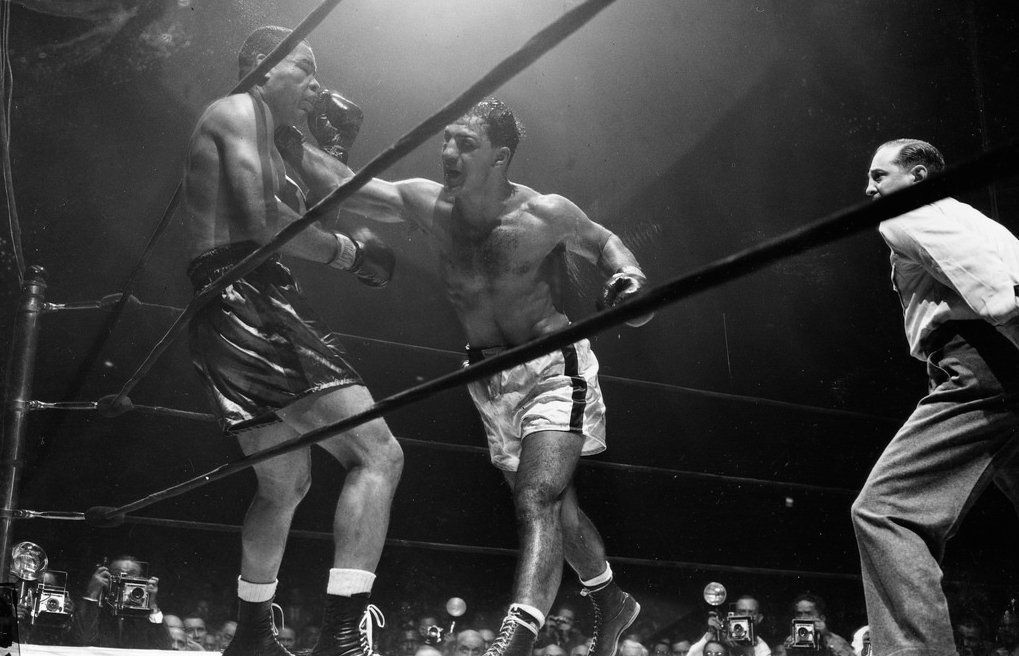 With the reputation of being one of the oldest and most efficient combat sports, boxing utilizes punches, head movement, and footwork, to generate powerful strikes and beautiful evasive defense. There’s no doubt that many aggressive boxers had their moments in the ring throughout the past few decades. However, some of them were more dangerous than others.

Today, Evolve Daily shares The 5 Most Dangerous Boxers Of All Time:

It comes as no surprise that Mike Tyson tops this list. After all, he has a reputation of being the most ferocious fighter to step into a professional ring. With his great strength, along with accuracy, coordination, outstanding hand speed, and timing, Tyson was a force to be reckoned with. He has even claimed to use his intimidation as psychological warfare, so as to get an advantage before and during his fight.

The moment he sensed fear in his opponents, he would exploit it by staring into their eyes. Hence, he was able to intimidate and strike fear in their hearts. Perhaps this was why more than half of his 44 knockouts occurred in the first round.

After knocking out a previously undefeated Joe Frazier, George Foreman stole the spotlight in the boxing world. After all, Frazier was the toughest fighter at that point. Known for his monster punching power, Foreman got 68 out of his 76 career wins by knockout.

He later came out of a 10-year retirement to shock the boxing world all over again when he faced Michael Moorer in the ring. At this point, Foreman was already 45. However, he showed everyone that he was still able to take a great deal of punishment to the body and head, the way he did in his prime. This match ended when Foreman put the lights out for Moorer with a right hand.

Being the only heavyweight champion to date to retire with an undefeated record, Rocky Marciano won all 49 fights throughout his career. He might not have been the most skilled or technical boxer to step into the ring, but he made up for it with his will to win, grit, heart, and brutal punches.

With sheer determination and a great deal of self-belief, Marciano imposed his unbreakable will to win on his opponents and was able to overcome his physical shortcomings – sometimes even turning them into advantages.

If you watched Hands Of Stone when it was in cinemas last year, you probably learned about the life story of Roberto Duran. Throughout his career, he clinched titles across 4 different weight classes and won 103 (70 by knockout) of his 119 fights. Duran was a very competitive boxer and always showed his aggressiveness in the ring. Despite having very little professional training, he still managed to win his first 21 fights and stay active in the boxing scene until he fought his last fight at the age of 50.

Did we mention that Duran once knocked out a horse because someone bet him a bottle of whiskey that he couldn’t do it? If that doesn’t tell you just how powerful his punches were, we wouldn’t know what else to say!

Earnie Shavers grew up on a farm, where he developed his hand and back muscles by chopping wood. His years of doing so paid off because he was able to shine in the boxing ring, and eventually go on to be one of the most solid punchers in boxing history.

The great Muhammad Ali once said that Shavers hit him so hard that he shook his kinfolk back in Africa. Apart from that, Joe Frazier was so intimidated that he refused to fight him. Well, after chancing upon this, we certainly wouldn’t want to mess with him.

Do you agree that these boxers are the most dangerous ones of all time?

6 Boxers Who Changed The Game Forever