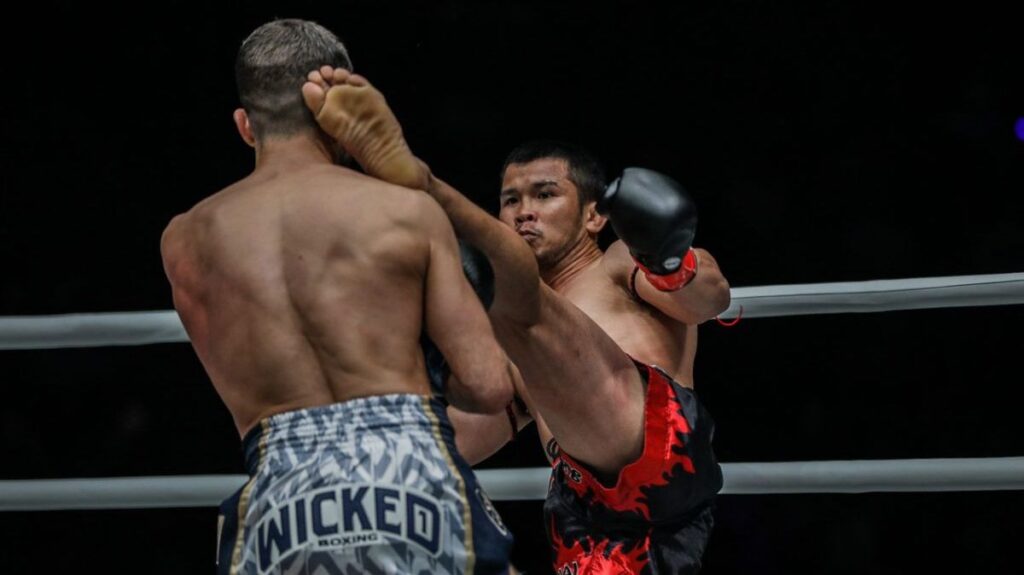 Widely-considered as one of the greatest to ever compete in the sport of Muay Thai, multiple-time Muay Thai World Champion Nong-O Gaiyanghadao from the Evolve Fight Team is one of the most decorated fighters in history. His flawless striking skills have lit up Thailand’s biggest and most prestigious stadiums for years, and now he’s ready to impart his signature techniques to the next generation.

He is considered one of the top pound-for-pound Muay Thai fighters in the modern era. Known for his incredible speed, power, and precision, Nong-O has captured multiple world titles across five different weight divisions. He is a 4-time Lumpinee Muay Thai World Champion, a Rajadamnern Muay Thai World Champion, a 2-time Thailand National Champion, and a 2-time Fighter of the Year award winner. The 31-year-old has undoubtedly reached the pinnacle of Muay Thai and brings with him a wealth of knowledge and experience.

If you train in Muay Thai and want to take your skills to the next level, there is a very good reason why you should consider private lessons with Nong-O. After training with him, you could easily transition from good to great with his guidance and insight.

Within the mind of Nong-O is priceless information of how a real fighter thinks. The way he processes data in his brain in the midst of battle is something that cannot be taught by just anyone. In order to impart this wisdom, a fighter must have been through countless ring wars. By training with Nong-O, you gain insight into the mind of one of the greatest Muay Thai fighters in history.

Learn and understand when to attack and when to defend. Recognize the various cues in any given fight, including when to clinch, when to counter, and when to move in for the finish. Nong-O has professional experience of over 300 Muay Thai fights under his belt, and he has developed a systematic thought process when it comes to competition at the highest level. He is also known to have one of the highest fight IQs in all of Muay Thai.

By learning how to think like a fighter, you become more efficient with your techniques and pay more attention to specific fight strategies. You become a more intelligent fighter, thus taking your skills to the next level.

2) Sharpen All Your Weapons

Nong-O is known for his incredible blend of offense and defense, featuring multiple weapons that he has featured in his arsenal for his entire career. He is a complete fighter, with not just the intelligence to perform at the highest level, but also the technical expertise to execute with laser-like precision and unbridled power.

Learn how to properly throw kicks, punches, elbows, and knees from various positions. Add Nong-O’s signature combinations to your repertoire. Understand which strikes are best utilized at certain times, and learn to spot openings which you can capitalize on.

By sharpening all of your Muay Thai weapons, you become a fully-loaded fighter just like Nong-O, and you instantly raise your game. If you’re looking to learn, not just the basics, but also advanced methodologies of striking, Nong-O can help you gain this valuable knowledge to turn you into a striking superstar.

3) Use Every Limb in Your Body

Muay Thai is also known as the ‘Art of Eight Limbs’ because it is characterized by the combined use of elbows and knees, fists and shins. Despite usually standing in the orthodox stance, Nong-O is considered one of the best ever at kicking from both legs and will help mold you into an ambidextrous fighter. He has been known to switch to southpaw and switch up his attacks throughout fights.

Make your left kicks as powerful as your right. Gain explosiveness from every position, with the ability to launch attacks from every angle. Transform yourself from being a one-dimensional fighter into a diverse striking machine. As a Muay Thai fighter, it is important to be able to make use of all your weapons.

Nong-O will teach you the different training methodologies and routines that will unlock your true power. By training under his guidance, you enhance your striking repertoire to include ever limb in your body with the same amount of effectiveness.

4) Learn to Handle All Kinds of Opponents

With over 300 professional bouts on his resume, Nong-O has seen it all in the ring. He has faced every type of opponent there is to face.

From aggressive knee fighters such as Petchboonchu FA Group and Sagetdao Petpayathai, to technical fighters such as Sam-A Gaiyanghadao and Jomthong Chuwattana, to brawlers and hard punchers such as Pakorn Sakyothin, Nong-O has the knowledge and experience in dealing with different kinds of opponents.

He has fought against fellow legends like Saenchai PKSaenchaiMuayThaiGym, Singdam Kiatmookao, Pakorn Sakyothin, Kongsak Sitboonmee, and many more. By taking Nong-O’s experience and learning from it, you will gain the knowledge of how to handle all kinds of opponents.

Nong-O will help prepare you to operate with effectiveness in any given situation in the ring, equip you with fight-winning strategies and game plans, and prepare you to be at your peak physical condition for every bout.

After multiple world titles, years of fight experience dating back to when he began training in Muay Thai as a 9-year-old boy, Nong-O has started from the very bottom and has reached the pinnacle of the sport over a lengthy career.

By training with Nong-O, you gain insight into invaluable world championship experience. Nong-O doesn’t only know how to win, he also knows how to win championships. You too can reach the very top, under Nong-O’s watchful eye and guidance.

Understand what it takes to reach a certain level, including the sacrifices you have to make in training and fight preparations, good and bad habits, and the mental readiness you need.

An incredible trainer and coach, Nong-O will help you reach your full potential. With Nong-O’s vast world championship experience, you can fast-track your development as a fighter.