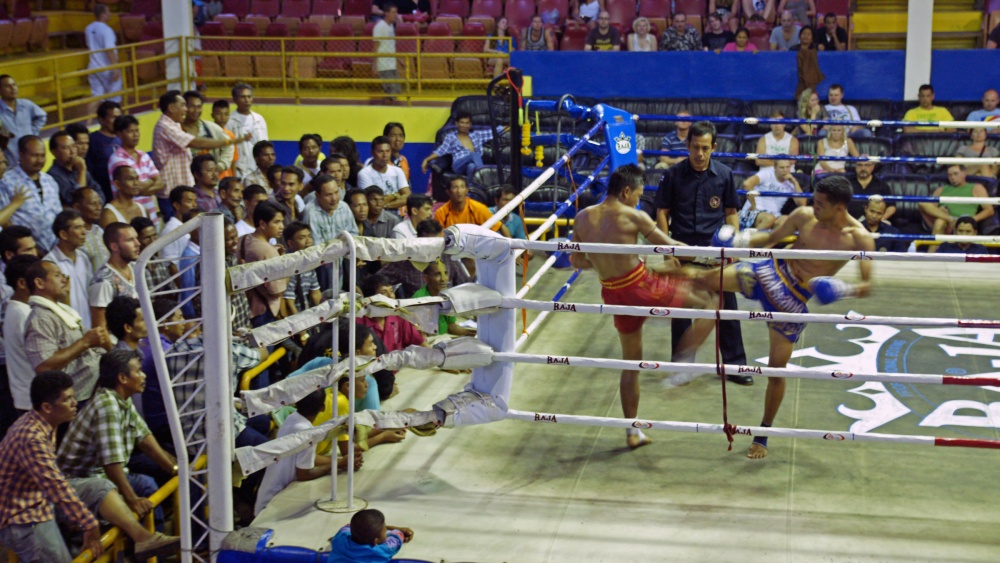 If you’ve ever read our My Life As A Muay Thai Fighter series, you’d know just how tough Muay Thai fighters have had it. Beyond the glitz and glamour of multiple world titles lies a life of near death experiences, hard training, tough love and poverty. But for some of these fighters, the trials and tribulations they faced were a fair price to pay to achieve their dreams. Through these, they were ultimately able to help themselves and their families escape from a life of poverty.

Today, Evolve Daily shares a side of Muay Thai once only insiders knew about. Here are 6 Shocking Facts About Muay Thai Fighters You Never Knew:

1) The majority of fighters started training in their elementary school years. It is common for multiple-time Muay Thai World Champions to rack up to 300 fights or more. This is because they usually start training at around 7 – 9 years of age. Often times, Muay Thai becomes an avenue for young children such as these World Champions to add to their family’s income.

Sometimes, it is the child’s parents who make the decision for their child to become a fighter. The life of a Muay Thai fighter, especially as a child, is never easy. On top of attending school (if he is even given the opportunity to attend school), he has to adhere to a strict training schedule and supplement it with strength and conditioning exercises. Ask any Muay Thai fighter about his childhood and he will tell you that it was one of the toughest times of his life.

2) Many Muay Thai fighters in Thailand can fight multiple times in one month. Saenchai leaning back to dodge a kick from fellow Muay Thai World Champion Nong-O Gaiyanghadao from the Evolve Fight Team.

Unlike western boxing where the fight purse could reach up to millions of dollars, professional Muay Thai fighters don’t earn very much money. It doesn’t matter if they are fighting for a title, or already hold titles themselves. Depending on where they are fighting, professional fighters will earn only $150 (SGD) per fight. If they are big superstars fighting at the well-known stadiums in Bangkok, they could earn up to $4000 (SGD). However, if they are lower ranked, they make even less. This is why some fighters end up fighting several times in a month or more often if they are younger. The more fights they have, the more money they could potentially earn.

3) There is very little money earned in Muay Thai.

As we mentioned above, what professional Muay Thai fighters earn is meagre compared to boxers or MMA fighters. Not only is the purse smaller, the prize money is often divided amongst many people – the trainers, the gym, the fighter’s family, the promoters – the list goes on. The fighter himself gets a very small portion of the prize money, if he even gets a portion of the money at all.

Thus, for some fighters, the temptation to accept money from gamblers is very real. Sometimes, the tips from the gamblers are more than the actual prize money.

Gambling has a great influence in the Muay Thai community in Thailand. Sometimes, it could even affect the outcome of a fight. Gamblers could pay off a fighter to throw a fight or tip a fighter if a fight was won in their favor. However, throwing a fight is a serious offense in Thailand and could have serious repercussions for the fighter. Not only that, it is probably the worst thing you could do as a fighter. If a referee suspects a fighter of throwing a fight, they will stop the fight and disqualify them. The fighter could be banned from months to years, and is usually banished from the community.

The next time you watch a Muay Thai fight in Thailand, pay close attention to your surroundings. Chances are, you’ll spot gamblers throwing hand signals to communicate with each other throughout the fight.

5) Some fighters fall victim to poisoning. Multiple-time Muay Thai World Champion Sagetdao Petpayathai was once poisoned before a fight.

The gambling culture has undoubtedly wrought its harm on the fighters themselves. Because so much money is at stake for these gamblers, some are willing to do anything and everything to sway the fight in their favor. One such way is through poisoning. Sometimes, they will ask a favor from a person closest to the fighter to spike their water with poison – not enough to kill them but to incapacitate them to the point that all their skills would be useless inside the ring.

6) Foes in the ring, friends outside the ring.

Respect is one of the main tenets of Muay Thai. In fact, the first thing a fighter does after congratulating his opponent is go to the opposite corner and pay respect to his opponent’s coaches. Thus, it is not surprising that fighters who frequently meet in the ring become friends, even while they are both active and in the midst of their rivalry. It is also common to see younger fighters get down on their knees and bow to the older fighter’s feet as a sign of respect.

Many of the Muay Thai World Champions, especially the superstars with multiple titles to their names, have fought against each other at least once or twice in their careers. Today, at Evolve MMA, these superstars work alongside and even live with each other. To see them friendly with one another makes it difficult to imagine that they were once using all their power and technical abilities to defeat the other inside the ring.

Happy endings are very rare for a Muay Thai fighter in Thailand. For many of these fighters, the end of their career signifies the beginning of hardship once again. Uneducated and inexperienced, these fighters know nothing more outside the world of Muay Thai and often find themselves back in poverty.

Fortunately, thanks to the growing popularity of Muay Thai, there are many Muay Thai camps mushrooming everywhere today in Thailand and the rest of the world, providing life-changing opportunities for retired fighters everywhere. Finally, these former fighters have a fighting chance to escape poverty and share their knowledge of an art they love so much with the rest of the world.