Here Are 8 Of The Most Awesome Knockout Artists In MMA 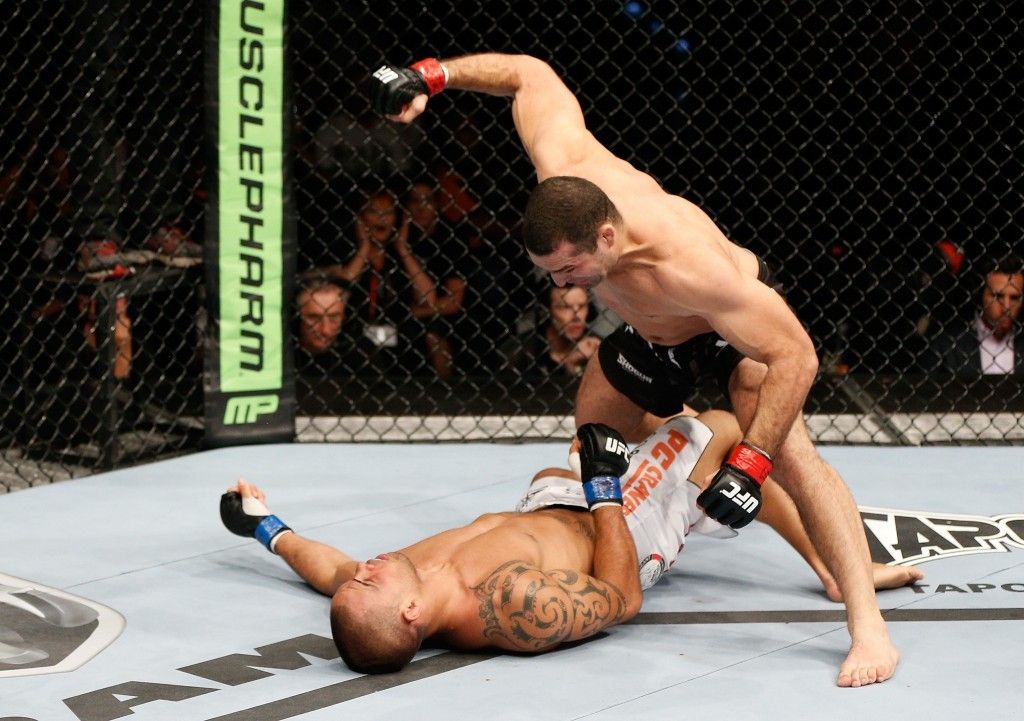 Let’s face it, every time we watch an MMA fight, there are two things we look for: a knockout or a submission finish. After all, who doesn’t love the thrill of an exciting finish? Luckily, the sport of MMA has been blessed with some of the greatest KO artists who know what it takes to bring the audience to their feet.

Today, Evolve Daily gives you 8 of the most Awesome KO Artists in MMA: Silva’s ability to knockout his opponents with a variety of strikes puts him at the top of our list. As the longest reigning UFC Middleweight World Champion, Silva possesses one of the most highlight reel knockouts in MMA. His sometimes inhuman speed and pinpoint accuracy tear through even his most formidable opponents including Forrest Griffin and Stephan Bonnar. One of the most feared fighters in PRIDE FC, Rua showed no qualms about taking his knockout skills to the UFC where he earned the title of Light Heavyweight Champion. Known for his ruthless aggression, he has been known to knockout his opponents with devastating soccer kicks and stomps. His most famous victories via knockout have been over Forrest Griffin, Lyoto Machida, Chuck Liddell, Alistair Overeem (2x), and Quinton “Rampage” Jackson. With a nickname like the “The Axe Murderer”, there’s no doubt that Silva’s name does indeed belong on this list. One of the most aggressive and intimidating fighters in MMA history, his style is deeply rooted in his street brawling past. Unfortunately for his opponents, his technique has only become more refined with Muay Thai and kickboxing, which he picked up at the age of 13. Kazushi Sakuraba, Quinton “Rampage” Jackson, Cung Le and Brian Stann have all been unwilling victims of “The Axe Murderer”. Considered as one of the greatest light heavyweights in UFC and MMA history, Liddell’s savage and aggressive knockouts made him a major UFC PPV draw from 2004-2008. Although he Is mostly known for his powerful punches, his kicks are considered equally deadly. Kevin Randleman, Randy Couture, Tito Ortiz, and Alistair Overeem have all been at the receiving end of Liddell’s knockouts. As part of Croatia’s elite Police Special Forces tactical unit, Filipovic earned the nickname “Cro-cop”, short for “Croatian Cop”. He is one of the best kickboxers in MMA history, earning the K-1 World Prix Champion title in 2012. He’s finished many of his opponents including Wanderlei Silva with his deadly kicks, coining the phrase “right leg, hospital; left leg, cemetery.” With the highest knockout rate in our list, there’s no wonder that Manhoef has earned himself the nickname “No Mercy”.  As one of the most feared strikers in MMA, his explosive striking and incredible combinations have knocked out big names like Mark Hunt, Evangelista “Cyborg” Santos, and Dennis Kang. At his MMA debut, Belfort knocked out his opponent in 12 seconds despite his opponent having a disparate height and weight advantage. Make that a seven inch height advantage and over 100 pound weight advantage. As one of the most aggressive finishers in MMA history, Belfort prefers to swarm his opponents with relentless punches after hitting them with a big punch. Tank Abbot, Wanderlei Silva, Rich Franklin, Michael Bisping, Luke Rockhold, and Dan Henderson have all been witnesses to Belfort’s knockout power. As the current UFC Welterweight Champion, his ruthless, agresssive style has proven to be more than effective. In fact, he has the ability to knockout his opponents with one punch. He’s knocked out Frank Trigg, Melvin Manhoef, Josh Koschek, and Jake Ellenberger – all serious contenders.

There’s no doubt that KO artists are capable of giving their audiences some of the most exhilarating matches in MMA. Imagine a fight finishing in less than one minute – yes, these KO artists can do exactly that.