Can You Switch Stances In Boxing? One of the very first decisions you make when you first walk into a boxing gym is whether you are an orthodox fighter or a southpaw. This, of course, refers to the stance you assume in a fight.

An orthodox fighter stands with his left foot forward and right foot back, the left hand is up guarding the chin while the right hand is cocked, ready to fire away. A southpaw is the opposite. The right foot is in the lead while the left lays back, allowing the very powerful left hand to be in the optimal position to strike.

While most boxers opt to stick to one stance, there a few who like to mix things up. They are called switch-hitters because they frequently shuffle back and forth between orthodox and southpaw with the objective of giving opponents different looks.

Switch-hitters realize many different advantages to their unique style. While it is certainly not for everyone, it is an option if you would like to try.

There are a number of reasons why one would want to switch stances in the middle of a boxing match. Today, Evolve Daily shares four reasons why you should consider it.

1) Throw Your Opponents Off By Switch-Hitting

One of the biggest factors behind the strategy of switching stances in the middle of a fight is to confuse opponents by giving them different looks. Switching between orthodox and southpaw, and vice versa, is known to throw a lot of opponents off track.

This means your opponents have to deal with both stances at different times in a single bout. It could get very confusing having to defend against multiple attacks from varied angles. If utilized properly, switch-hitting is a useful offensive tool.

Most boxers take a couple of rounds to measure each other in the bout, and between each round adjustments are made in the corner. Switching stances often makes it difficult for your opponents to make stylistic and strategic adjustments.

Some of the best boxers in the game known to have employed switch-hitting as part of their strategy are Nonito Donaire, Vasyl Lomachenko, and Terence Crawford.

These boxers knew when switching stances was beneficial to their chances of winning and shuffled between orthodox and southpaw with expert technique. Furthermore, they possessed equal offensive prowess in both the right and left hands.

2) Play To Your Strengths

You may have a powerful straight with one hand, yet at the same time, you may need to use the same hand as a stinging jab. Switch-hitting allows you to do just that. It allows you to play to your strengths in varying levels of comfortability.

Most switch hitters are ambidextrous, which is rare in boxing. Oftentimes, boxers spend the majority of training in only one stance, which in turn results in one hand becoming more powerful than the other. Training both hands and in both stances gives a boxer power from every angle, as well as a dynamic offense.

Again, it must be stressed that switch-hitting is certainly not for everyone. But it is an option worth exploring if you’re up for it.

Who knows? You may be effective with switch-hitting. Or maybe you aren’t. The important thing is to play to your strengths and defend against your weaknesses. Needless to say, practice everything in the boxing gym first and see how it works. Then make the decision later on.

3) Practice The Rare Technique Of Shifting

Shifting is a long lost technique in boxing. It is an effective offensive technique involving footwork.

Shifting was heavily utilized in the older systems of English boxing and Savate. It involves “shifting” between orthodox and southpaw stances seamlessly within combinations.

Shifting, when executed at the correct time and distance, allows a boxer to generate maximum power specifically when chasing down retreating opponents. Notable boxers who have been known to use the shifting technique include legend Jack Dempsey, and middleweight king Gennady Golovkin.

By launching a straight down the middle, and then immediately shifting to the opposite stance to launch another straight, and then shifting stance once again, a boxer can deliver a relentless stream of power punches on a retreating opponent.

If you’re looking into mixing up your stances, you may want to incorporate shifting into your style. It’s rare, but can be effective in a number of situations if executed correctly.

4) Move Away From Your Opponent’s Power Punch 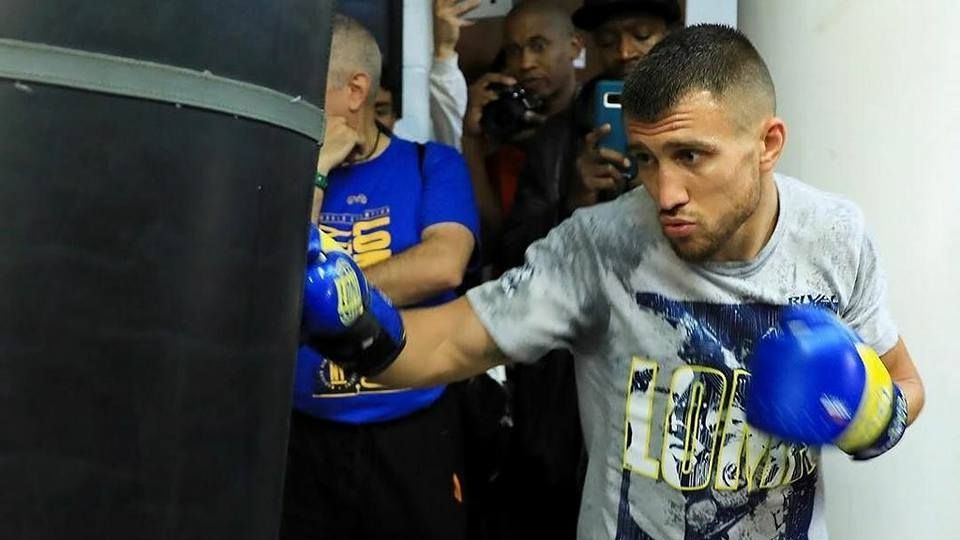 Changing stances from orthodox to southpaw can also be used on the defensive end. In some cases, an opponent may have a power punch that is hard to deal with. You can then switch stances to put yourself in a position to move away from an opponent’s power punches, pivoting out of danger.

By switching stances, you can nullify an opponent’s offense. Even more, you can throw him completely off his game and confuse him, especially on the defensive end.

A lot of high-level boxers use this defensive strategy as a mid-fight adjustment. Boxing, in many ways, is as much a mental game as it is a physical one.

So to answer the question, “Can you switch your stance in boxing?”. Yes. But it takes a lot of practice in the gym and a special kind of fighter to be successful at it. Give it a try and see if you’re comfortable with it.

If you’re looking to add a whole new element to your boxing style, try mixing up your stances!