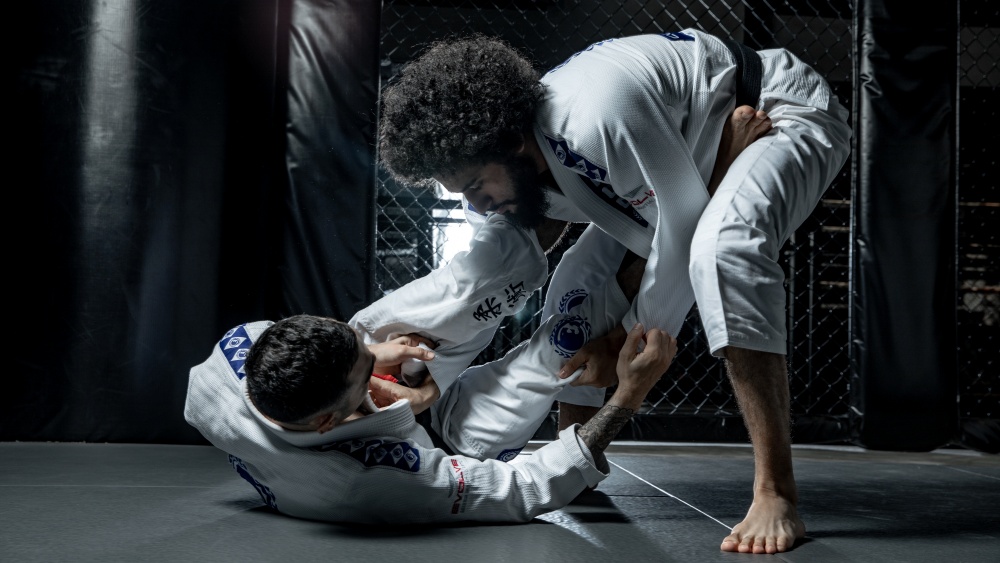 The lasso guard is a type of open guard in BJJ that uses leg and sleeve control to immobilize the upper body movements of opponents attempting to pass. Already a powerful open guard itself, the lasso can become more dangerous when combined with other types of open guards such as the spider guard.

This article will give you a complete guide to the BJJ lasso guard. This is a great addition to build up your defensive repertoire.

What Is The Lasso Guard?

As mentioned above, the lasso guard, also known as lasso hook, is an open guard typically learned by BJJ students to build a strong defensive game. It creates a mismatch as you get to wrap the opponent’s arm with your leg while you control his sleeves, making it difficult to remove. This gives you opportunities to attack for sweeps and submissions. This restricting attribute makes the lasso guard one of the most powerful guards in BJJ.

Although the lasso guard is generally taught to students with a clear understanding of the basics (such as blue belts and above), anyone regardless of rank should consider exploring the lasso guard as it may help level up your game.

How To Perform The Lasso Guard

The lasso guard is performed by first laying back on the mat. Apply a lasso hook by lacing your leg over the opponent’s arm as you grab his sleeves on the same side.

It is typically used when an opponent looks to pass the guard from a squatting or kneeling position. It is even more effective when the opponent stands up, making sweeps a more viable option.

Shown by Brazilian Jiu-Jitsu Champion and Evolve Instructor Gamal Hassan , the lasso is applied by first laying flat on your back and creating angles.

To create an angle, post your far leg onto the opposite hip of the opponent, slightly lifting him as you move your body sideways. This creates an opening near your opponent’s arm.

Apply a deep lasso hook that goes all the way to the armpit. This significantly immobilizes the arm, blocking his biceps with your shin and filling the space between his armpit and lats as you control his sleeves with your grip.

The next step is to grab the opponent’s far leg with an underhook while gripping his pants. Draw your foot out (the one lassoing the arm), and create a foot-to-foot connection with your opposite leg as your knee blocks the belly, off-balancing the opponent.

Finally, take the opponent’s base out by transitioning to a stiff arm from the underhook on the opposite leg earlier while still maintaining the grip. Finish the sweep with your knees to guide the opponent, landing in the side control position.

The shallow lasso guard is typically used with other types of open guard, such as the spider guard. It is used as a base where you can transition to other available guards; this means that you generally don’t generate an attack when inside the shallow lasso position. Similar to the traditional lasso, start the shallow lasso by laying flat on your back and applying the lasso hook.

Unlike the traditional lasso, the shallow lasso only applies the hook above the opponent’s bicep and not all the way through. Likewise, your other leg is used to post to the opponent’s hip.

The shallow lasso typically requires you to stay square with your opponent, as this is used to transition and combine with other open guards. If the opponent grabs your pants, the spider guard on the opposite arm opens up.

Remember that if you can post your opposite leg on the opposite hip of the opponent (and if you can post it on his biceps), you can always transition to the De La Riva guard and sweep him from there or apply submissions such as the omoplata.

One way an opponent may react against the shallow lasso is by standing and posturing up. If this happens, transition to the sit-up guard and apply a cross sleeve grip. From there, you can start building up your offense by either sweeping, taking the back, or transitioning to De La Riva.

Another way an opponent may react is by backing up. When this happens, remove the lasso and post on the hip instead, but maintain the single sleeve grip.

The basic controlling mechanics of the shallow lasso is that you will frequently be switching between the double, collar, and cross sleeve grip with your opposite hand, as your primary hand maintains the sleeve grip and the lasso.

Keep in mind that when playing the shallow lasso, always keep both your hands and feet active as there will always be lots of options available. This accessibility to options makes it a versatile open guard. It’s straightforward to go into as well.

Submissions From The Lasso Guard

The most common partner of the lasso is the spider guard. This is when you use your leg to apply the lasso and the other to apply a spider guard on the opponent’s opposite arm. Below are three submissions: triangle, cutting armbar, and omoplata. These techniques can be performed from the lasso spider guard combination, as demonstrated by Bismarck Gomes, BJJ World Champion from Evolve MMA.

Sweeps From The Lasso Guard

Like every other type of open guard, the lasso guard can be used to sweep the opponent. As mentioned earlier, the key factor in making the lasso guard effective is to actively use your hands and feet. Watch the four lasso guard sweeps shown by MMA Leech, namely the balloon sweep, two tripod sweep variations, and a lasso x-guard sweep.

As with all techniques in Brazilian Jiu-Jitsu, the more time you spend honing the lasso guard, the better you will be in anticipating your opponent’s movements. This experience will make it easier for you to apply sweeps and submissions, or even transition to other guards if need be.

If you are fairly new to BJJ and are looking to learn the lasso guard, always seek the help of higher belts, as well as your instructor. Have fun on the mats, and keep grinding! 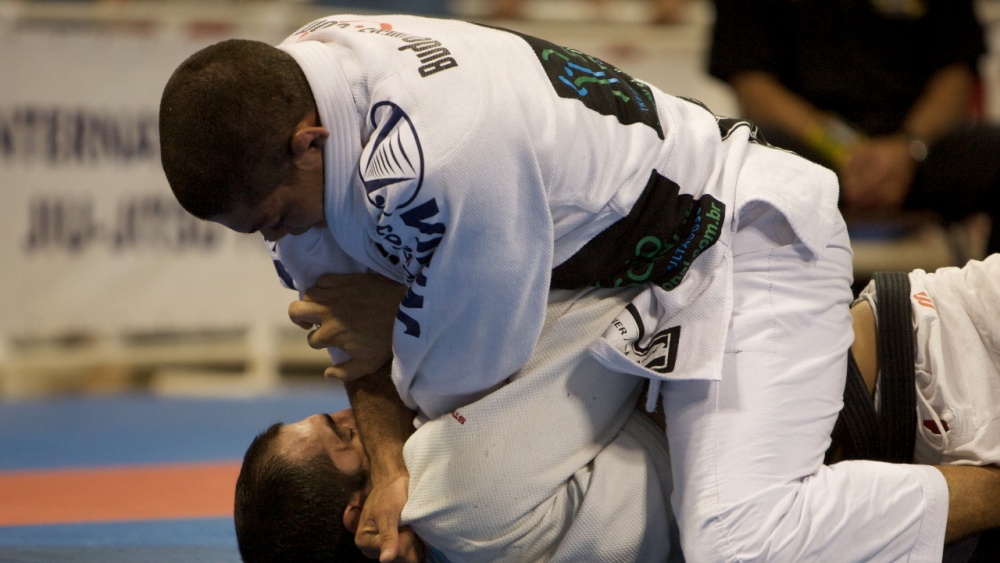 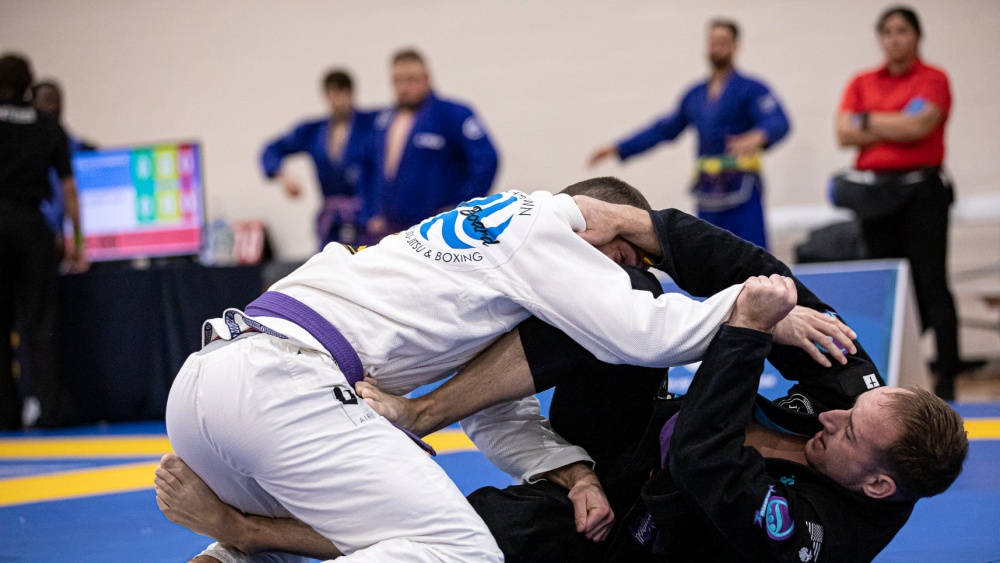