Evolve Student and BJJ World Champion Constance Lien has been named “Athlete of the Year” for 2019 by major news outlet The Straits Times in Singapore.

The 20-year-old Lien practices and competes in the art of Brazilian Jiu-Jitsu out of Evolve MMA. She nabbed a grocery list of accolades last year to help her capture the award, besting other nominees such as Billiards world champion Peter Gilchrist, Singaporean driver Jonathan Chan, swimming world champion Yip Pin Xiu, and bowling champ Cherie Tan, among others.

“I feel really grateful, and it feels so surreal. I want to thank my family, coaches, training partners and supporters for making this possible,” Lien told The Straits Times. “Without them, I wouldn’t be receiving this award.”

“To all my training partners and coaches, especially Teco Shinzato and Thábata Da Costa Manso, thank you for always pushing me to do better, to be better. Thank you for all the guidance. For never failing to remind me of who I am and what I can do. For seeing the potential in me. This is only the beginning, and together, we will go far,” expressed Lien. 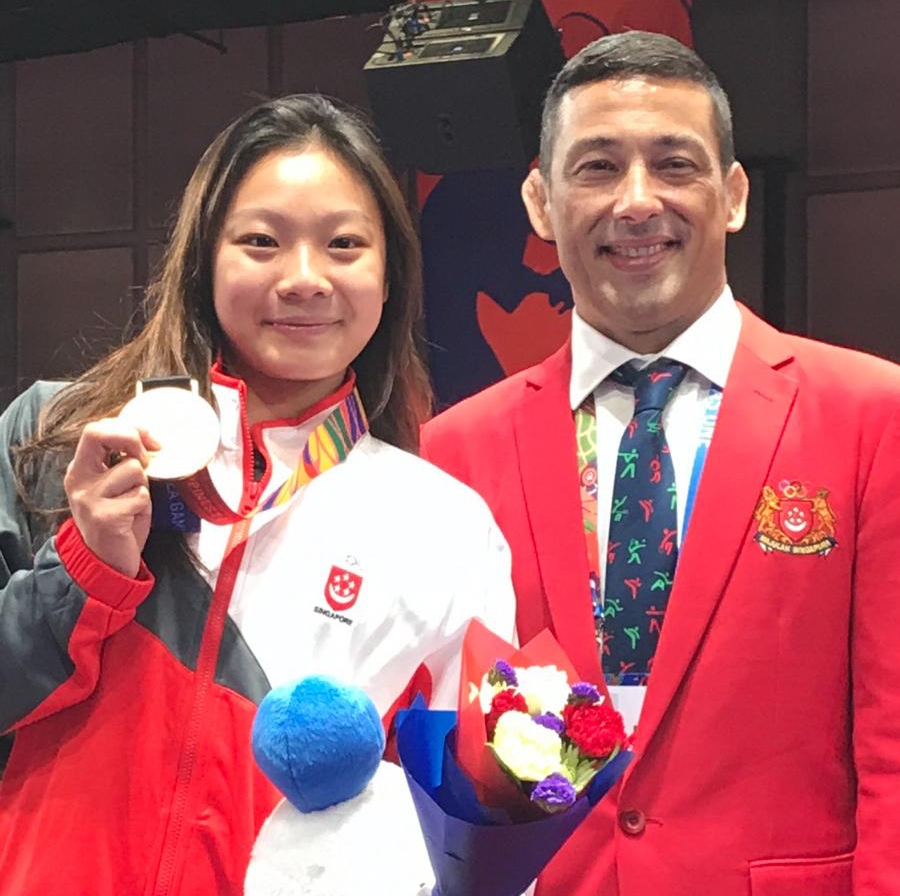 BJJ World Champion Teco Shinzato is both Constance’s coach at Evolve MMA and with the Singapore National Jiu-Jitsu Team.

In 2019, Lien took home a gold medal in the women’s ne-waza U-62 kg category at the Southeast Asian Games. Prior to that, she garnered a silver medal at the 2018 Asian Games.

Lien also won a world championship last year as a blue belt in the featherweight (under 58.5 kg) category at the Brazilian Jiu-Jitsu World Championships in Los Angeles.

“The panel of judges had to consider no fewer than four world champions in the field. But when we looked at who proved most inspiring, Constance just edged it,” said Straits Times senior sports editor Lee Yulin.

BJJ is one of the fastest-growing sports in the country, and Evolve MMA offers an excellent program for students of all levels. Lien started her BJJ journey at Evolve MMA in 2015 and has been training and honing her skills ever since.

Lien has trained under various BJJ world champions at Evolve, including 2-time BJJ World Champion and 4th degree Black Belt Teco Shinzato, who has guided her career as her coach both at Evolve and with the Singapore National Team.

“Since I started training and working with Constance, I immediately noticed her potential. She’s such a hard worker and has always been dedicated to training. I knew that she would quickly rise through the ranks,” said Shinzato.

“I’m incredibly proud of Constance for what she has achieved. She definitely deserves the award. But the best thing about her is that she’s only just beginning. I have no doubt she will go on to win many more awards in this sport.”

Lien is the first from the combat sports spectrum to win “The Straits Times Athlete of the Year” award since it was inaugurated in 2008.