This is how Garry Tonon drinks coffee: first, he looks at the cup, studies the latte art, then proceeds to lean over and lick it off. Whether it’s a new way to avoid getting foam on his impressive mustache or just Garry being Garry, we’ll never really know. But if you’ve ever watched a Garry Tonon match, you’d know that the way Garry drinks coffee is similar to how he faces an opponent on the mat. Tonon appears calm and calculating, then all of a sudden, he dives for a submission. But that’s Tonon and that’s why we love him.

Last year, Fightland called Tonon the most exciting man in grappling. His unusual style of grappling has had many BJJ traditionalist tongues wagging. Tonon’s willingness to give up superior positions is frowned upon in the context of regular BJJ. However, those who are familiar with Tonon’s style and mindset know that this is just the beginning of his master plan each time he steps on the mat. And what exactly is Tonon’s master plan? To submit his opponent, via leg lock preferably of course.

Just as Tonon never fails to excite on the mat, in a face-to-face interview, Tonon is just as unpredictable. “I have ADHD,” Tonon explains, “See this plant? If I were 10 years old, I would have probably taken it apart.” Tonon gestures to the plant on the table, looking as if he is fighting the urge to take it apart at that moment. ADHD, short for Attention Deficit Hyperactivity Disorder, is a brain disorder marked by an ongoing pattern of inattention and/or hyperactivity-impulsivity that interferes with functioning or development. Today, only 10.2% of children 5 – 17 years of age with ADHD are diagnosed. It is a misunderstood condition that often goes undiagnosed through adulthood. In fact, studies show that 85% of nine million adults with ADHD will spend the rest of their lives going undiagnosed.

Luckily for Tonon, his mom was more than familiar with ADHD. As a recreation specialist at a non-profit organization for children with special needs, she was more than aware of what he needed for his ADHD. It was her job to ensure that the kids she worked with had the social skills they needed to function in normal social settings, and because of her experience, she did the same for Tonon. “I was always doing lots of sports growing up,” he shares. “I did track, wrestling, gymnastics, cross country, pole-vaulting – my mom encouraged me to do all these activities because she knew that was the best way to develop social skills.” Wrestling in particular, stuck. But after wrestling for four years, Tonon was looking for something different. 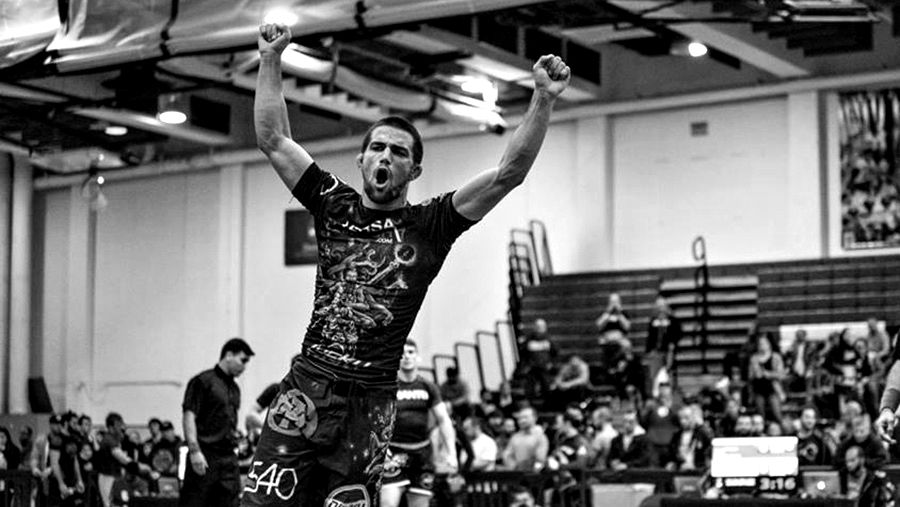 Garry Tonon has made a name for himself with his vicious leg locks.

“I wanted to learn something,” Tonon said. “Wrestling just wasn’t the cognitive environment I was looking for.” One day, a wrestling teammate told Tonon about jiu-jitsu, and immediately, Tonon’s interest was piqued. “My friend told me that it was just like wrestling, except you get to strangle people,” Tonon laughed. “Naturally, I was curious so I watched him compete. And I knew right there and then that I wanted to try it out.” At 15, much to his mother’s dismay, Tonon started Brazilian Jiu-Jitsu. “It was great,” he said. “It allowed more of a learning process and really forced me to think.”

As a kid with ADHD, once he was interested in a technique, it was difficult for him to think about anything else. Thanks to hyperfocus, a confusing and common symptom of ADHD, Tonon was able to get into a state of intense focus while he was learning techniques. Unbeknownst to Tonon, his ADHD worked to his favor as a BJJ student, and even as a competitor. Today, he realizes how having ADHD has influenced his style of grappling. “My style is scattered, I’m always all over the place. I’m thinking about this, and that. I go from move to move, always transitioning,” says Tonon. There’s no doubt that Tonon’s dynamic style is what helped him rise to the pinnacle of the sport. His willingness to jump from position to position and act on impulse is also influenced by his ADHD. “Impulsivity works perfectly in jiu-jitsu because when you’re in a match, you don’t have time to think of options,” he explains. “If you act on instinct, you’re much more successful as opposed to sitting there and waiting (for your opponent). Although BJJ is a cognitive sport, sometimes you need to act on the instincts you’ve developed in training to be successful and act on snap decisions.”

Garry Tonon with ADHD makes a lot of sense, especially to those who are familiar with his style and persona. Suddenly, it is as if the reason behind all the quirks, lightning fast transitions and submissions becomes clear. Perhaps we could all take a page out of Tonon’s book and learn how we can turn our supposed weaknesses into strengths.