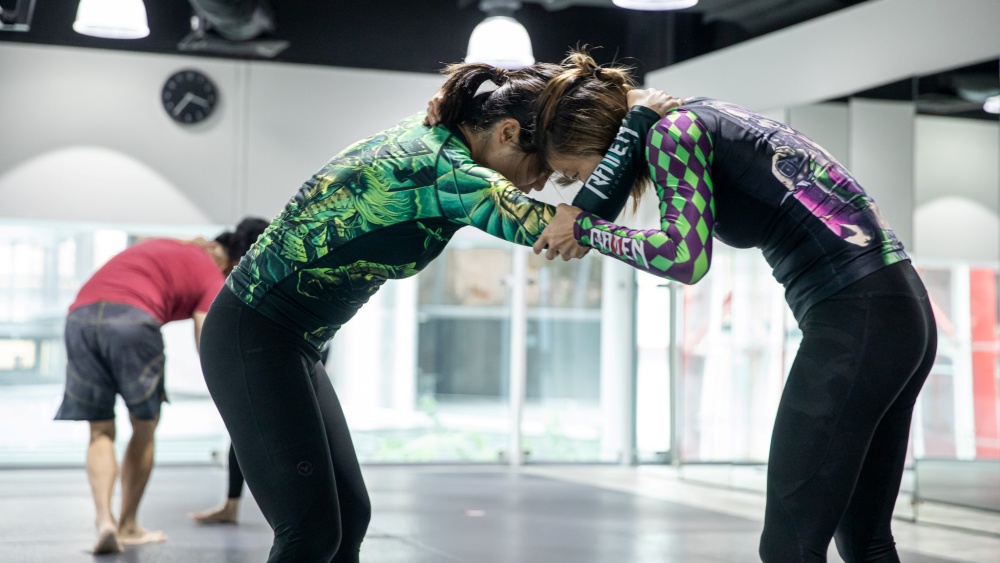 Establishing a dominant grip in BJJ is an important factor that can dictate how and where the match goes. Starting from the standup where all matches start, staying attached to the opponent by using grips will allow a grappler to set up throws or takedowns that will assert his dominance in the match. In this article, we will talk about the gripping strategies in no-gi BJJ that will help you become a more dominant grappler.

Importance Of Grips In No-Gi BJJ

In BJJ, grips are applied in all positions, starting from standup and to the ground. As mentioned above, a dominant grip can control a match. Grapplers can use the established grips to attack or limit an opponent from doing certain movements.

The importance of grips is that it gives you the ability to control the opponent to prevent him from attempting takedowns, guard passes, and defensive reactions such as getting an overhook, underhook, or posting. Getting the wrist or head control opens the possibility for sweeps and submissions in some scenarios, especially when on the ground.

Although having a dominant grip is vital in controlling the opponent, this doesn’t mean that you should apply a death grip to stop the opponent from moving in place. Other than it quickly wears out your grip, the more you resist the pull, the easier it is for the opponent to pull out. You must therefore learn to follow their movements.

It gets harder to keep your preferred grips in no-gi, especially in the later stages of a training session or match. Hence, it is ideal that you know how to apply grips efficiently. Below are the grips you must look for and the things to consider in no-gi to effectively control your opponent at the crucial moments of a match.

The overtie is a collar tie applied from the outside. It is applied when an opponent grabs you with a collar tie, and you put a collar tie on the same side, resulting in an overtie. Overtie is a great way to use your grips defensively to move to sides and get angles. Circling makes your opponent follow you, thus, opening an opportunity to go for a takedown.

Successfully controlling the wrist of the opponent will limit his ability to set up his techniques. In a standup position, it is common knowledge in grappling to not let your opponent control your wrists unless you are setting up a move like the Russian armtie snap down or a flying armbar. Matches start by setting up grips, and your ability to control the opponent’s wrist will restrict him from advancing into his game plan.

As mentioned earlier, it becomes hard to grip an opponent in the later stages of a match. To apply efficient wrist control, aim for the slimmest part of the wrist (above the ulna) and apply your grip where your middle finger connects with your thumb. Even though it’s easy to break grips in a standup grip fight, using a two-on-one grip can work as an alternative.

The two-on-one grip is relatively powerful in no-gi, both in open and closed guard. With the use of a two-on-one grip, you can stop an opponent from passing the guard, particularly in the closed guard. It can be used to set up arm drags and take the back or to simply pull your opponent to enter a type of open guard like the butterfly guard, set up sweeps, and submissions.

An ankle grip is commonly seen in open guards such as the De La Riva and is used to sweep opponents with techniques like the double ankle sweep. Gripping the opponent’s ankle is one way to apply kuzushi effortlessly. It can also be used for takedowns, which is famously known as the ankle pick.

Grip fighting is crucial in no-gi BJJ. As matches start by setting up grips, an experienced opponent knows it is not wise to give away grips, as it runs the risks of getting controlled. Therefore, you must practice grip fighting to apply grips on a resisting opponent.

As seen in the 6-minute mark of the video, an example of a grip fighting drill includes the deflection of grips, wrist pummels, which is circling your hands to break grips, breaking collar ties, and tradeoff, which is gripping the wrist of the opponent with your other hand to free your hand.

In both gi and no-gi grappling, all matches start with setting up a connection with the opponent by applying grips. Incorporating a grip fighting strategy into your game plan will help you execute your moves smoothly.

Aside from the game plan, it is also beneficial to do grip strengthening exercises such as farmers’ walks, deadlifts, and reverse curls to help with the durability and strength of our grips when the situation calls for it.