Lacking Inspiration? Here Are 12 Sports Quotes To Motivate You! 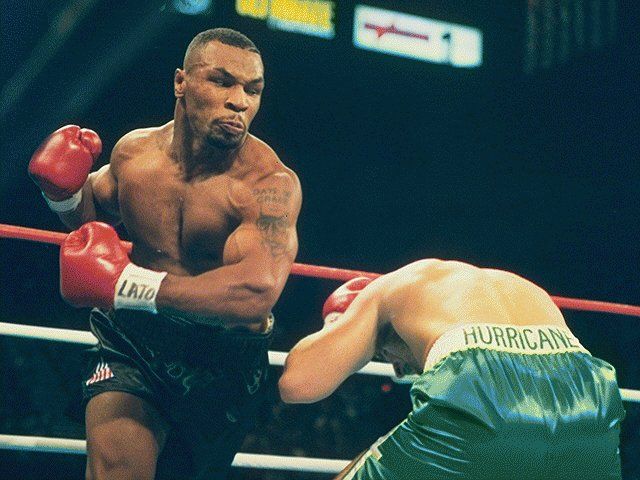 Sometimes, we all need a little motivation. Whether we are competitive athletes or weekend warriors, a push in the right direction could make all the difference.

At Evolve Daily, we understand that motivation goes a long way, especially when you’re feeling down and out. We’ve gathered 12 of the best sports quotes from some of the greatest athletes of all time. They know exactly what it’s like to persevere in the most dire of situations. Constantly under pressure to perform, they have surpassed many and reached the pinnacle of their sports careers. With such profound insights, it is no wonder that they have become extraordinary champions. The more negative we are, the less likely we’ll accomplish anything. By having a positive mindset, we can change the way we face any task and get on with the next challenge ahead!

Winning is not everything – but making the effort to win is.” – Vince Lombardi

We all want to win, but we know that there’s always a chance we won’t succeed. Instead of feeling disappointed about losing, use it as a learning experience to do better. A goal is not always meant to be reached, it often serves simply as something to aim at.” – Bruce Lee

When we don’t achieve our goals, we shouldn’t be disappointed. We should take pride in knowing that we have worked hard to get to where we are. Sometimes, it’s just the journey that matters.

If you fail to prepare, you’re prepared to fail.” – Mark Spitz

The way we prepare for an exam, competition or even a presentation at work determines its success. The better prepared we are, the more likely we are to succeed. When we set goals for ourselves, we should stop at nothing to achieve it, even if it means that you have to work harder than anyone else. Blood, sweat and tears are what makes champions.

You miss 100 percent of the shots you don’t take.” – Wayne Gretzky

There’s no harm in trying. The more resilient you are, the more likely you are to achieve your goals. Don’t ever give up because there’s always the chance to hit! Everybody has a plan until they get punched in the face.” – Mike Tyson

Oftentimes, we’ll come across people who just love giving comments about what you should and shouldn’t do. Unfortunately, they know nothing about what it’s like to be in your shoes. Don’t get swayed by what they have to say and stick to your guns.

The more difficult the victory, the greater the happiness in winning.” – Pelé

Victory becomes even sweeter if we’ve put everything we’ve got into it. Imagine seeing all your hard work come to fruition – there’s nothing more satisfying than knowing that all your dedication and effort was worth it. The difference between the impossible and the possible lies in a man’s determination.” – Tommy Lasorda

You can do anything you want to, as long as you are determined enough to do whatever you can to achieve it. The more you believe in your abilities, the greater the chance you have of fulfilling your dreams.

Show me a guy who’s afraid to look bad, and I’ll show you a guy you can beat every time.” – Lou Brock

If we’ve never experienced failure, we would never achieve greatness. Making mistakes and learning from them helps us unleash the warrior spirit within and makes us stronger. If we always choose the easy way out, we’ll never know what its like to be broken down. Excellence is not a singular act but a habit. You are what you do repeatedly.” – Shaquille O’Neal

We should always work on being the best versions of ourselves possible. Doing so shows others that excellence is not only a one-time thing for us – it is an integral part of our life.

Don’t let the naysayers get to you. You know what you’re capable of and what you must to do achieve it.

Tell us! Which are your favorite quotes?